Treatise on a life 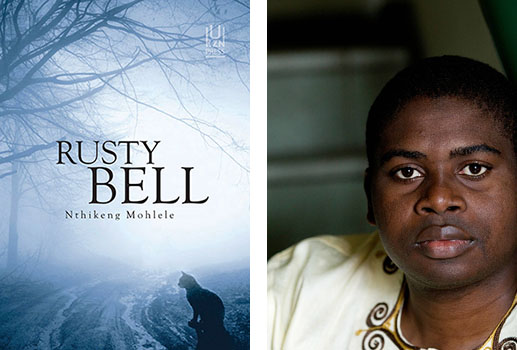 John Rajchman, in Pure Immanence, writes that Deleuze’s concepts of ‘life’ and ‘immanence’ may be understood in contrast to John Locke’s conception of ‘the self’, because whereas the self has features such as “consciousness, memory, and personal identity”, a life – a life, not life, or the life – remains indeterminate and undefined, unfolding according to “a logic of impersonal individualization, of singularities rather than particularities” (8). But what is a life? What constitutes its passage before it gives way to death? At any given time the answer, like a life, remains unspecified, yet immanent. But still, and perhaps largely due to the development of theory of mind, the human is haunted by this unknowability; by the need to know and understand, to interpret and make meaning of, to find the answer to this indeterminate, unspecified state of causality that is always immanent. For what is the use of desire, beliefs and knowledge if not to construe some sense of meaningfulness, of purpose and direction?

Intricate as this may sound, it is a good summary of what we know to be the so-called mid-life crisis, and underscores Nthikeng Mohlele’s seemingly humble novel, Rusty Bell. Like his previous novel, Small things, it is a ‘small’ novel in the sense that it only fills 165 pages. But like his previous novels, it grapples with a large range of issues presented to the reader in lyrical prose. And this is where he differs from his peers because, for me, many South African authors write conceptually interesting novels, but often at the expense of literariness. Nthikeng, however, can’t be faulted at the level of the sentence. I often find myself pausing to reread a passage because of how beautifully he phrases ideas. Though he might be less conceptually bold than, for example, Lauren Beukes, he nevertheless tackles Big Issues. He explores, for example, the difference between moral problems, moral questions and moral dilemmas. What is a life? he asks through his protagonist, the 48-year-old corporate lawyer Michael, sometimes called Sir Marvin for his likeness to Marvin Gaye. What is a life?

Meet Michael, senior partner at Thompson Buthelezi & Brook, “paid obscene amounts to sniff out loopholes in contracts” (1). Meet Michael Junior his son, a typical troubled young adult. Meet Rusty Bell, Michael’s wife of decades. Not an uncommon upper-middle class phenomenon. But before you get lulled into thinking these people follow some ‘normal’ routine, meet Dr West, Michael’s long-time psychologist who has seen him through “depression of various shades, gloomy suicidal streaks, two alcoholic phases that lasted four and a half years and a peculiar addiction to dangerous behaviour” (5), the latest being his obsession with porn or, more specifically, a stripper named Simone. Not that this is unusual in any way these days. What is more interesting is the hint Michael drops on page 11 when he tells the reader that his introduction into the “universe of female bodies, was a rather traumatic affair”. But that is all we get from Michael for the moment; that and a glimpse into his fraying life. But what is a life?

“When I was young, twenty or thereabouts,” Michael tells us, “I pictured a very different future to the one I find myself in. It was not a world I imagined would simply fall into my lap” (11). It was, then, a life open to possibilities and imagination, as we discover when Michael recalls many days and evenings ruminating life with his friend, Columbus Wentzel. Their friendship, like many friendships formed between young adults in their study years, carried a kind of perfection in that it was not weighed down by the responsibilities and burdens most people face in their late twenties and thirties in particular: spouses, kids, day-jobs with long working hours, cynicism, distrust, doubt. It was playful and inquiring, stimulating and comforting. Until Columbus died suddenly from cardiac arrest. But that is perhaps also what allows Columbus to remain untainted in Michael’s memory, unlike Rusty Bell, whom he also met during that time. But, as Michael warns: “If you look beyond the surface, pay attention, examine the smallest of details, you would understand an opaque but liberating fact: that nothing can be done about sex, the most unyielding of human hungers” (22).

Having fallen into a deep depression after the loss of his friend, Michael goes on a self-imposed fast which results in a mixture of delirium and lucidity. Honed by the fire of deprivation, Michael’s consciousness allows for meditation on a single (implicit) question: what is a life? This is the strangest part of the novel as we are introduced to a cat named Clinton K. The connotations are obvious, but it also reminded me of Haruki Murakami’s anthropomorphised cats.

Clinton K muses about speciesism, the unimaginativeness of cat-names, the surplus rubbish created by humans, suicide, fate, the cruelty of humankind, experimental breeding and the futility of it all. But it is especially the last two aspects that are pertinent at this time in the story as the reader has just learned that Rusty visited Michael during his disorienting fasting period and raped him. In a country where an estimated 500,000 women are raped annually, this is a bold statement. Taken in the context of the novel and the question of a life, however, the rape becomes less about Rusty’s unyielding hunger and more about the fact that Michael’s life was irrevocably changed by that moment as it resulted in a pregnancy and the birth of Michael Junior. This one act – the causality thereof – meant that the infinite possibilities open to Michael diminished dramatically. Unless he could completely sever his conscience and walk away from his new-born son and a woman who undoubtedly loved him (even if she acted foolishly), Michael was trapped in a life that had fallen into his lap.

So now what is a life? What is a life when its possibilities suddenly become ostensibly finite; given rather than chosen? These are the questions plaguing Michael, along with patriarchy and the assigned and assumed roles of women and men in the South Africa of the past and the South Africa of today, the enslavement of the worker, the encroachment of family life. But, as we learn, the addictions of Michael’s present and the interpretation of Rusty’s act goes deeper; it is buried in another secret of his even younger self. But what this is I shan’t disclose. I shall leave this for you, the reader, to discover with Michael as you journey alongside him in search of the question: what is a life? This is not a question in search of an answer; it is a question in search of immanence. But what, then, is immanence? “We will say of pure immanence that it is A LIFE, nothing else,” writes Deleuze in Pure Immanence (27). “It is not immanence to life, but the immanent that is in nothing is itself a life. A life is the immanence of immanence, absolute immanence: it is complete power, complete bliss.” It is the quest to understand this immanence of immanence that Mohlele presents to us in Rusty Bell, a subtly crafted novel with a philosophical complexity that, at any given point, is poised for lines of flight.