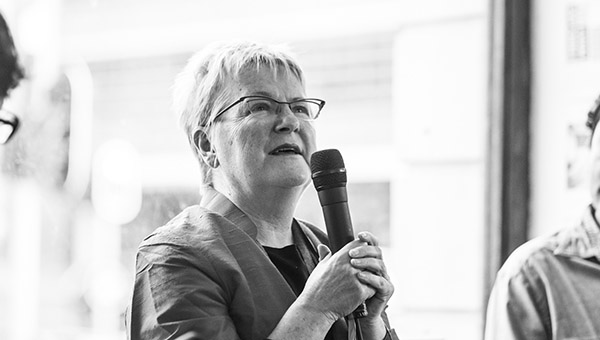 Our evening announces itself with a moment of comic coloniality: the terribly sweet and ancient woman to my left asks me whether I think Hofmeyr’s new monograph will make suitable reading material for her recently-begotten son-in-law. “The reason I ask,” she   says, “is because you’re Indian – I don’t see any others around here. I thought you’d be a fan of Gandhi.” Her panoptic witness is correct in only the most banal regard: once again, I’m shouldered-up against, clustered among, enmeshed within a vastness of white people that would leave any incidental tourist persuaded that Cape Town’s darker-complected are to be found lurking around your car in fluorescent vests; and certainly not queuing up to hear about books. Isabel Hofmeyr opens up by saying that Gandhi’s “textual experiments” – the establishment of a printing press principal among them – “became central to how his arguments about Satyagraha, or passive resistance, unfolded”. She says she aimed to make an “ambitious argument” which elaborates upon Gandhi’s approach to “reading”, discovering its broader existential and political valence. One step in the argument is to develop the practice of reading beyond literature, into swaraj, or “self-rule”, the multiple “processes by which you attempt to build up an ethical self”.

Gandhi was interested in activities which “proceeded at the pace of the body” (walking; spinning; fasting), a kind of slowing-down which acts as a counterpoint to the “vertiginous acceleration” of his times. Hofmeyr says that swaraj “allows one to patiently build up ethical layers; building an interior independence.” She marks reading as one such activity, saying that “reading can only proceed at the pace of the body. You cannot speed up [serious] reading. You can’t outsource it”. These two simple features of reading, she contends, are employed by Gandhi in his quest to think through and theorise the vaster meaning of “independence”.

Imraan Coovadia, the first of this evening’s two inquirers, calls the book a “brief masterpiece”, remarking on its “beauty and purity of thought and sentence,” exalting its hypnotic simplicity. Bodhisattva Kar, of UCT’s History Department, speaks of its cadences, rhythms and tempos, saying that these are “simultaneously the objects of [its] analysis, and an operative principle.” He thinks of the work as a Barthesian “writerly” text, and remarks on this as a “methodological feat”. In response to these two provocations on the composition of the work, and its relationship to its own objects of inquiry (reading/writing), Hofmeyr says that she was influenced by her work in adult education, and that she owes a prosaic debt, so to speak, to Gandhi himself, who spoke of the “spiritual discipline of writing”. If one were to coagulate the various glimmers of Gandhi’s philosophical personality, which emerge over the course of the evening, it becomes plain that he was a man who triumphed in the microcosmic, the personal; the singular acts of resistance that could accrete by force of numbers into a radical tremor of genuine social change. 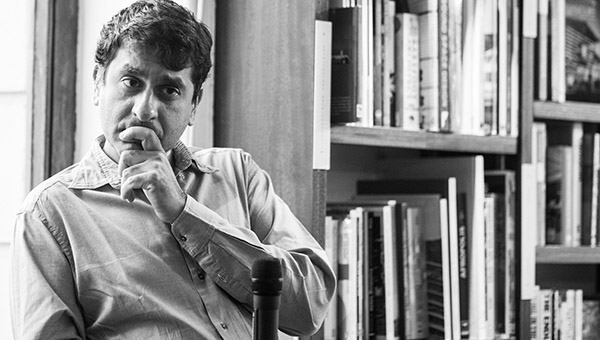 Coovadia says that this new work is, in some sense, “outrageous” in its focus on an “unexpected part of Gandhi’s life”. After thinking about South Africa as a place of “incoherence, outrageousness and irrationality”, he suggests that the book develops upon the question of “how [to] live in an incredibly bewildering society… how do we train ourselves to respond to it?” This emphasises Gandhi’s attention to spirituality and slowness as possible responses to, as Marx and Engels gorgeously phrased it, “the everlasting uncertainty and agitation” of modernity; where, and I’m compelled to complete the quotation by force of its beauty, “All that is solid melts into air, all that is holy is profaned, and man is at last compelled to face with sober senses his real conditions of life, and his relations with his kind.” Gandhi’s age was one of a shrinking of time and space, increased mobilities, the imposition of new colonial rationalities and bureaucracies; an Order which sought to re-arrange the world in the image of the Imperial Man. Kar excellently points out Gandhi’s resistance to this, by recalling his attitudes to “slowness”, saying that he aimed to “recalibrate the rhythm of reading” and “creatively engage the frightening speed of modernity and capitalism.” Gandhi thus contributes to an ethics of the self. To this, Hofmeyr adds that Gandhi was occupied with the pursuit of breaking the “link between speed and efficiency”, aiming to de/re-value this obsession which threatens to make patience vestigial. She summons one of his magnificent quotations: “Read not the Times; read the eternities” – one way of getting at the sediments of history occluded in the “present”.

Coovadia identifies Gandhi’s Printing Press as both a conservative and radical gesture, one which “reverses economic specialisations… in, of all places, Durban, which barely has any relationship to the written word.” Citing literacy statistics of the era, Kar talks about how “the illiterate read and mis/read Gandhi”, speaking of disorderly readings and the implied or ideal reader Gandhi had envisioned. Hofmeyr responds with the idea that Gandhi’s “ideal reader” was rigourously prescribed and its formulation poses productive questions about “the limits and possibilities of reading”. When attention is turned, toward the end of the conversation, to the legacy of Gandhi’s thought and his continued value today, Hofmeyr says: “The real use of Gandhi now is his critique of anti-colonial politics, its trajectories and where they end up.” 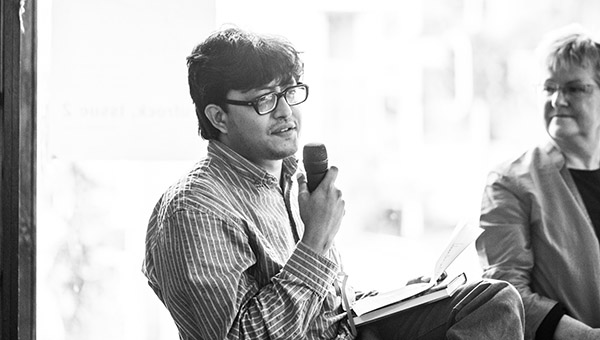 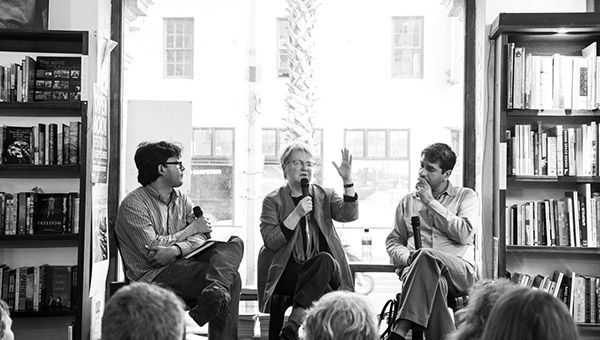