On Saturday 7 May, poets, minstrels, philosophers and musicians will once again come together to reel with verse and veracity at the Spier Poetry Festival, an annual international gathering also known as dancing in other words. Curated by Breyten Breytenbach, Dominique Botha and Neo Muyanga, the event is a further manifestation of a partnership between Spier and the Pirogue Collective.

“The festival will once again be a privileged space for the mingling of voices where we will dream as if we were to live forever”, says Breytenbach. “It is with some knowledge and understanding of the layered diversity of people enunciating this part of the world, the clashes and the caresses of these mountains and winds, of the rootedness of our dreams – that we share what we have to offer to our guests from abroad. How else are we to know that we are one in our meeting of the human-old multiformity of poetry?” says Breytenbach

“The founding brief for the festival was to choose poets over the age of 75 who dance, drink and think poetry is the most unimportant thing in the world that they cannot live without. We have made some concessions for age…” says Botha.

Festival music director Neo Muyanga’s musical themes and leitmotifs are composed and presented during the week’s gathering, and complement the readings on the night of the festival. He says,“In antiphonal response to the calls of our featured poets, we, the chorus, will sing our praises, our sighs, our embrace of solidarity.” Inspired by the festival’s guiding poem, Po Tsju I’s Madly Singing in the Mountains, “we will form ourselves into a chorus of musical voices” he says.

“We believe in the potential of art to transform people and societies. As in previous years, this extraordinary convergence of international poets and poetry is a gathering of great minds that brings big conversations and beautiful moments to Spier,” adds Spier CEO Andrew Milne.

The festival takes place at Spier Wine Farm on Saturday 7 May from 10am. Day-time events are ticketed but free of charge. The Poetry Reading at 7pm, featuring all participants, is ticketed at R220, and includes a three-course meal and glass of wine. 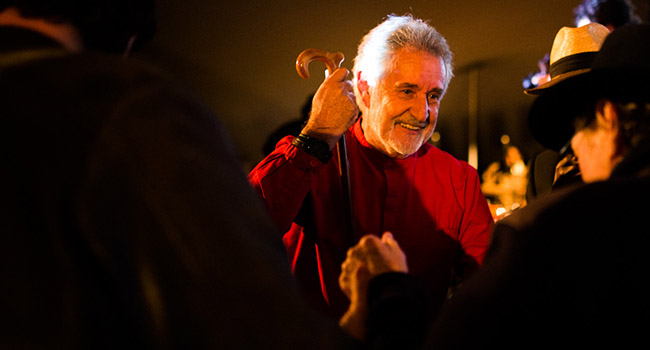 The programme is as follows:

10:00 Conversation I: Is statue smashing the armed wing of political correctness?

Breyten Breytenbach, Michel Deguy, Yvette Christiansë and Keorapetse Kgositsile discuss the question whether the destruction of symbols from the past is binding the wounds of the present or tilting at windmills.

12:00 Conversation II: Even the angel of history cannot bear to look. Efe Paul Azino, Maram al-Massri, Hans ten Berge and Breyten Breytenbach in a discussion on displacement, refugees, exile and the potential of the writer to communally enlarge the space for humanistic comprehension.

Neo Muyanga, Keorapetse Kgositsile, James Matthews and Efe Paul Azino explore the history of protest in poetry and song, and in fighting for revolution, against politics.

16:30 Conversation IV: About wine. About time! Spier Wines will present a wine pairing

About the participating poets:

Yvette Christiansë. South African-born poet, novelist and scholar immigrated with her parents to Australia at age 18; she teaches at Barnard College, New York City.
James David Matthews. Described as a man of talent, compassion and remarkable integrity, The Dissident Poet was born in the Bo-Kaap some 8 plus decades ago.
Proffessor Keorapetse ‘Bra Willie’ Kgositsile, South Africa’s National Poet Laureate, is considered one of country’s most distinctive poetic voices since the l960s.
Born in Paris in 1930, French thinker-poet and philosopher Michel Deguy’s work is admired for its depth of enquiry.
Known primarily as a poet, Dutch-born Hans C. ten Berge has also published prose fiction, essays, and translations.
Widely regarded as one of Nigeria's leading performance poets, Efe Paul Azino has also directed many of his country’s most important poetry events.
Maram al-Massri, 2015 recipient of the Dante Alighieri Prize, is originally from Lattakia in Syria but settled in Paris in 1982. She writes on often intimate topics, in Arabic and French.
Georges Lory, former Head of Alliance Francaise in Southern Africa, has translated to French South African authors including Gordimer, Breytenbach, Krog and Njabulo Ndebele.