The futures of books 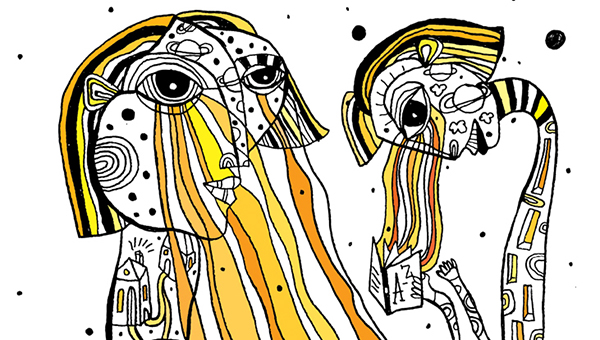 Earlier this year Teju Cole presented a talk at the Melbourne Writers’ Festival titled “The Future of the Novel”. Beginning with the observation that the novel “is a capacious form, one which allows for many kinds of victory,” he goes on to wonder how the novel will continue to evolve – for that has been one of the few constants in its history – in a time when publishers seem overwhelmingly to favour fiction that is safe, that is guaranteed to sell, and that will win literary prizes.

He asks: “How shall we sustain the novel that has something wrong with it?” Unlike Jonathan Franzen who, in a recent essay, argued that we’re all doomed and largely because of the Internet, Cole is more thoughtful, and identifies in Twitter a future of the novel:

on Twitter there is no “novelist” but there is a novel: Twitter is the continuity of the published thoughts of all the people present on Twitter. It had a beginning, but it has no end … It is the undivided, undifferentiated cascade of thoughts streaming past the timeline that makes me suspect that Twitter is, indeed, elongating the perspective of human sensibility … In a time of commercial publishing and excellent television, the novelist is smaller than ever before. But the novel itself, it seems, is suffering the opposite fate: it is getting bigger and bigger, and gradually swallowing the whole world.

Part of his point is that the ways we read and use books – in whatever form – change over time. This argument was also central to a panel discussion at the recent Mail and Guardian Literary Festival at Johannesburg’s Market Theatre. Titled “No longer at ease – books as agents of insurrection” and chaired by Corina van der Spoel, the discussion included Archie Dick, Isabel Hofmeyr, and Bronwyn Law-Viljoen, all of whom contributed to Andrew van der Vlies’s recent edited collection Print, Text, and Book Cultures in South Africa (2012).The panel considered the multiple histories of books and reading in South Africa, from around the nineteenth century to the present.

Archie Dick’s new book, The Hidden History of South Africa’s Book and Reading Cultures (UKZN Press, 2013), begins, though, in the mid-seventeenth century. Dick, who is Professor in the Department of Information Science at the University of Pretoria, aimed partly to reveal the ways in which common readers – “slaves and freed slaves, poor Muslim and Christian children and adults, soldiers, political prisoners, township activists, and political exiles” – read and understood books.

Dick’s contribution emphasised that readers put books to use in ways unintended – or unimagined – by their authors and publishers. He noted that the physical form of books helped to disseminate banned and politically explosive writing under apartheid. Because they can be torn apart and defaced, books can be more easily circulated and hidden. Indeed, he speculated that there must be many tens of tin trunks full of once-contraband books, buried around the South African countryside.

Also, as the state clamped down on non-fiction titles, anti-apartheid activists began to read novels for their subversive potential: Dickens’s Oliver Twist, for example, was used to demonstrate the pernicious social consequences of capitalism. Dick wondered if it would be possible to assemble a literary canon of the struggle, comprising the fiction members of the anti-apartheid movement read against the state: it would include books by Olive Schreiner, Alex la Guma, Upton Sinclair, Jack London, GB Shaw, Emile Zola, and Shakespeare.

Isabel Hofmeyr, Professor of African Literature at Wits University, agreed that readers have the potential to work against the massive, powerful publishing industry. Referring to her new book, Gandhi’s Printing Press: Experiments in Slow Reading (Harvard University Press, 2013), she made the point that Gandhi was absolutely aware of the ways in which ideas and information were being industrialised during the late nineteenth century.

The printing press and the newspaper, Indian Opinion, that Gandhi ran in South Africa were, she suggested, framed purposefully in opposition to the ever-increasing volume of printed material available everywhere to read at the turn of the century. If the publishing and information machine could not be left behind, then, proposed Gandhi, it could be slowed down. Indian Opinion, which drew on and reprinted extracts from newspapers and periodicals all over the world, was created to be read at a slow (even walking) pace. Understood in this way, reading becomes a means of creating a zone of individual sovereignty.

In some ways, Bronwyn Law-Viljoen, Senior Lecturer in Creative Writing at Wits and Co-Director of Johannesburg-based Fourthwall Books, is part of this tradition of small-scale publishing which seeks out texts that require not only a slow printing, but also a slow reading. She asked how new technologies are changing our physical relationships with books. Books carry with them the traces of their readers and are, to some extent, made to fit the human form. Are new devices capable of reading their readers so effectively?

Indeed, the conversation’s conclusion – which focused on the implications of e-readers, the Internet, and digitisation for books, reading, and readers – emphasised the potential for new technologies to expand and complicate the ways we experience texts. This is not a new process – Dick described the photocopier in 1980s South Africa as a revolutionary tool – nor is it without its politics. The digitisation of documents, for example, is uneven and selective.

But ebooks have, as Law-Viljoen commented, the ability to reveal new virtual layers within books. They help us to read familiar texts anew. Also, as Hofmeyr made the point, they open up access to sources – like newspapers – which would normally have only been found in libraries. In fact, digitisation makes possible ways of searching and analysing these documents that microfilm does not.

What the panel’s conversation demonstrated – convincingly – is that we are experiencing yet another phase in the development of books, texts, and reading. Contrary to Franzen’s anxieties, we will continue to read – but in different ways. We are more willing, for instance, to read both in digital format as well as print books. As Hofmeyr commented, digitisation often increases use of original documents, and allows them a kind of privileged status.

Read more about the future of books on SLiPnet:

The heft and feel of real books

How to be a responsible book lover