Future of Literature I: The Novel 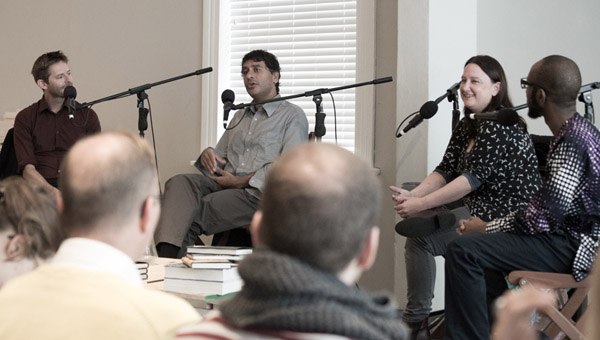 In 1984, Fredric Jameson wrote of an “inverted millenarianism, in which premonitions of the future, catastrophic or redemptive, [had] been replaced by senses of the end of this or that”. Among the phenomena thought in terminal decline, he marked “ideology”, “social class”, and “art”. The “death of” genre has swollen since then, as if after the passing of god and Marx, we should fear all our categories slouching toward mortal extinction. Credit to the organisers for phrasing this seminar in a more hopeful tone: the “future of literature”, which perhaps suggests that something, some ontological narrative desire will survive the worst excruciations of television series, audio-books, multimedia, the breathless geneses of “pulp”, and the fraught cosmopolis of the internet (where the degradations of language occur at both their most asinine and exquisite).

Teju Cole captures the splitting of this question early on, by distinguishing between the novel as a “form”, and the intricate needs for narration to which that form responds. In this more encompassing sense, literature mediates a complex negotiation with reality, and the desire to “narrativise” is the most primordial of its components. “There is always going to be a hunger to respond to the complexity of the world in layered ways,” he says. This does not quite quell the anxiety that certain changes in the technological make-up of society will impact on the novel; that, equally, the old insulations which held the bourgeois novel in an uncrossable, almost holy, space above the corruption of material life have become hopelessly corroded. Indeed, Henrietta Rose-Innes says, “I find it altogether plausible that the novel has been having an historic moment which will not last much for very much longer.” She suggests that “new forms will fulfill that narrative need”, at the same time holding on to the uniqueness of the readerly experience, something un-replicable, magnificent in its ritual intimacies.

Some of the most charismatic provocations of the morning belong to Imraan Coovadia: “Maybe the question isn’t about the future of books, but the future of which books,” he says. “Every year, South African literature is completely fascinated by one kitschy novel […] the real question is, ‘do we hate kitsch enough to create novels’ – because interesting novels really reject kitsch at all sorts of levels – and I’m not sure we do.”

The distinction between form and narration – and to this last belongs, in some way, the whole, glutted province of “culture” – produces a latent tension about what distinguishes literature, and Cole responds handsomely to this divide, saying that “we should be wary of that elision between two things which are different”. He draws attention to the very specific experiential dimensions of reading – slow, sentence-by-sentence, its durational component, “the purity of the medium,” as Coovadia says – and says that “it’s a very specific experience”, wondering “how does that experience evolve?” A few minutes later, he says: “If you feel that language around you is […] poisonously neutered, and we are not being given a good account of our predicament, then one step of radical engagement can be entering a seemingly ephemeral or fluid state, and engaging in acts of language.”

The conversation later turns toward the question of seriality (versus) singularity, and the rise of pop forms – like the much-adored Game of Thrones in both its tele-visual and literary incarnations – which consciously orient themselves toward a repeatability. Cole prompts a brief discussion on the idea of collaboration in literature, and although the panelists consider graphic novels and “multimedia” experiences, they return to the singularity of the novelistic form and their interests in not surrendering this to its mass-accessible narrative contenders. That said, however, Cole speaks of the many ways in which we can get access to a “profound, thoughtful, meditative inner-space”, quoting “seven minute stretches of Radiohead that include very intense and very interior experiences.” He says: “Just because it’s not printed on a page does not mean we give up on that solace, that consolation. We need it […] I don’t think the future is going to be manic all the time.”

By way of brief conclusion, then, all four of this morning’s speakers, including the admirable host, Hedley Twidle – it is a pity that there isn’t space enough here to transcribe his eloquent and productive digressions on Situationism and other topics – offer a complicated, ambiguous, and thrillingly articulate vision of this anxious cultural domain.