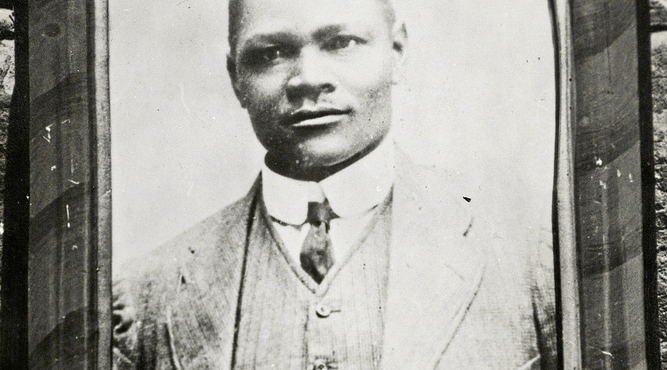 Thomas Mofolo was by far the most significant of the pioneer black African novelists. His three published works were all written during a remarkable spate of creativity between 1905 and 1910 and published in seSotho by the Morija Mission press. Tantalisingly, Daniel Kunene’s critical biography of Mofolo makes mention of a fourth work – L’ange déchu (The Fallen Angel) – which was rejected by Morija and the manuscript of which appears to have disappeared without trace. Locating it should be the dream of every scholar of African literature.

Despite Mofolo’s status, the three extant novels have had a stop-start history of translation into English. The first novel appeared in 1934 in a translation by a British colonial officer called Hugh Ashton (not Harry, as on the title-page of the current Penguin reissue). For those who read French, a better bet is the recent Ellenberger / Ricard translation: even the title of this, L’homme qui marchait vers le soleil levant, has more sparkle than Ashton’s somewhat railway timetable-ish Traveller to the East. Mofolo’s masterpiece, Chaka, was first translated by F.H. Dutton, but Kunene's version for the African Writer's Series has since superseded Dutton's. The middle novel, Pitseng, has had to wait 103 years to hit the shelves in English, but here it is, at last, and at a bargain price of R75.

Like its predecessor, Pitseng is a short novel – not quite 200 pages in the English translation. The plot divides into three sections. In the first, a newly appointed priest and schoolteacher, Mr. Katse, makes his way to Pitseng, a remote village cluster in southeast Lesotho. Mofolo’s account of his hazardous journey is thrilling – and very much in the quest tradition that forms the basis of his Traveller to the East. Here, as throughout the novel, the description of landscape and climate has a vivid, cinematic impact, as does an episode recounting herdboys’ encounters with leopards. Katse finds himself in a community in which neither school nor church have taken off – partly because of the presence of large numbers of Thembu (Sesotho, Bathepu), Basotho of Xhosa origin, who (and here the ideological framework of Mofolo’s work is undisguised) resist attempts at Westernisation. Yet the priest / teacher – fondly nicknamed Katse on account of his fur cap – soon endears himself to the community, who are impressed by his generosity, his integrity and his commitment to work in what is by any standard a hardship posting. Both school and church go from strength to strength, the latter especially when Katse preaches in the subject of true love and bewails the laxity of modern courtship practices.

Katse singles out two young members of the community – Aria Sebaka and Alfred Phakoe – as hope for the future. (Admittedly, the plot of Pitseng doesn’t owe a great deal to the surprise factor). In the middle section Phakoe travels to the Eastern Cape to complete his education and, while he is there, Katse writes to him, invariably sending fictitious greetings from Sebaka, whom Phakoe has no recollection of ever having met. In the last part of the novel Phakoe returns to Pitseng to take over duties from Katse, who has retired due to ill health. The account of Sebaka and Phakoe’s first noticing each other – in church – and then finally meeting and talking to each other, is charming in a daffy, old-fashioned kind of way, and their courtship and marriage is brought off by Mofolo with an aplomb that would have made the Dickens of blithely happy endings envious.

Yet Mofolo’s take on modernisation is not monolithic, as the novel’s central thrust is to lament the breakdown of traditional sexual mores, with the kind of “true love” sought by Katse, Phakoe and Sebaka displaced by casual flirting, free of parental restrictions, and ephemeral relationships. In another didactic passage Mofolo comments: “The modern days are said to be days of light and wisdom, and of progress, while the olden days, the days of the difaqane are said to have been days of darkness ... But in this matter of marriage we have found that the days of old were days of wisdom, and not of darkness and ignorance...”

The novel’s conservatism is, then, syncretic, and massively patriarchal, especially in its treatment of self-willed female characters. Yet however much its conservatism rankles –and although you’d never guess it from the two passages quoted – Pitseng is often fresh and engaging and confirms Mofolo as a master story-teller. For a non-seSotho readership, the English translation rounds out our sense of his achievement and it renders even more acute the question, from what subversive well did his Chaka spring?