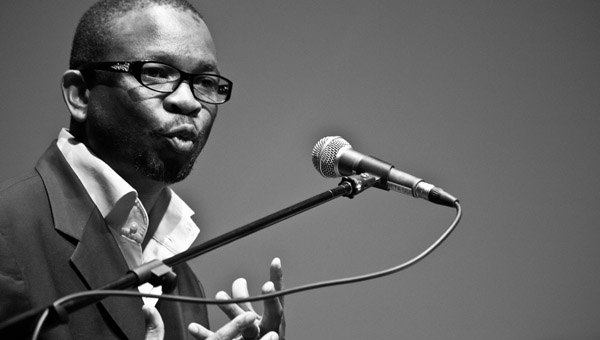 Questioning what might have been is generally a proposition that engenders more detriment than benefit, but for Professor Xolela Mangcu, this point of departure is the question that brought about the first comprehensive biography of Steve Biko ever to be written. On a chilly and sporadically sunny Heritage Day afternoon, the Fugard Theatre is filled with an air of curious anticipation as author and journalist Christi van der Westhuizen introduces the author who has been lauded as the “most prolific public intellectual in South Africa”.

Van der Westhuizen is an apt match as an interviewer for Professor Mangcu, since both authors have a background in the study of the sociology of Apartheid, both have worked as journalists, and both hold positions at prominent South African universities. Van der Westhuizen places the book in context as an exordium to the discussion. She explains how Mangcu’s life and Steve Biko’s are intertwined through their origins in the Eastern Cape region of King William’s Town. She describes how Mangcu’s engagement with Biko’s work distances him from African-American black consciousness, and from the work of Franz Fanon, where it is usually categorised. Instead, Mangcu puts Biko’s work back into the Eastern Cape, and creates a “usable past” for society to utilise in the re-imagining of itself. 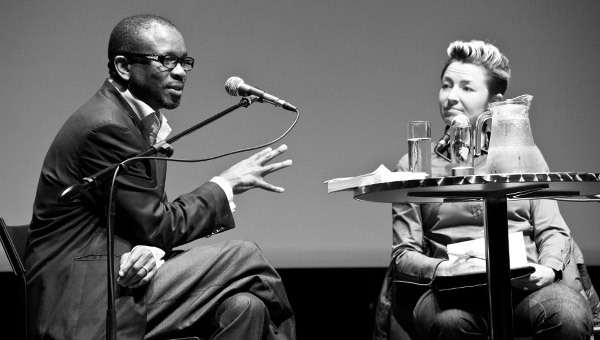 According to Van der Westhuizen, the book has come at a critical juncture in South African history; it is a time where a sense of “unsustainability” pervades the social consciousness. Forces such as the politicisation of state institutions and pressure on the media have lead to what Van der Westhuizen calls “pungent public discourses” that have resulted in the re-racialisation of South African culture. But black consciousness is against more than mere skin colour.

Mangcu assumes the dialogue at this point. “The one thing that Steve Biko brought into political discourse was identity.” According to Mangcu, Biko cast light on the fact that the intertwinedness of black identities is what brought about solidarity. To Biko and to Mangcu, to be “black” meant to be living under the same conditions, regardless of literal skin colour. For Mangcu, this interconnectedness offers the strongest resistance against Apartheid. He makes the argument that history is comprised of mixing culture; his case study for this statement is the inclusion of the “click” sounds in the Xhosa language and how these are what gave rise to the language as it is recognisable today. Mangcu’s point is that no such concept as “pristine blood” or untainted pure culture has ever existed. In fact, he says to the audience’s amusement: “The whole idea makes racism so stupid!”

What Mangcu finds compelling about Biko is his challenge to people that they should think. As Mangcu says, any form of nativism or racial denialism is an easy category to fall into. Instead, people should interrogate their culture, and, as Biko said: “No group should be able to think that their culture is superior to any other.”

This mode of thinking was evident amongst tribal chiefs in South Africa from the 19th century. By tracing the history of the Eastern Cape in his book from these early chiefs up to Biko, Mangcu separates Biko and his ideas from Fanon and the “European structures”. Of course, Mangcu himself counters, we can never pretend “to come from nowhere”. By this, he says, he means that it was indeed European modernity that birthed black consciousness, but what is important is how we engage with this past and challenge its imperatives. “We need to take the world we inhabit and make it our own,” he declares. It is a lack of intellectual interrogation of the status quo that causes people to revert to racism or nativism. “That is why it is called black consciousness,” he emphasises.

It is the emergence of the idea of “consciousness” in the 19th century that inspired both Biko and Mangcu alike. It is the idea that man is not merely a scientific or utilitarian being, but also cultural and emotional. According to Mangcu, the solution to current political problems is the inclusion of a new discourse, namely a cultural one. The discourse that currently dominates political and social conversations is of a technocratic and economic nature. To Mangcu, Biko was the visionary that would have provided this much needed counter-narrative

My experiment for this event was to investigate whether this launch, which forms part of the Cape Town Open Book Festival, would actually inspire me to open a book. The result of my experiment is that Xolela Mangcu is nothing if not inspirational, and his book, the first in-depth biography of the legendary martyr, Steve Biko, will surely form an important part of the South African literary landscape in the near future.

A liberatory experience! Excitement surged through the audience. I was there and people were riveted by the possibility of thinking about that hoary old South African horror ” race ” in a fresh, and yes, liberaring way.
Xolela, younare doing all of us,” black” or “white” or whatever a huge favour by challenging our hackneyd rote thinking in returning Steve B’s thinking to the public discourse in this country.