Posted on August 5, 2015 by Isabeau Steytler

Isabeau Steytler finds that Rebecca Davis's collection of essays is an intriguing and eclectic mix of ideas. 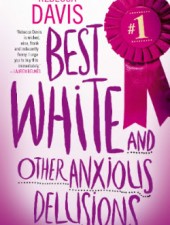 Essay collections have had a good run in the United States recently. 2014 was dubbed ‘The Year of the Essay’ by a number of publications, chiefly due to the critical (and surprising) commercial success of Leslie Jamison’s The Empathy Exams and Roxane Gay’s Bad Feminist. The essay form gained further exposure in popular culture when HBO’s hit show ‘Girls’ creator, writer and star Lena Dunham published a collection of personal essays; Not that Kind of Girl was met with lukewarm reviews but caught massive attention, particularly over the internet.

The commercial success of essay collections is surprising, as, traditionally at least, essays are notoriously hard to sell. The New York Times asked why this was happening now.  An interesting answer came from Cheryl Strayed (author of Wild, now a movie starring Reese Witherspoon wearing a backpack), who observed a relationship between the popularity of Gay and Jamison’s publications and each author’s presence on the internet. Gay and Jamison were both celebrated on various literary blogs and media sites before being published. Strayed writes;

I can’t help thinking their success also owes something to those in the online literary community whose You have to read this enthusiasm spilled over into the real world. By which I mean a whole lot of people went out and bought books by authors they probably wouldn’t have found if it weren’t for the internet.

Strayed further commented that the internet was able to get these women the audience they deserved.  Without it, it is likely that their work would not have reached the same kind of readership.

It’s hard not to see Rebecca Davis’s debut book of essays Best White and Other Anxious Delusions in the same way. I’ll bet a great number of South African book purchasers became aware of Davis through her strong online presence. As a staff writer for the Daily Maverick, Davis’s articles – generally on political and social justice matters – have reached a sizeable audience and given her a reputation as a skilled and reputable journalist. Davis is also a frequent Twitter user, making her trademark witty social commentary to over 24 000 followers. When her book came out, it was met with lots of internet attention: very positive remarks got tweeted and an extract was placed on the Daily Maverick. Thanks to the internet, a lot of people who would otherwise not have considered buying a debut book of essays, went out and bought the book.

Good thing too, because it’s a gem.

The first thing to know about Best White is that it is very funny. Best White manages that rare feat of being hilarious from start to finish (the only other example I can think of being the first Spud book). It’s also insightful, as Davis produces adept social commentary on the world we find ourselves in.  Drawing material from politics, social practices and her own personal experiences, she points out the absurdities and difficulties we encounter in our daily lives; Kindles, internet dating, Fifty Shades of Grey, the ways in which we greet one another (Davis is a staunch advocate of the high-five) all make their way into the book.

The book comprises twenty essays, often arranged around a seemingly inconsequential topic (washing your fruit, the Goldilocks fairytale and weather conditions). Davis uses these unpromising themes to bring race, class and gender into the conversation, delivering sharp social critique on these issues. That’s not to say that the book is full of stringent moralizing: Davis manages to make cutting points without taking herself too seriously or condemning others too harshly.

Her nuanced approach to critique is well demonstrated in the eponymous “Best White” essay in which she identifies the new age version of the South African white progressive, or as she calls it, the Best White. Best Whites can be identified by their proclivity for instantaneously bringing up white privilege in conversation with black people, competing in an anti-racism pageant of their own making and “aggressively spot[ting] and publically denouncing white racism” wherever they go. Many white readers (this one included) might feel a slight blush at being exposed in this way but Davis masterfully saves Best Whites from complete embarrassment by admitting that she too has some Best White tendencies, and that it’s not an unforgiveable trait, just an “exceedingly irritating” one.

Books of essays are few and far between in South Africa. It’s a pity because – as Davis shows – it’s a valuable form of writing which gives writers an unusual lot of freedom. In Best White, Davis writes about whatever takes her fancy, moving between the personal and the world-out-there with great ease. It would be great to see more South African writers publish essay collections. Of primary concern to me, however, is that Davis decides to treat us to another one. It may be a while though, so in the meantime we’ll have to find what we can of her over the internet.