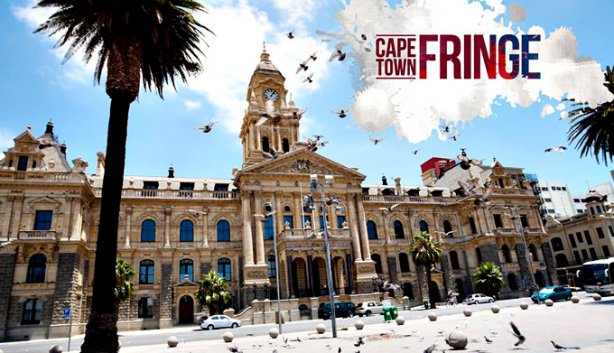 The first inaugural Cape Town Fringe Festival is currently underway, and while the majority of productions I’ve attended so far lacked large audience numbers, the programme itself has nonetheless churned out some impressive offerings. Staged at various venues across the city – City Hall, The Galloway Theatre, Alexander Bar and UCT’s Hiddingh Hall – the festival runs until Sunday.

Based on Kafka's 1917 short story, A Report to the Academy, Na-Aap stars De Klerk Oelofse as Rooi Piet, an ape who has learned how to mimic the behaviour of humans – including walking, talking and reasoning. The performance sees him giving a captivating lecture at an academy on his remarkable transformation from primate to human. What materialises, however, is not a story of freedom, but one of survival.

Opting against simply recounting the story via linear monologue, director Jaco Bouwer (Balbesit, Rooiland) instead draws on physical performance and multimedia to bring Kafka’s existential, often surreal world to the stage. Fragmented, metaphysical and aesthetically striking, through De Klerk’s gripping performance we leave the theatre with an insight into human behaviour and social media’s increasing blurring of the line between that which is sincere/original and that which is replicated/projected.

Another piece that also draws heavily on physical performance in order to highlight aspects of the human condition, albeit this time our perpetual hankering to go against the grain of what is considered “normal”, is Richard Antrobus’ Being Norm. Through graphic mime, vocal effects and clowning, watching this precocious young performer on stage and in his element makes for a highly entertaining theatrical experience.

Visually inspired by Rose-Lynn Fisher’s 100 Tears Photographed Through A Standard Light Microscope, choreographer Ananda Fuch’s The Architecture of Tears investigates that which makes us cry. Performed with incredible athleticism and tenacity by Grant Van Ster, Shaun Oelf and Thabisa Dinga, this poignant piece also successfully depicts the myriad of mechanics behind physical and emotional attraction.

Aiming to articulate that which draws us together is former Standard Bank Young Artist for Dance recipient Bailey Snyman’s If These Bodies Could Speak. Drawing inspiration from the chemical processes occurring in our bodies when responding to various physical or emotional experiences, we find Snyman and co-choreographer Nicolas Haskins sitting on a bed at the start of the performance. What follows is a series of physically demanding vignettes, each focusing on a different aspect of a relationship, executed with ardor and synchronicity by its performers.

Among the other productions I’ve seen that have stood out so far at the festival are Walk: South Africa, a performance piece headed by a formidable cast – among them Rosa Rogers Postlethwaite, Koleka Putuma, Genna Gardini and Siphumeze Kundayi - dealing with rape culture and gender violence in South Africa; Amateur Hour, Jemma Kahn and Glen Biderman Pam's whirlwind show about incompetency and the tragicomedy of life; as well as Ashes to Ashes, Harold Pinter’s play brutally brought to life by Terry Norton and Mark Elderkin.

For the Cape Town Fringe Festival programme, or to book tickets, see www.capetownfringe.co.za and www.facebook.com/CapeTownFringe or follow @CTFringe on Twitter.