‘Oh no they didn’t!’ – Flanery gets it all wrong 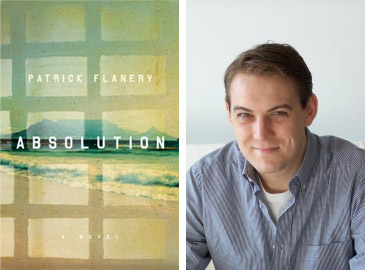 We stop first at the weekend market in the Old Biscuit Mill, jammed with hipster locals shopping for overpriced baked goods … Alongside all that there are still the run-down shops on Albert Road, the car guards with manic arm motions insisting that it’s fine to park on a solid line because everyone does it and the traffic police don’t give a damn and anyways it’s a Saturday so what could happen?

I hope it isn’t true true that South Africans – especially critics – resent Flanery’s barging in just because he’s American. Absolution has elicited divided opinion, with more glowing reviews overseas (see Philip Gourevitch in the New Yorker, for instance) than at home. I sincerely hope the occasional negative criticism it has attracted in South Africa is about more than just a stupid compulsion to defend home turf. I hope it’s because there are parts of the novel that just aren’t very good, for any reader, anywhere.

Absolution is Flanery’s first novel. Most of it is set in Cape Town. Sam Leroux, a writer, comes back home to write the biography of a lionised novelist, Clare Wald. Through their interviews, the connection between Clare and Sam becomes clearer as their shared past reveals itself. Meanwhile, Clare’s moral status becomes murky as questions of her complicity are raised. In addition, Sam is doing his own research into apartheid-era censorship in South Africa.

This sounds promising. But Absolution has a lot of problems to solve, and the strain shows. Two issues are being worked out. The one is in the present and the one is in the past, and of course they are connected. The first is the problem of whether one can come to terms, ethically, with living in one of the most divided, unequal societies in the world. Something people say about Cape Town is that it feels European, and that it’s not altogether part of Africa. This is not necessarily because of the high quality of the restaurants. It’s also because much of the city is hidden from view, by the mountain and the sea, and by the apartheid city planners. It’s possible, if you wish, to pretend that you live in another country altogether.

Flanery expresses this quite clearly, through one of his narrators: “Going back and forth between Greg’s house [in Gardens] and Clare’s [in Bishopscourt], it’s easy to forget where I am. It might be San Francisco, with a few more beggars on the street.” Cape Town is a censored, sequestered city. This brings us to the second problem, the one about what censorship means. Flanery approaches the matter in the same kind of way; he works it out, painstakingly, through the mouths of his characters. In How Fiction Works, James Wood talks about authorial intervention. He uses D.H. Lawrence as an example. His characters, Wood says, don’t sound like separate people; they just sound like Lawrence talking in a woman’s voice, or a groundskeeper’s. It’s all just undiluted D.H. Something similar is happening here with Flanery. It’s not easy to work out complex moral issues through a narrative, but there must be less naked, jarring ways to do it.

For instance, Flanery has his characters undergo laboured conversations where they say things like: “I couldn’t pass her [a beggar] knowing that we were going to spend several hundred rand on raw fish and beer.” It’s laid on pretty thick. The whole book is like this, full of characters agonising over the apparently devastating contrast between spending too much money at a “juice bar” at the Waterfront, and then dithering over whether to pay the car guard R5 or R10. The effect is unsettling, because people don’t talk like this. Authors do, when they’re trying to work out an idea, trying to understand how we live in this country, perhaps. But the book jacket alleges that the novel “shines a light on contemporary South Africa”, and if it’s meant to illuminate the way we are, then there is a problem, because the people who live here just don’t talk like this.

Martin Amis recounts in Experience, the memoir of his relationship with his father Kingsley, the habit his dad had when reading a book he didn’t like. He’d sit there and mutter in a hostile voice: “Oh no they didn’t” or, “Oh no she didn’t” as he flicked contemptuously through the pages of a novel by, say, Virginia Woolf. Often, that’s what you find yourself doing with Absolution. A police investigator questions Wald, saying ridiculous, sinister things like: “You are interested only in blood.” Oh no they didn’t. The investigator says: “You had the misfortune to be a victim. And that is a very grave matter, although some might say that victimhood is a kind of delinquency.” Oh no they didn’t. They just didn’t say that. People just don’t talk like this. It feels incredibly unlikely, and it sets one’s teeth on edge.

So, two problems: the present and the past. The problem of the present is expressed in ways that are immediately familiar. There’s now a South African literary tradition of obsessing over security. To write about this country, apparently, you are obliged to become the poet of the barbed wire fence and the alarm system. It’s getting to be a recognisable literary trope. Michiel Heyns’ Lost Ground and Kevin Bloom’s Ways of Staying spring immediately to mind. Why is this? Maybe you explore white guilt by having a character talk and think much too much about their perimeter fences, or, as Flanery has it, object to “paying for their own imprisonment”. The alarm system, then, comes to bear a heavy symbolic load. How do you show that your characters have a moral conscience? You have them wring their hands at length, at tedious and terrible length, over the amount of security they require.

In this novel, for example, there’s a company that makes security windows. Guess what it’s called. The company’s name is “Tribulation”. Just in case you didn’t get it. You can have a character worry with improbable intensity over the moral issue of security, and you can show that they are not unaware of the suspension of disbelief that living in this country as a middle class person requires.

The book jacket says: “Absolution shines light on contemporary South Africa and the long dark shadow of Apartheid.” What it doesn’t say is that the novel itself has a lot of shadows hanging over it. There’s the shadow of Coetzee. There’s Gordimer. There’s the burden of writing about this country, the impossibility of getting it all in, the moral implications of leaving something out. And there’s another one. Three years ago, Peter McDonald published a book called The Literature Police: Apartheid Censorship and Its Cultural Consequences. The book is extremely well researched. It uses the records of the censors to emphasise the startling fact that what they believed they were doing was creating a safe space for literature in South Africa. They saw themselves as “guardians of the literary”.

McDonald’s research can be overwhelming, and the text raises more questions than it answers. The question of what the consequences of censorship are is difficult to address. One of the outcomes, it seems, was a book like Absolution. How do you fit the counter-intuitive idea of the sophisticated censor into your understanding of how things work? Maybe you turn the question into a narrative. You make a novel out of it. This, then, is one of the consequences of apartheid-era censorship, and of McDonald’s book itself: a novel where the characters get away with sitting down and conducting long, turgid interviews about the role of the censor. Nothing happens in these bits; the reader just has to grit their teeth and endure the process of the idea working itself out. So the problem of the past and the present get forced through the mouths of Flanery’s characters, and you sit there turning the pages and hostilely whispering, “Oh no they didn’t” over and over again.

Absolution works as a title in many different ways. It’s the name of the novel Clare Wald is writing. Almost all the different characters are seeking absolution. South Africa seeks it. And perhaps Flanery does as well. Perhaps it’s impossible to begin writing about this country without making the dutiful rest stops. Perhaps there are things that you simply have to say. South Africa is not easy to write about, not for anyone. The parts of this novel that work, work extremely well. Some of the novel takes place on the N2, and he seems to have almost effortlessly captured the feeling of that highway “beyond the Swartberge, black mountains that reveal their reddish-brownness only once you are on top of them”; of coming into a town where “the white spire of the church appeared first, rising in defiance above the dusty trees”.

These are the parts of Absolution that stick, and which give a sense of what it’s like now, and what it was like then. I hope there are more novels to come. And I hope he’ll get all the car guard stuff out of the way next time around.