What has ethics got to do with it? 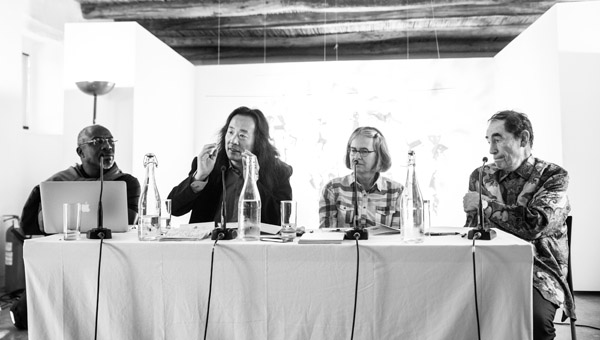 Dancing in Other Words, 10-11 May 2013, Spier, Stellenbosch. Panel Discusssion: What has ethics got to do with it? Participants: Yang Lian, Antjie Krog and Albie Sachs. Moderator: Dele Olojede

Ah! A poetry festival with big names like Antjie Krog, Breyten Breytenbach, Tomaž Šalamun and Ko Un, a South Korean poet who speaks no English, but made me want to weep (the ugly cry) when he read his poem in Korean to the audience. Those are the moments we expect from poets, the moments we as readers seek: to be moved beyond ourselves into the world of the Other so that Self and Other become indistinguishable – the same, but different.

Conversation II failed horribly in my view. To begin with, I think the question should have been WTF does ethics not have to do with it? Surely that’s where any accountability in our language and actions begin, especially when it comes to the translation of other people’s work. Can we speak for others? Should we speak for others? How do we know our representations of them, of their words, their thoughts, their intimations and silent reverberations are accurate? How do we know we’re not Othering them more and reinforcing the frameworks of normativity?

Well, Antjie Krog started off by saying that ethics means you have to talk to someone, to be in dialogue about what this ethics is and what it could or should be. Yet she sat there, not once addressing the co-authors on her panel and rambling off at the audience about how she is interviewed more than what she is read. (The ego, the ego, the ego it echoed silently.) Surely a conversation starts by listening, by hearing another speak, by trying to understand what they are saying and in fact asking whether you understand her/him/them correctly, not barking smug remarks at people who are there to try and find this conversation, who are trying all the time within themselves and with others to find the beginning of a conversation as complex and situational as ethics. Surely it requires a measure of empathy, of openness to the idea that you may learn from someone else, rather than knowing you’re one of the white vanguards of anti-apartheid which somehow gives you licence to treat other people like dust under your feet, which brings me to the next criticism I have.

Here we are, on a farm owned by some of the richest people in our country, trying to build bridges (a theme the poets in Session II loved reiterating), yet the festival is held in Stellenbosch and attended mostly by the white minority and the white vanguards of anti-apartheid who neglected to invite a single poet of other colour from our country. Sure, they invited poets from other countries and other nationalities, but why is it that the white minority is still the voice of our people, of our poets and our writers? I thought the irony was a dagger in the back of every Other voice in South Africa. Some god bless them for their grace and understanding because frankly, I wanted to see some white people shot. The memory of Marikana is strong in my memory still, as is the one of Mido Macia. This session resembled those incidents in many ways. 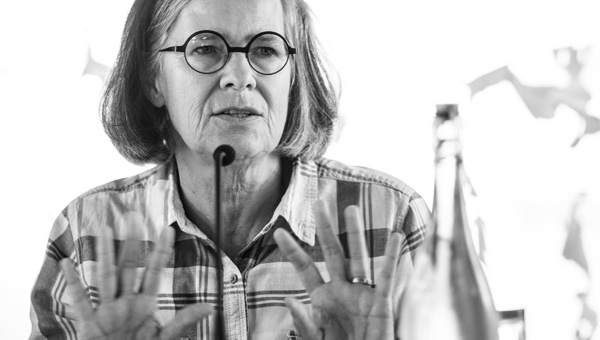 David Shulman was unable to attend the festival and Albie Sachs was invited in his place. Again, like Antjie Krog and Breyten Breytenbach, I respect their work and even like their poetry in the same way I respect Albie Sachs’s work as a judge – their contributions are undeniable – but whereas Antjie was spitting uncouth snippets of language (solely to herself really), Albie was drowning us in sentimentality about the bridges we have built. I didn’t see those bridges though. I didn’t hear them talking about our Black poets, our Coloured poets, our Indian poets, our Queer poets. I didn’t see them in conversation with these people. What I saw was a middle-to-upper class white majority, both on the panels and in the audience, pointing out all the problems without providing at least possible solutions or hiding them behind stories of the ‘rainbow nation’. Where was that rainbow nation, I wondered. Why are they not here? I want to see their faces and hear their stories. I want to learn about a self that is not me but also is. But alas, things were as they have always been. My favourite moment was when an extremely rich woman (who I shall not name here) stood up and asked if it would be better if she was illiterate? No of course not, but that’s not the right question. The question should be why is it that I am literate, that I can afford to be here while my char cleans my house for pittance. Why is it that we are not all literate and WTF can I do to change that? The words of poets are so beautiful, but unless that beauty makes us feel the penetrating pain of others and moves us to action they are just words on a page, not unlike the words I am writing here. 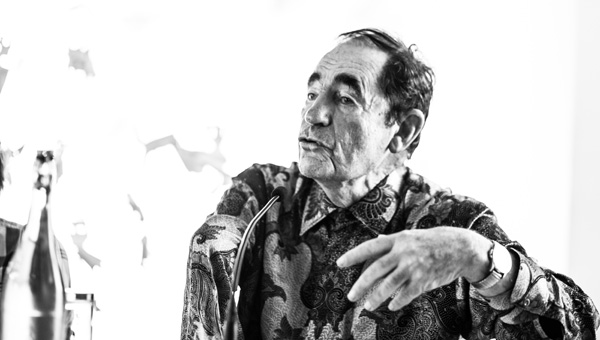 Then again, at least Yang Lian was on the panel. He, as far as I’m concerned, was the only one who added any value to that otherwise laughable session (except for the fact that those hollow, self-important vocalisations made me want to cry for all that is wrong in the world). He told us how poems are not only about the lonely, quiet person writing them, but should consider the larger questions and impacts of poetry. Can you ask a deeper question?

Like him, I ask that too. I ask it of the Krogs and the Breytenbachs of our world, but I also ask it of you and I ask it of me. I ask that we open our eyes to our own blindness, that we cut ourselves open to bleed and to hurt, that somewhere we find grace to stop talking about building bridges and dismantle the structural violence of the world that we no longer see or feel. I ask that we, the minority whites, get angry at ourselves for allowing the injustice – masked just enough to be out of plain sight – to continue. Then we can begin a conversation about ethics. 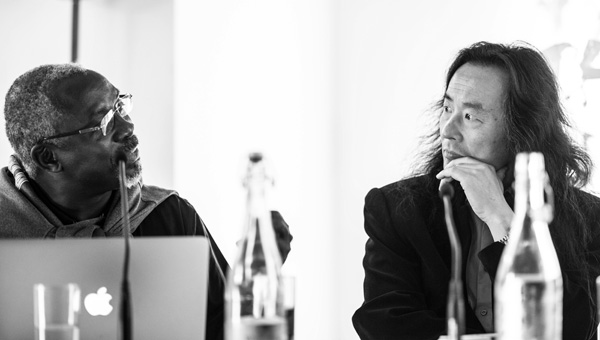