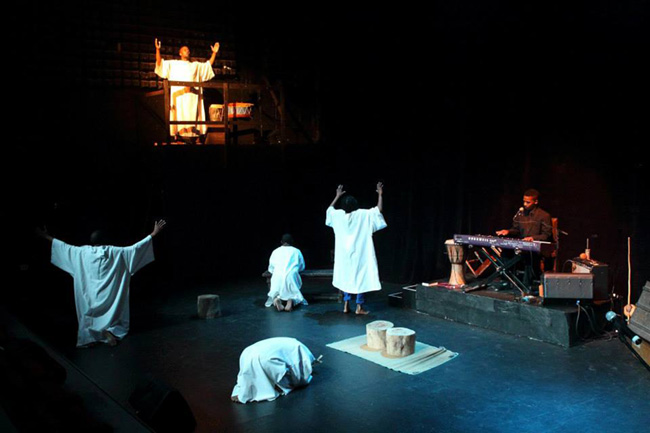 I know, but there, I said it… the English vocation is limited to capture the complexities and nuances of being black – freely, for its requirements lay squarely on blackness being seen through whiteness. It has no space to pronounce the poetics of space without making black bodies exotic or romantic.

I am reluctant to write about what I witness on a coldish Saturday afternoon at Artscape, because I fear to misrepresent the individuals who were part of Izityilelo Zobuze (Nakedness in Revelation). Written text has a way to linger longer than intended, because words never ail – and I fear that… maybe it’s because I come from a lineage of oral tradition…I truly don’t know.

I was excited to be seated and witness a POETRY-cum-MUSIC-cum-PLAY directed by Mbongeni Nomkonwana and Lwanda Sindaphi with a cast of young performative creatives like themselves. How refreshing!‘Izityilelo Zobuze’ is contextualised as an exploration of the concept of circumstantial inheritance committed to a personal and intimate poetic memory and interrogation – a journey with Lingua Franca Spoken Word Movement, a narrative that fuses the complexities of opposing realities and the inevitability of newness that is and is yet to be.

There we were, taken into a trance-like state between time and space – signed, sealed and delivered to ourselves. We had become transient beings, hustled through the musical combustion of the drum, keyboard, guitar and voices. My God! The voices, the singing voices were haunting. Igubu, igubu, igubu awakening and yes! We have been listening!

Ripped into shreds and delicately sewn back by poetic negotiations of the Self and ‘Other’, the private and political, and yes of course, the spectacle. And they echoed these words:

Acquisitioned to call upon our forgotten selves, to awaken from our national amnesia, to love… who said black bodies have no romance? They were wrong! In the midst of socio-political explosion, rites of passage and religious rituals – there it was, the transference of love and romance, the inevitable desire to connect… and yes! They praised woman – from mother to lover, they searched and praised HER!

I walked out having changed my ideas about HOPE, thinking of Dathini Mzayiya’s painting Peace is Dead – I disagree now my old friend, these kids might have something here and for now I will call it HOPE and IMAGINATION (Imagine A Nation). 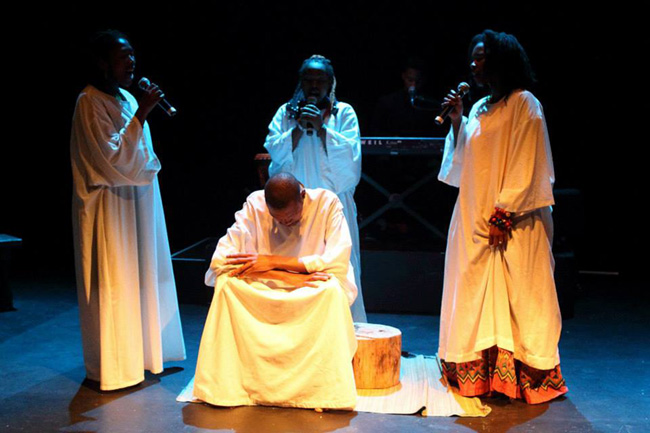 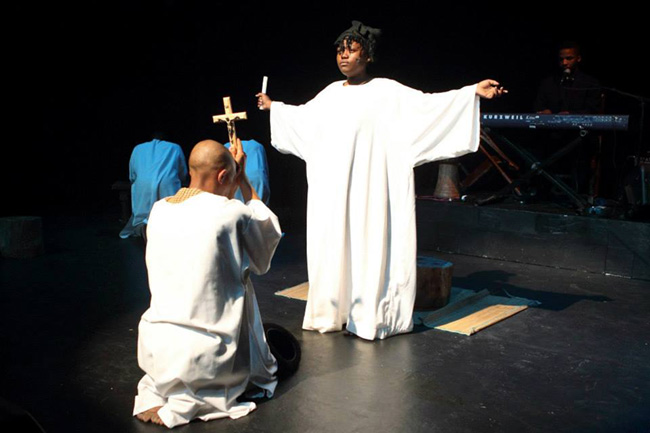 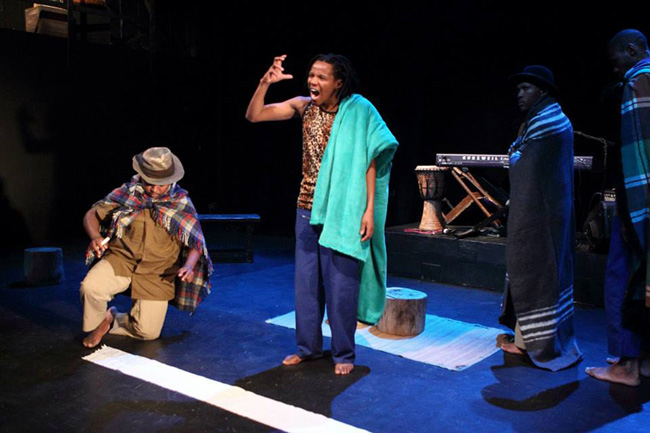 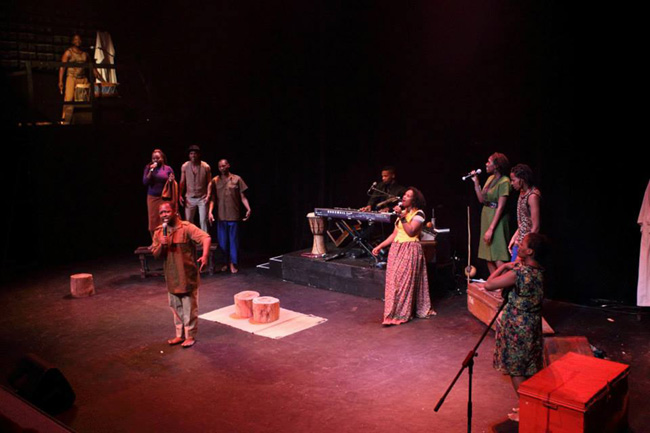