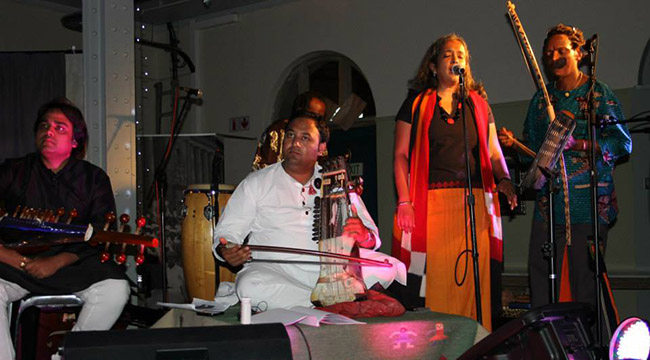 The existence of both the African (exotic) savage and the Eastern (exotic) orient are constructs of the imperialist Euro-Western culture. They are the deepest and most recurring images of the ‘Other’ – existing as a contrasting image of the West, its material civilisation and culture. The exoticising of the (black) African body, is an inscription to a certain extent of a kind of mitis-sage and racial elusiveness. The (black) African as the savage is an unstable body; it is disruptive and dissident and is displayed as an object of difference – erotic, exotic, depicted as the sexualised ‘Other’. It is savage, animalistic, beautiful and alluring, yet bestial. The Eastern oriental, is static and unanimous. It is backward, eccentric, silently different, separate, sensual and passive. It is the ‘Other’, conquerable and inferior to the West – depicted as feminine yet strangely dangerous, eager to be dominated as is exotic. Both the savage and orient are always objects, displayed for narratives to be projected on their bodies. Even in the eyes of each other, their dialect construction are under these terms – their bodies impinge and extend on the terms, internalising them ... The inscriptions of Euro-Western imperialism on African and Eastern bodies, has, to some extent denied them the possibilities of engaging on their own terms. The mirrors they use to reflect upon each other are hand crafted by the Euro-Western system of domination. Thus to the (black) African (exotic) savage body, the East will (for now) remain as the Oriental mystified through the lens of the Euro-Western culture.

There is a conversation happening beneath our feet – across the Indian Ocean – cross continental dialogue of concerned poets and musicians who are on a journey to call upon an awakening of our consciousness. This myriad ensemble of poetic rhythms that sometimes crash on the borders of an instrumental concussion of South African and Indian cords, caused concern but also suggested freedom. I heard screams that were once silenced claim their cry in a language that asked us to search our mother tongues for a translation and to re-remember what the body has been yearning years before we understood that our words speak. Are you healed? – I had ask myself. Was that enough medicine? And the Indian voice resurrected, hit the walls bounced on my lap in a language only my body had somehow grasped and it began an eclipse of vibration. Bekuhona isigulo. Inyanga yavakasha. CAMAGU!

The chairs began to complain, our body vibrations were too much to bear, WHY ARE YOU SEATED? ARE YOU NOT TRANSPORTED TO YOURSELF?

Our work is not yet done. Our work is never done. We, the women. Nomkhubulwane's children. Daughters of the sky GOD. Birth of being. The beginning. The light always finds us waiting.

Before all that we were reminded to mourn through a composition that was aimed at disturbing the listener that played with the tensions of loss, despair and spiritual lament. The sound chaotic and unwanted like death – looming and unwarranted I fell deep into the darkest pit of having once lost so many loved ones but the sound dug me out and said HONOUR AND CELEBRATE A LIFE ONCE LIVED.

Experimentation of screeching sounds – instruments transformed to objects of a dirty desire and possibly an uncomfortable wanting of freedom on a stranger's lip. Captured and lost. Here in this space – time didn’t matter, really. African – Indian… we were just people – present in the physiology of things – human beings bonded through sound and the eternal vibration it makes. Whether you prayed to God, Allah, Buddha, Qamata, Creator – the sound tuned our souls and the soles of our feet. The transformation when a chant from India was rendered in South African melodies! This was not a mere translation but a migration of voices across borders, seas, continents.

It is The Insurrection of Earthworms that contexualised this uprising between the two continents. A poem about revolution and an awakening of the most vulnerable among us – the ones who will remember the land and its sacrifices.

This makes me think that just maybe … just maybe … the colonial language tattooed on our bodies was possibly washing away slowly – I could not clearly see the colonial dictum as this conversation progressed. Here, there is no exotic African savage or exotic Oriental East.