Representing South Africa to the rest of the world 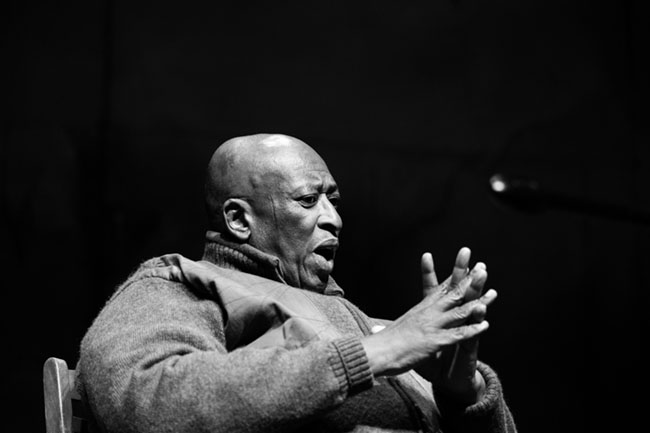 It is a late night session at the Fugard Theatre. The smell of coffee and baked goods drifts in through the door to the right. Everyone is looking at the stage, the three empty chairs and the wine bottles ostentatiously placed in the middle of the table on stage. Margie Orford (Daddy’s Girl, Like Clockwork) appears. Alongside her are a confident Zakes Mda (Cion, Black Diamond) and a demure Deon Meyer (Kobra, Blood Safari). Margie Orford will be questioning the men on their right to act as ambassadors for South Africa overseas. She has wrongly assumed that they consider themselves ambassadors (as did most of the audience). But, it turns out, these internationally acclaimed authors do not claim to speak for South Africa at all, knowing full well how contested that right is.

Zakes Mda is immediately asked about his life in Ohio and how this would influence his representation of South Africa. He recalls the BBC calling him from London, looking for his opinion about political upheaval in South Africa and asking him to explain this “protecting with the buttocks” bit of news. The crowd laughs raucously and he seems to thoroughly enjoy their agreement that it is ridiculous to assume any South African who writes may speak for the country. Mda says he doesn’t call himself the ambassador of any country or group of people because “writing takes you out of the ‘republic of yourself’” – and when questioned about the origin of the “De Clerk” name in his novel, everyone waits to hear him make some comment about the political weight behind it… but it turns out the origin of the name is an overzealous twitter follower who begged to be a part of the novel Mda was then in the process of writing (he has since disappeared). Despite the attention South Africa is giving to the prevalence of violence against women, Mda is quick to remind the audience that his story is based in Ohio and their laws concerning the rights of rapists with regards to the children born out of the act. He admits that “being a South African will come into play” but confirms he is “writing an American story, to make a difference in America”. 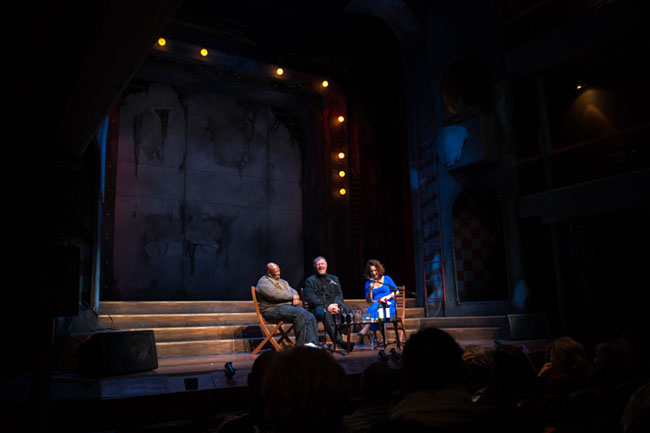 So Orford turns to Deon Meyer – mentioning his novels being translated in more than 25 languages and hoping he will shed some light on representing South Africa. Meyer is not afraid to get to the reason for his writing – to change the perceptions of South Africa’s police and crime. He says that he tries to “bring in as many truths as [he] can” into his writing, declaring CSI “a myth” and enlightening the audience as to why South Africa (and indeed the world) clambers for ambassadors to South Africa: “The world was very invested in South Africa [concerning 1994] and everyone wants to see it succeed and to see it fail, because it’s news.” For this reason, he writes about stories that are accessible to international audiences through empathy and familiarity. When Orford asks him whether it is possible to write about crime in South Africa like international writers do, he is quick to answer in the affirmative. Throughout his discussion, he enlightens the audience about several facts. He tells how the chaos after 1994 held an open door for international crime to come and flourish in South Africa and is only being dealt with now, reminding us that “people make mistakes – it’s a human thing, not a South African thing” and that the police are very aware of the bad press despite their hard (and good) work.

At the end of the session I realise these authors have spent an hour discussing why and how South Africa is not quintessential to their writing and I smile to myself, appreciating the irony. Meyer says his novels are about stories, not just South Africa’s stories, and Mda says he will tell any story that inspires him – but the immediacy with which the discussion turned to South Africa seems to imply that one cannot escape the interconnectedness of authorship and nation, at least not in Cape Town.