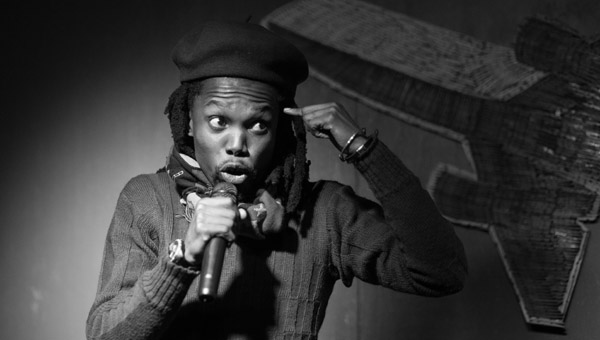 SLiP must be doing something right, as the InZync poetry slam on Friday May 17 saw the biggest audience yet in attendance. More than 300 spoken word lovers squeezed into every nook and cranny the AmaZink eatery in Kayamandi had to offer, in support of the first Poetry Slam of the year.

If you’ve been to an InZync event before, you know what to expect. Passionate poets, an excitable audience, and an electricity in the air that rivals rock shows. Fitting, as emcee for the evening, Khanyisile “The Queen” Mbongwa, finally ushered the audience to silence with the words “the poets are your prophets. Show some respect.” The slam’s well-established set-up saw 20 poets whittled down to a second round of 10 and a final round of five, in which the favoured poet of the night walked away with a grand prize of R1000.

The first round emphatically separated the (wo)men from the boys as a variety of amateur poets took to the stage in a flurry of forced superficial rhyme, leaving the judges unimpressed. A strategic approach to the night proved invaluable, as a previous Slam-winner Vuyo, Kate Ellis-Cole, Allison-Claire Hoskins and Thabiso quickly set themselves apart from the repetitive sentimental bemoanings of a variety of existential states, disguised in superfluous stagger-rhyme. 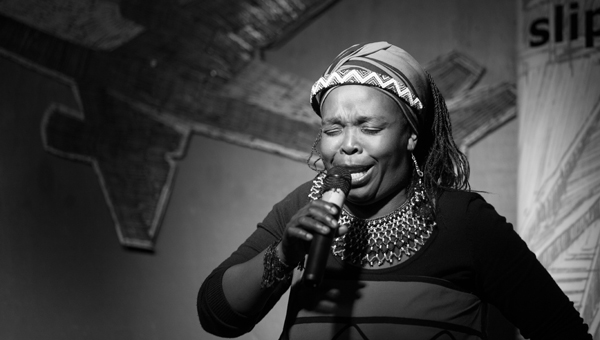 Performed in Xhosa, Vuyo’s “Zulibambe lingatshoni” provided metaphysical commentary through the depiction of an older generation of Xhosa poets, such as JR Jolobe, charging the new generation to “keep the language strong and high”. The alienating Brechtian effect conveyed to those, such as myself, who can’t understand Xhosa, underpinned the poem’s message that Xhosa needs to be spoken, written, and performed. Kate Ellis-Cole, the front runner for the first two rounds, similarly opened with a metaphysical theme as she took to the stage with “Speaking Words” – a poem which addresses the functionality of spoken word itself. Ellis-Cole’s strategic and intellectual choice of subject matter proved successful with the judges as her salutation to the power of the stage and the mike declares, quite aptly, what was arguably the fundamental thesis of the night: “You get up here and you’re allowed to shout, to make a noise and talk about all the things the world wants quiet.” 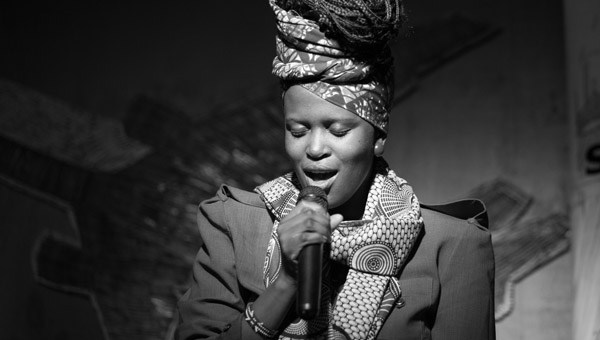 A chat to one of the judges during the break before the second round revealed that flow, performance, comportment and edginess were the significant qualities that prove to be winners. Allison-Claire Hoskins’s well-rehearsed and seasoned “Ag My Hare” fits this bill perfectly as she seamlessly blends phrases of Afrikaans and English with lyrical tones and a literal foot-stomping beat.

Vuyo’s second round performance, entitled “Uchukumis’amathambo”, saw the poet call up the spirits of the ancestors to encourage poets to keep delivering the message. Vuyo’s performance of her poetry is something to witness. The establishment of a strong underlying rhythm in the repetition of the lyrical phrase “amaqath’aqum-qum”, coupled with what can only be described as an embodiment of her poetry, conveyed through compelling facial expressions and body language, leaves you no choice but to surrender to her performance and allow every sensory particle to just take everything in. 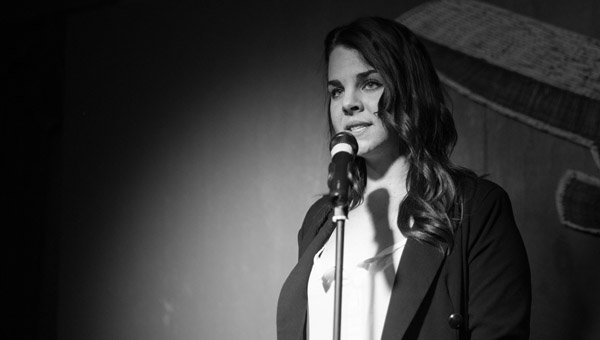 Yet ultimately, Kate Ellis-Cole’s satirical stab at the infamous “man with the spear” proved that her pen-is indeed able to penetrate political close-mindedness and the crowd cheered her on with shouts of “poetry slam” as she wrily boasted about her (intellectual) “balls”. 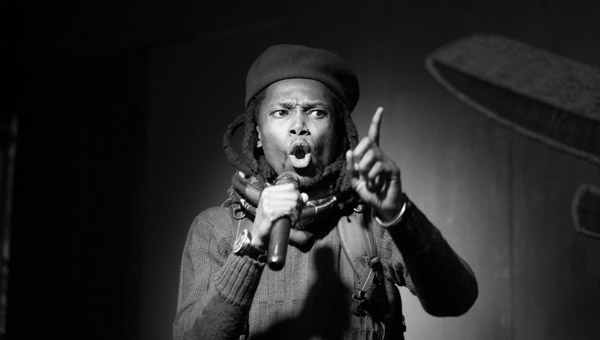 Another break, and an announcement that the third round’s rules require poets to perform for a full three minutes, saw a flurry of finalists caught off-guard, anxiously scratching in their bags for extra material. The final round proved to be tricky as poets who timed their performances perfectly seemed to be put at an advantage above those who were forced flip the script and do a variety of material in order to fill up their slot. Here, Thabiso, the winner of the evening, pulled off an immaculate performance as he skilfully led the audience on a quizzical investigation of, well, everything. A fan of “keeping it simple”, his performance established a relaxed, jocular tone by simply asking why we can’t scratch our bums in public. Opening his performance on this slight note immediately established an open, unguarded attitude with the audience before he capitalised on his inquisitive trend of “simply asking questions” and progressed to deeper, heavier issues, addressing political concerns and national identity – all of which are, at the end of it, not really simple.

With Kate Ellis-Cole in second place and Verrassing in third, the winners were carried like rockstars off-stage, with everyone, from fans to photographers and journalists, trying to get a piece of them amidst pulsating beats and a dancing crowd. It was a great event, and a wonderful way to end off the term. 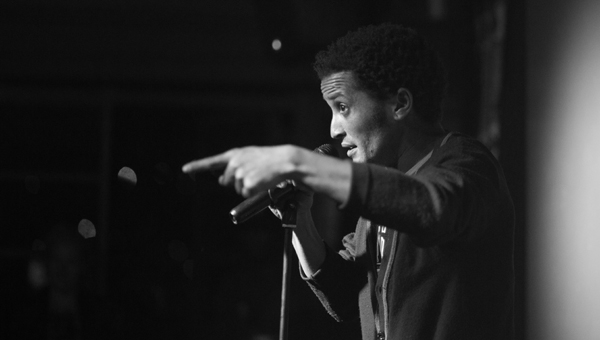