InZync, back in the house 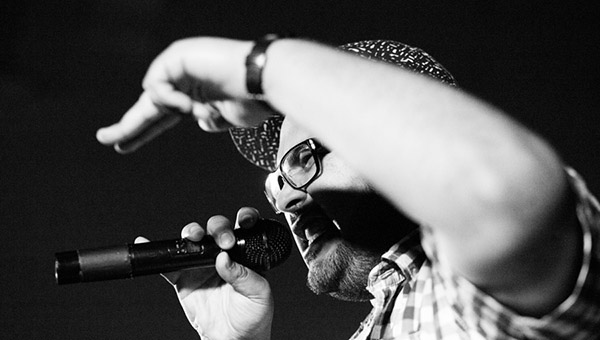 It’s the start of a new year and judging by the success of InZync’s first poetry session of 2014, this one’s going to be a goodie. The South African griot Khadija Heeger and rising international poet, Rachel McCrum, were the juggernauts headlining the programme, supported by the INKcredible Genevieve and Crystal and open mic slots to fill out the line-up.

With seasoned emcee Adrian Different behind the mic, the night opened on a high as Different got the house vibing to his much loved “I’m so chilled out”. Joined on stage by Rimestein, they continue to “maak [the crowd] wys” and set the tone for what promised to be an exciting night. Mihi, the first of the open mic-ers, gave an outstanding performance as she “welcomed [us] home” and coaxed us to “take off that coat of insecurities”. Her poem continued to extend the “homecoming” metaphor and expanded the domestic space to encompass national belonging as she beckoned to us to “leave your heartache at the door”, “your place of belonging is here, child of the earth”. 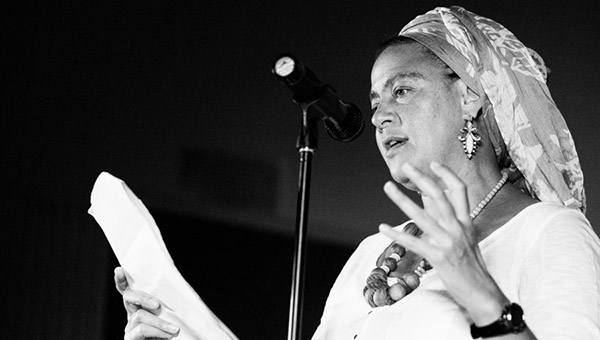 Genevieve, a member of the INKcredibles, could not have proved a better example of the amazing tutelage Adrian Different and Pieter Odendaal provide in their poetry workshops. The amount of growth and development as writer Genevieve showed since her last stage appearance truly bears witness to the significance of these workshops. Her poem starts with the meta-fictional comment that she’s “not here to perform, neither to tell a story” and continues to explore her position of “being”, arguing for human composition, and flips her initial question on to the audience when she asks “who are you?”.

Troydan stuck to mundane rhyming couplets, and thus repetitive rhythm, in his performance of “[b]raincloud”, though you couldn’t fault him on his enthusiasm, while Vuyiswa drew cheers from the crowd as she effectively moved between English and Xhosa in her poetry, utilising the different clicks of the latter to create a pulsating rhythm. 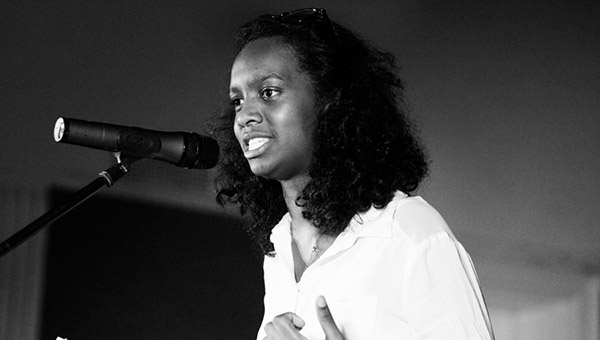 Khadija Heeger took to the stage for the first of the much anticipated featured slots. Described by Malika Ndlovu as a “a contemporary South African griot resonating with the ancient tradition of griots described as those poets and storytellers whose ‘wit can be devastating and knowledge of local history formidable’”, her poetry conveyed a myriad of South African tales and contemporary existence. She told stories of her mysterious Aunt Beatrice, and her initial childhood dislike for the woman that progressed to understanding as they aged until “at 47 [she] entered her space” and came to understand her aunt’s position as woman. She wove the threads of the many South African histories and complex identities into a multi-cultured tapestry to convey the one simple truth to our national identity: we are human. And she confided in us the painful personal memories of her sister’s illness and the enchantment of their childhood as her sister “grew [her] in [the] magic of her stories”. Heeger’s poetry is personal and powerful. Her words take root in your stomach and grow in your imagination and you cannot resist being touched by her art. 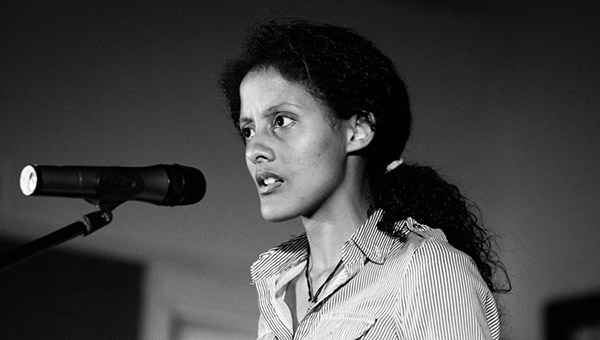 Crystal Williams, another member of the INKcredibles is a young talent to watch. Her skilful utilisation of Afrikaaps simultaneously to convey her position in South African culture, and self-reflexively comment on it, attests to the success we can expect from this young poet. Her voice is exciting and fresh as she critiques the many stereotypes of her generation, and she brought the house to their feet as she argued for human interaction as opposed to digital simulation on social media that’s become the popular trend. Commenting on the act of “liking” someone’s activity on Facebook: “How’s he gonna know that I smaak to like the guy” / Maak jou bek oop en PRAAT.” 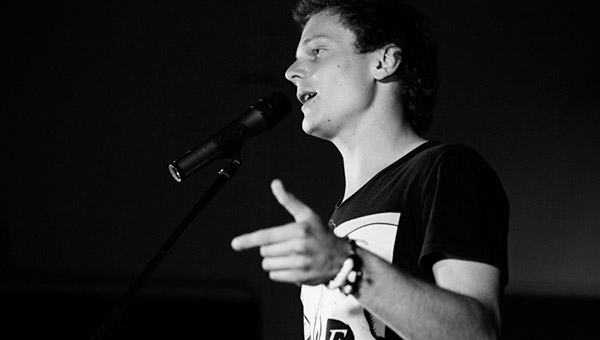 Rachel McCrum followed previous Slam champ, Kyle’s, performance of “Old Testament” with a promise that by the end of the night we will know where she’s from. Hailing from a small seaside town in Northen Ireland, her heavy accent underpins the many cultural issues – issues of history, struggle and hope – that her poetry addresses. Seducing the crowd to “listen to the sound of [her] voice” her poetry echoes with conversations between generations, her protestant heritage within Northern Ireland and the lack of stories that are told and the absence of women’s voices in history and society. Her final piece on the infamous “self-proclaimed king of the nudies”, director Russ Meyer, critiqued the objectification and sexploitation of women. Delivered in a quickening and pulsating rhythm, it not only attested to McCrum’s status as winner of the 2012 International Women’s Day Slam, but provided a suitable climax to her repertoire, and the evening. 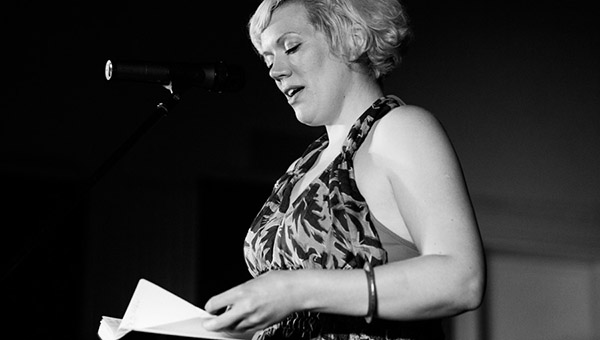 How disappointing then, that the final slot of the evening, an open mic “performance” by two international students, left a bitter aftertaste. Their number, an ode to the familiar space of the PnP Express in Merriman Street, or their “home away from home” as they called it, was ill-prepared and incoherent. Their somewhat arrogant declaration that they'll occupy the stage as long as they see fit, despite having been given a two minute time slot, might have been bearable if it weren't for the unimaginative repetition of “Pick ‘n Pay is our home (or some derivative of it)”, random beat-box noises, and flute accompaniment that served no purpose. It’s unclear whether the number was supposed to be a parody of, or form commentary on the creative space InZync offers, and ultimately came across as masturbatory. A number of audience members left, mumbling that they didn’t wish to “end the night like this”. Despite the forgettable performance, this was an InZync night to remember, and with promises of more international acts to come, this season is one to anticipate