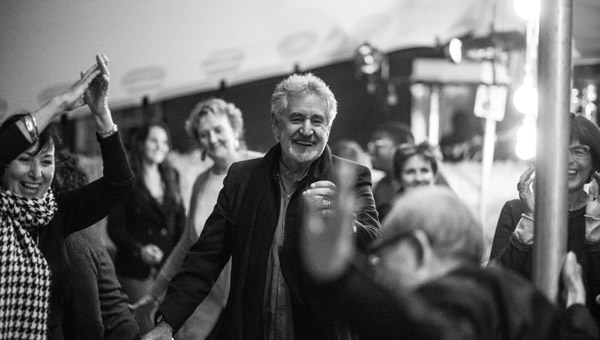 Dancing in Other Words, 10-11 May, Spier, Stellenbosch.

The Chinese poet, Yang Lian, danced a bright smile across the stage, as Texito Langa played a rolling drum solo to call in the stragglers. He joined the audience, where we were seated on benches in a large tent, with overhead gas heaters and blankets to keep us warm – and wine, lots of wine. This was a Spier event, after all. Just off stage was a woman sewing, quietly – she reminded me of the women in Don Maclennan’s poem, who were “stringing coloured beads as though / they were re-threading the universe”. Then the dancers came on stage and the evening seemed to be falling into order. They performed a series of dances and mimes around stones that called attention to the reciprocation between weightedness and movement.

When the curator, Breyten Breytenbach, opened the evening I immediately recognised the feeling of being the late arrival at the party, as I hadn’t been able to make it to any of the previous sessions. There was a sense of camaraderie, a closeness that had developed over the course of the weekend. And I was clearly out of the loop on a few counts. After the readings, Breytenbach informed us, we would take our stones to the grave of Heitsi Eibib. Who what? And then, Ons sal jol. Okay ... This was not an event I could categorise readily and I was regretting having been unable to make it to the party until the last dance. I was asked by SLiPnet to give a personal response to the evening. Now I needed to prepare for the fact that a visceral and immediate portrayal would probably be the best I could offer. 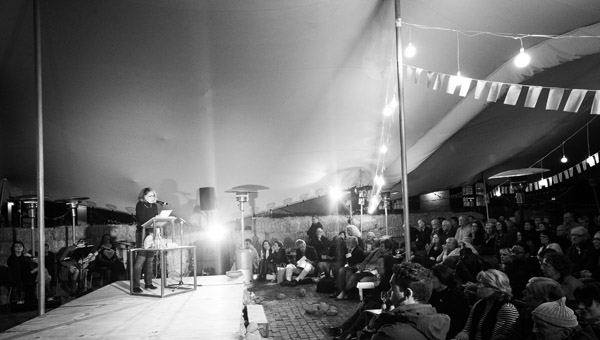 The first poet on stage was the local, Antjie Krog, who opened with the work, “Wat die Sterre Sê” (“What the Stars Say”) from The Stars Say Tsau. Hearing the /Xam people’s words translated and spoken in Afrikaans was a vivid moment for me – a moment in which I was, as I always am in response to the Bleek collection, struck with grief. Then she read from her narrative poetry, the narrative of goat farmer Oom Jacobus de Wet. Her rich Afrikaans meter carries with it a sense of the semi-desert and of the farming community that inhabits it. I don’t know if I was the only one who noticed this, but Krog received a standing ovation from Ko Un, the eighty-year-old grandfather of the event. 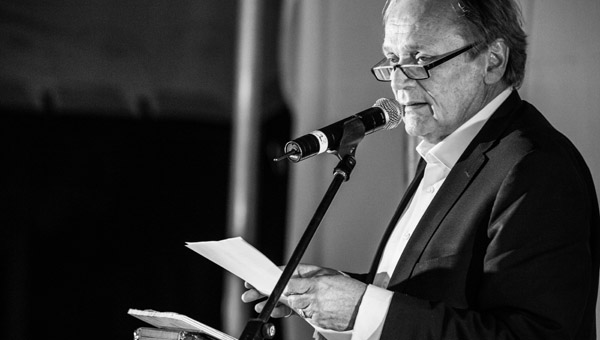 After Krog, the German poet, Jaochim Sartorius, delivered some of the strongest work of the evening. I doubt we will ever be able to understand the implications of translation. And as a first-language English speaker, with only a weak second-language understanding of Afrikaans, I found that I was getting a bit lost between the German, the translation and the spaces in between. But Breytenbach’s project was to create a space in which poets from different contexts, and writing in different languages, could come together and “Dance in Other Words”. Now, looking back, and with a photograph of Sartorius beside me, I must say that the cadence of his words did carry something, some meaning separate to the words. Sartorius’s time was up too quickly. 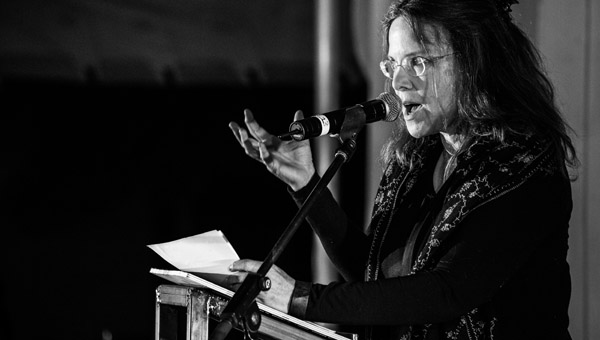 The last poet before the interval was the American, Carolyn Forché. Here is a poet who certainly succeeds in her project. She took to the stage with a vivid presence. She opened, of course, with “The Colonel”. Listening to her read this canonical poem was an experience I will not forget. In one of her poems, Forché says that, “greater courage is needed after the war than in its midst”. Her work is an uncomfortable reminder of that fact. One cannot help but be unnerved by the uncompromising voice of her poems. And we cannot tune out the words either. She forces the witnessing of the witnessing poem onto one. 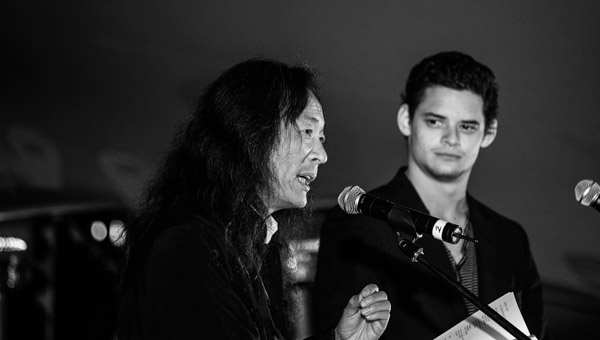 After the interval it was Yang Lian, whose first poem of the evening, “Death’s Angle”, tore the audience with these words: “gunshots hide inside, weeping / names hide still further in / so timid they / hope to be forgotten / submerging everyone / each evening / at zero hour / dripping blood again”. The interval had offered a brief respite after Forché, but now we were reminded that, as participants in this event, there was no way of avoiding the discomfort of poems of witness. Our position was complicated further by the line: “a tiger roars indifferent to deaf, mute memory”

Last to deliver his reading was the curator himself, Breyten Breytenbach. His Afrikaans lines held, for me, an untranslatable quality and I wondered what our international guests may have come away with from such an encounter. When he told us that he was “so glad we live in peaceful times,” I believed him – mainly, I think, because of his smile and the look of kindness in his eyes. The cadence of his performance resonated a sense of longing for this peacefulness; I would have liked to listen to him more. 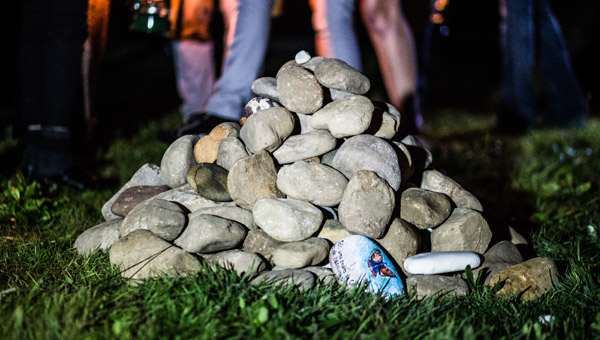 After he had read his poems, he was off with a stone and I was reminded of the promise at the beginning of the evening. I still had no idea what this was all about and my position of latecomer was again painfully evident, but I followed him and his new and old friends into the night. We were accompanied by the band, who were walking with a sax, djembe and cow-bell, over a bridge and along a path lined with oak trees and proteas. I asked, “Whose grave are we going to?” I was told it was “Heitsi Eibib, the Bushman trickster god.” Apparently, the cairn symbology is linked to this god. I still didn’t understand exactly what was going on, but it was a long time since I had walked under the Southern Cross and breathed in the crisp night air, so I stopped caring. When we reached the cairn, the garment that had been stitched by the sewing woman was strung aloft against the stars. We each put a stone on the cairn and stood, breathing in the freshness. 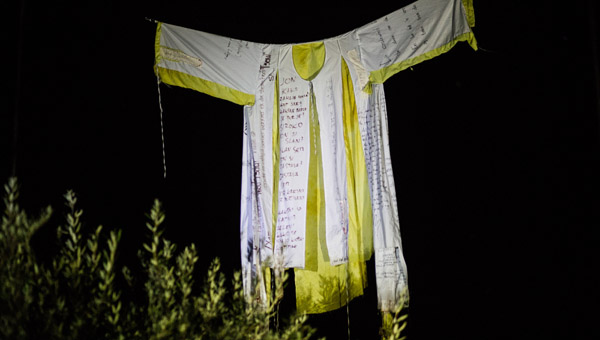 The ceremony of placing a stone on a cairn is understood universally. It is complete in its simplicity. To me, this is what a good poem looks like, a gesture that is understood for itself, without elaboration. Poetry is like this ceremony of understanding, a poem like a stone – complete but meaningless without the other stones around it. I felt, even though I came as an outsider, I had become a part of this unexpected moment. When I arrived back at the tent the dancing had started. Ko Un, who, I remind you, is eighty, was jamming some outrageous Korean moves with Breytenbach.

In the foyer, on my way to the car park, I walked past Breyten Breytenbach and my reflex response was to offer a respectful nod and say, “Dankie oom”. 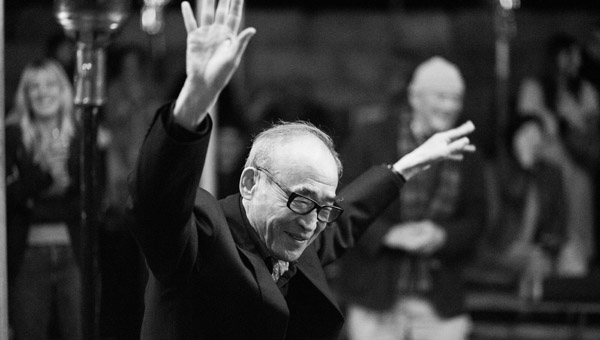