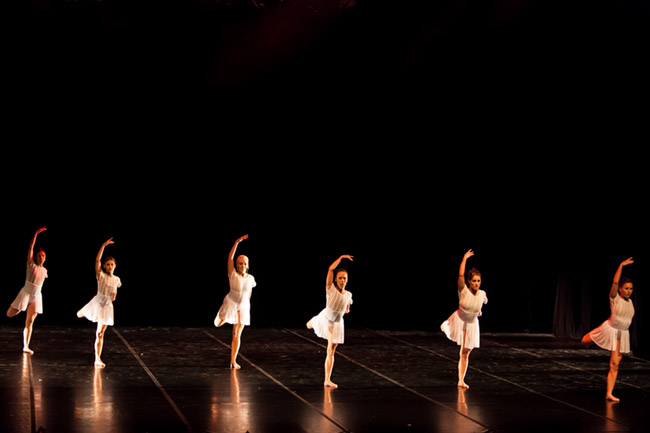 The annual Baxter Dance Festival is currently underway. Featuring about 70 productions, up nearly twice from last year's number, this 10-day event showcases work by dance companies, studios and schools from the Western and Eastern Cape. Divided into a Main and Fringe component respectively, each night sees 5 or more pieces of diverse genres being staged, and have so far delivered several high-five moments during the performances I attended.

Described as a dance about dancing, the Underground Dance Theatre’s Mode nostalgically wraps itself in the remembrance of various styles of artistic movement such as folk, ballroom, Gaelic and even playful, child-like running. Commissioned specifically for this year’s festival, it was choreographed by Thalia Laric and Steven van Wyk. Featuring four kilted, turtleneck-wearing dancers – Ciara Barron, Luke de Kock, Cilna Katzke and Henk Opperman – along with Robin Botha, an opera singer with an incredible vocal range, it is another first-rate production by a company fast making name for itself as an intelligent collective with a knack for looking at the familiar through a pair of fresh eyes. 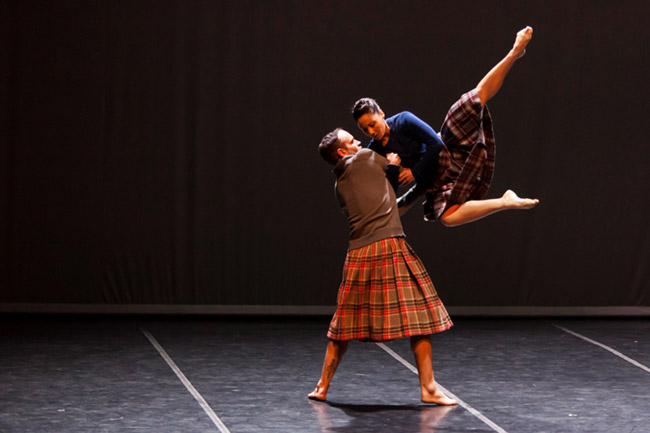 A mother-daughter team that can always be counted on to deliver something feisty for each new festival, Abeedah and Mishkaah Medell are both members of the EOAN Dance Company. Returning this year with six new programme offerings, last Thursday’s opening night saw Mishkaah take the lead with her choreographed piece, Splitting Images. Alongside her mother and three other dancers, they start by kneeling in a tight row and executing a series of fluid, intertwined gestures. Taking turns dancing in the spotlight with all her performers individually, each following scene then focuses on a different dance genre (hip hop, break-dancing, etc), as well as a depicted relationship between Mishkaah and the various women (friends and relatives) in her life. Taking over the reins from her daughter in Displaced, Abeedah in turn explores the “motions of linear and angular displacement” through her cast via a series of movements in which they fall, exert control over their bodies and transfer their emotions.

Inspired by “Message to the Grass Roots”, Malcolm X’s 1963 speech in which he contrasted the "house Negro" and the "field Negro" during slavery and in the modern age, Mzo Gaza’s Ababhidisi – The Conductors applies its ideologies to contemporary South Africa. Performed by the Sibonelo Dance Project and featuring dancers dressed in both traditional African and European styles of clothing (representing said house and field Negroes), this provocative piece is not afraid to call a spade a spade while asking frank questions around identity, colonisation, cultural absorption and leadership.

Shuffling sideways, knees turned towards each other, shoulder rolls and a plethora of jazz hands: it’s all part of the delightful Feelin’ Fosse. Staged by the Bridget Reeve Dance Company, this high-octane piece pays tribute to legendary choreographer Bob Fosse’s (All that Jazz, Chicago, Pippin) signature choreography. Expect lots of top hats and fierce voguing.

Performed in part to Charlie Chaplin’s iconic speech at the end of The Great Dictator, the Dance For All InSPIRAtions Youth Company’s Lighting is a contemporary exploration of just how true Chaplin’s words still ring, nearly 80 years after he first articulated them. In a technologically advanced world, expanding by the day and where it’s every person for him/herself, we really do “think too much and feel too little.” 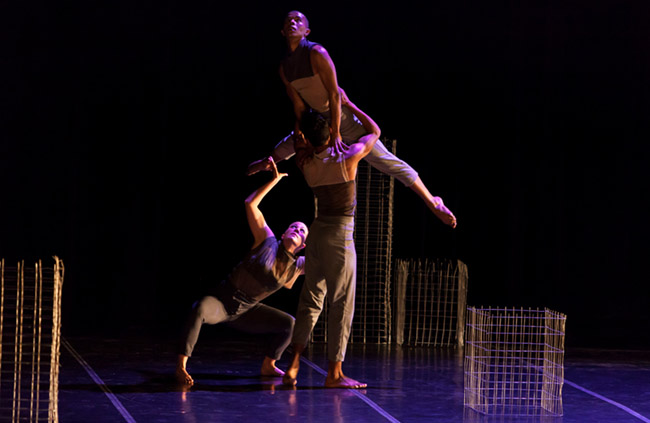 Several other pieces have also stood out over the festival's first few days as well. They are the New World Dance Theatre Company’s Ergo, exploring how doubt and our egos affect our way of moving; the Darkroom Contemporary’s Blueprint (Fragment), questioning our place in today's concrete and technological jungle; Flamenco Del Sur and Tierra Flamenco’s Paco de Lucia – Salud y Gracias, a tribute to legendary Spanish guitarist Paco de Lucia, who passed away earlier this year; and the Horses Heads Company’s SIMilar, projecting scenes and music from popular computer game The Sims onto stage while its performers cross the threshold between the real and the virtual.

For the Baxter Dance Festival programme, or to book tickets, see www.baxter.co.za and www.facebook.com/BaxterTheatre or follow @BaxterTheatre on Twitter.