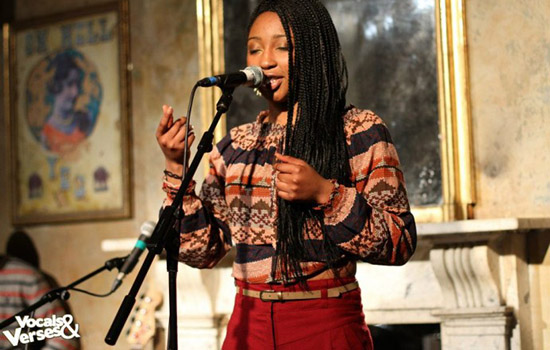 The 3rd Word N Sound International Youth Poetry and Live Music festival, previously hosted in Johannesburg only, crossed provincial lines this year by adding a Cape Town leg to the festival. This noteworthy addition was probably one of the major highlights for spoken word poets and audiences in Cape Town and Joburg. Having a Cape Town element increased the festival’s national reach. I felt that this was a great step toward encouraging and facilitating the growth of a wider dialogue and network for poets and festival supporters alike. For me, as an audience member, the dual-city activity proved most valuable. I felt that it allowed for and encouraged a greater range of and texture in performance and audience engagement, both in real time and in the digital sphere. The opportunity for ongoing relationships to exist in the wider creative space was ideal. The growth of a festival lies in the support it receives, the feedback the organisers allow themselves to listen to, and transparency. Word N Sound impresses me for this reason. The manner in which Word N Sound encouraged feedback will not only make it easier for the festival to grow to even bigger heights, but will secure support from young creatives and audiences that are eager to be a part of an ever-changing and dynamic culture of creativity. 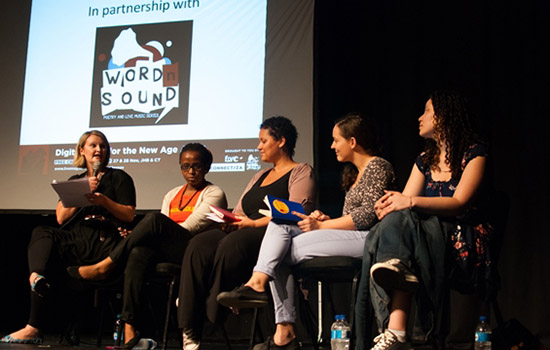 The curation of the festival was effective in facilitating the flow of creativity. The free Creative Hustles – supported by Live Magazine SA and Connect ZA – which took place in Cape Town at the District Six Homecoming Centre on 27 Novemberand in Jozi at the Market Theatre Laboratory on 28 November, were a great kick-start to the festival. Following preview performances by poets from the UK, Zimbabwe and Cape Town, audience members had the opportunity to engage with a panel of experts, including Nicole Klassen from Bozza Mobile; acclaimed poet and published writer, Toni Stuart; Sylvia Harrison from Roundhouse in the UK; and festival founders Qhakaza Mbalikayise Mthembu and Thabiso Mohare. Once the actual festival began on Wednesday 27 November in Cape Town, I was looking forward to seeing what Word N Sound had in mind, with very high expectations. My expectations were met in so many ways that go beyond just the performance aspect. I was very lucky to meet and speak to Shoko Festival directors, old school friends from Cape Town, and young and edgy poets from the UK, as well as the Word N Sound team. The poets, speakers and audience members were given the opportunity not only to engage in new conversations, but also to enjoy access to larger global creative networks. The presence and support of young voices was in many cases overwhelming, as it is seldom that initiatives of this scale are initiated and led by young people. 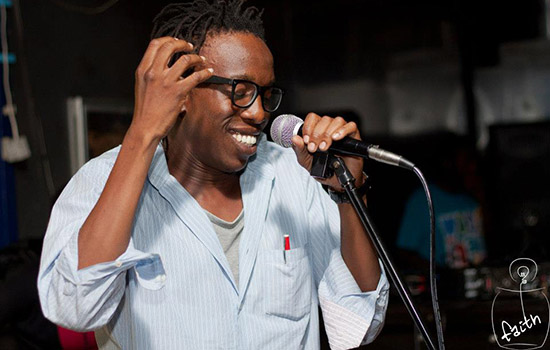 I particularly enjoyed the live music performances included in the programme: About that Life were incredible – poetic both in tone and stage presence. Bongeziwe Mabandla was also a great addition. While all the poets’ performances were diverse and carefully crafted, I feel it is necessary to mention Makhafula Vilakazi: you don’t need to understand what he is saying in order to get the gist of his poetry – he is simply poetic. However, there is definitely room for larger scope in the future. It would be great to see the festival move beyond the box theatre setup. I imagine it could include site specific performances by tapping into and engaging other creative sectors such as theatre, fine art and performance art. I constantly find myself engaged in conversations with young creative people that are in various sectors. Our concerns, challenges and aspirations are the same. Simply put, young creatives are interested in engaging audiences and working in collaborative environments. This should be at the forefront of any creative endeavor, especially in a country where the creative industry is only now really starting to be recognised as a trade of great social and economic value. Without a collective voice and support, there is no point in doing what we do as young creative people because we will forever be trying to come up with solutions by ourselves, when there are many others who have similar experiences and challenges. Word N Sound is well on the way to being a leading example in creating collaborative and global creative networks.