The subtle oppression of love

They say that travelling with children is like moving a medieval royal court. You take everything: their clothes and furniture from https://ivyandwilde.com/, their food and toys, their musical instruments and pet animals. You travel without the glamour – no pointy hats, madrigals, rustling silk, otter skin shoes or jewelled beetles embroidered into cape linings. No procession along pollarded maples and rushing silver rivers; no nightingales in birdcages sweetening your progress or larks in the ashen dawn.

As we cross the Vaal I scream, “shut the fuck up.”

Dusk deepens into a Highveld winter night. Somewhere in the dark there are duiker. Smoke. Hitchhikers. Radio Overvaal. Past Parys the veld recedes into shadow.

I remember a tree, a goliath blue gum that grew on the side of a dam wall outside Stellenbosch. It was as thick as the Knysna Groot Boom and at sunset finch colonies flocked into the eucalypt foliage. It had been stealing water for over a hundred and fifty years. Apparently it had to go.

We used to live next to that blue gum and next to a golf estate that promised security and Provençal lavender. They built houses there that looked the same, for people who liked the way plane trees ball. Sprinklers stroked the rooting grass.

“You killed that tree. Actually, you murdered it.”

“What the hell are you talking about?”

Adi is trying to dodge potholes and owls. The stars are out and frosty.

“That blue gum when we still lived in the Cape. You could have stopped them.”

He opens the window.

“I begged you to make them spare it.”

“That was five years ago.”

Resentment licks at the dry stalks of memory. It shoots flares into the past. It sparks. In the dark I can see it all. It is about losing your surname. It is about the subtle oppression of love. Yes! The tree and me.

“I should have tied the children to it. Then you would have stopped them.”

He turns to me. “The tree had nothing to do with me. It was part of their spatial development plan. What has got into you?”

That would have shown those golfing toads I meant business, I think to myself. Putting the children in the way of their electric chainsaws. Pedants. Pederasts. Small town opportunists and crooks.

The children have drifted off to sleep.

The Lace diamond mine has reopened and trucks have wrecked the Bothaville road. Farmers club together and scrape gravel into the potholes during winter. We miss the turnoff to the farm in the dark. There used to be a forest of blue gums just before Blesboklaagte, which was probably cut down for use at Lace mine. The forest was our sentinel.

I feel bad about all the swearing.

This unassuming piece of Free State belies rich seams of coal, diamonds and gold. Stick a spade into the earth here and she bleeds cash. Way back Pa was paid rental for mineral rights on the farm.

Adi and I don’t speak.

He stops the car and I get out to open the gate. The air is perfectly still and cold. Pale kindling on the horizon intimates Kroonstad to the south and Bothaville to the north.

The gate is of the cantilevered type that swings proud off the road on creaking hinges. It is icy to the touch. Bêkslaners between cattle paddocks are trickier to open. The lock is a wooden plank, looped taut around a post, and fixed with a snag to brace the sagging wire. When we were little we called them oppas gates, because Pa shouted that from the driver’s seat when we fiddled too long in opening.

Cattle are sleeping on the Van Rensburg servitude, lit by the milky light of a full moon. I shoo them out of the way. It has been a wet year and water is still flowing into the vlei. Blacksmith plovers squeak and flute in the long grass. I look down into the imaginary valley. Smoke curls out the chimney above a line of cypress trees. Mieta has stoked up the Aga and left the house unlocked for us.

We carry the children into the house. The beds are made up with thick winter sheets, folded neatly over woolen blankets from my ouma’s linen cupboard that still smells of naphthalene balls.

Adi puts a pot on the Aga to boil water.

Inside the hallway dusky floral paper holds back crumbling mud plaster and Oregon floorboards snap and groan as the mercury falls.

“There is an eclipse tonight,” I say.

He sits down at the enameled kitchen table.

“The last one happened on our wedding eleven years ago to the day.”

I hold out my hand. He takes it.

We go and sit on the back stoep that faces the kraal and the rising moon. Last month weaning calves cried all night from the stone enclosure. The wheat silos are collapsing, empty but for rambling thistle and duwweltjies. The graveyard beckons.

We sit under a sheepskin that was a wedding gift. A windmill slowly churns water into the cement dam next to the shed. Doves gurgle and scratch on the roof. They scatter in sudden whirring liftoff – a sharp flap and then quiet gliding as the flock reforms.

He pulls me closer.

Acacia twigs run filaments across a looming moon. It grows smaller as it climbs, and a slow effacing begins.

“The moon is sliding into the shadow of the earth.”

Adi understands the dependable mechanics of revolution and rotation. Eventually the buried moon returns like a holy lamp of God: frozen yet flaming.

Sometimes you travel within the ambit of effacement - you slip into each other’s shadow. The sound of rustling is that of silk ties that bind. We get up and walk. There are otters in the reeds, along the dried-up river. A lamenting dikkop sweetens our progress and a jackal is calling in the dawn. 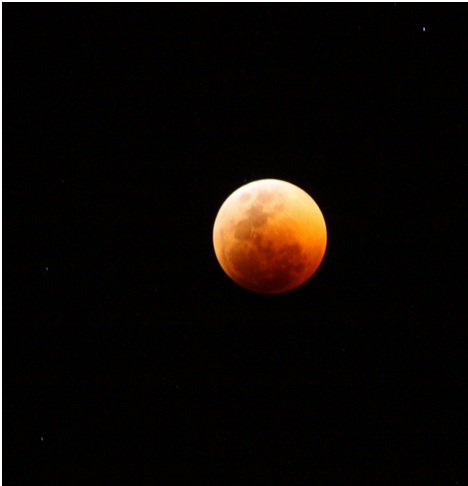 Dom! What beautiful words. You are clever. Well done, keep them coming. xx

Hey Dom, you have extraordinary powers of observation, particularly of the natural environment. Beneath the surface lies the resentment, fleeting, and which reminds me of arguments with my wife from long ago, before we settled into the comfortable silences of late middle age and the peace that comes from all– or most– battles having already been fought.
If you agree to do a book, on just about anything, I volunteer to be an editor. Lyrical.

Dominique, with a gentle lyrical touch, you break open the deeply hidden /en jy is skreesnaaks

I was so sorry when this came to an end. You had better get on to a novel Dominique.

Brings back horrible memories that will never recede, beautifully written though

What beautiful imagery and sharp humour.

Wonderful interleaving of psychological and natural phenomena. Thanks Dom.

Please don’t stop. Get published over and over again just to counteract the complete shit that passes itself off for South African literature.

I’m in awe of Dominique’s precise but elegant writing. Looking forward to much more.