The beast in me 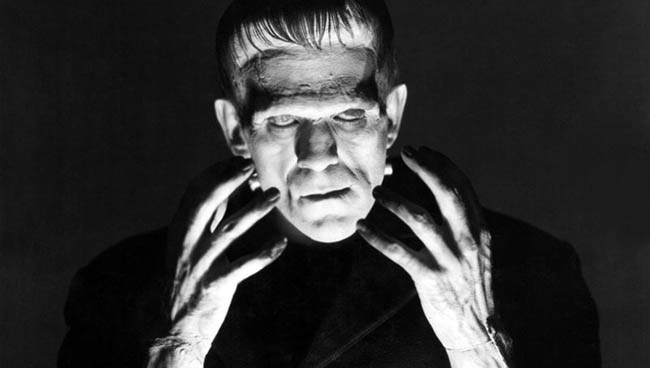 Monsters have long featured vividly in the human imagination. We invented imaginary beasts to symbolise our unease with the inexplicable, to externalise aspects of ourselves which were disturbing, and we used our creations as markers of the borderlines between the human and the non-human. In recent times, we have increasingly used the idea of the monster - by qualifying actions and behaviours as ‘monstrous’ - to describe people who perpetrate acts which we think lie beyond the human category.

Most recently, South Africans were told the woeful and tragic story of a suburban man who allegedly subjected members of his family to an existence of such inconceivable deprivation and abuse that it defies the imaginations of most people. The bits of evidence we do have – images of dried blood on skirting boards in eerily empty bedrooms; reports of the cruel acts; rumours of what neighbours heard and saw, and did not hear and did not see – sketch a scenario more familiar with 1970s B-grade horror films.

But the bland, eerily dull setting for these crimes is precisely what reveals the problem with externalising the horror. The allegations against the Springs man may be cause for outrage, but that this abuse had gone on for as long as it had despite the neighbours either knowing or suspecting unspeakable things were going on, speaks volumes about the levels of cruelty and inhumanity we tolerate.

Stanley Milgram did a series of well-known and controversial experiments in the 1960s to try and explain how ordinary Germans had not only tolerated the horrors enacted in their names between 1933 and 1945, but had actively participated in the unspeakable inhumanity of the Nazi regime against Jewish, Roma, mentally challenged and homosexual people, among others.

He wanted to know how teachers, doctors, lawyers, plumbers, bus drivers, nurses and other such ordinary people could have stood by as their neighbours were removed from their midst to be transported at gunpoint to places unknown, and then, how in those places, ordinary people could have assisted in the mass extermination of human beings and disposal of their remains. What madness, what monstrous and debased human condition had they descended to? And was it something specific to Germans of the mid-twentieth century, or was it part of the human condition, such that all of us could potentially be like those Germans.

Without experimenting, one can see how the revelation of the horrors in our midst was viewed by the news media. Much of the reportage was sensationalised - including tasteless re-enactments to whet the appetites of the prurient – while being unable or refusing to provide greater insight into the psychopathic or sociopathic worldviews which give rise to such behaviours. The list of local monsters recently sketched for South African audiences includes Johan Kotze, the “Modimolle monster”, with international equivalents in the likes of Isidro Garcia in the United States and Josef Fritzl in Austria.

Explaining the horror of such abusers proves so difficult for ordinary people that they prefer to avoid excessive scrutiny and analysis, resorting instead to labelling. By calling someone a monster, the need to account for their behaviour inside the terms of ordinary life becomes unnecessary. In that way, notions of monstrosity safely contain the terror which a full examination of the social and psychological conditions which allow for this kind of behaviour may reveal.

Beyond the horrific acts of the perpetrators themselves, we find the witnesses. We find that neighbours have often long suspected that things were awry beyond the ‘normal’ dysfunction of nuclear family life. They will even - as in the Springs case - admit to having heard and seen things which are already so far beyond what they deem acceptable. Their inaction is of greater cause for concern. The silence of such adults, conscious of the horror going on in their midst, begins to feel like collusion.

The most famous case of such inaction is around the murder of Kitty Genovese in New York. Many neighbours heard her cries for help as she was brutally killed, but none intervened. In the Springs case, the pattern repeats, though not for a singular event like a murder, but over years of abuse. Systematised brutality was not just suspected by the Springs neighbours - they had witnessed the results themselves but had not acted.

The monstrous is therefore not just resident in the abusers and the killers; it is a fundamental component of the society we live in. Terrible things happen all around us, all the time, and we witness these, sometimes obliquely and sometimes directly. The perpetrators are our brothers, fathers, uncles, co-workers, and neighbours. We exchange chit-chat with them in queues at the supermarket, stand next to them at sports events, and sing the national anthem with them. And throughout it all we are like ‘good Germans’ of the 1930s: we see, but most of us do nothing.

The Springs events are extreme examples of a more widespread human phenomenon, both for the perpetrators of such heinous acts and for the rest of us – witnesses who look away, or worse, return the victims of the outrages to their abusers. Think only of the example of the nurse’s aide at a private clinic who was raped on her way to work - her colleagues would not help her because she was not on a medical aid and so she was turned away to a public hospital elsewhere. Think of the intellectually-challenged child chained and made to sleep in a dog kennel.

Mary Shelley famously allegorised this odd relationship between the creator of the freakish creature and the monster himself. As she shows in Frankenstein (1818), the true monster is not the nameless creature sewn together from discarded body parts, but Dr Frankenstein himself. Many of us have forgotten that Frankenstein refers to the monstrous doctor, not his creation. Thus, we may scapegoat these extreme abusers by calling them monsters, but they reveal an aspect of our own psychological and social monstrosity we would rather not deal with. How else to explain the everyday monstrous acts that we not only tolerate, but applaud?

The events at that Springs house are horrible. The man who allegedly perpetrated them is indeed disturbed and disturbing. But, instead of merely dismissing him from our consciousness as yet another monster who lurked in our inner circle, we may benefit from recognising our collective silence on much else that is monstrous along the spectrum where his extreme acts reside. We cannot afford to be like law-abiding Germans of the 1930s, remorseful in hindsight.