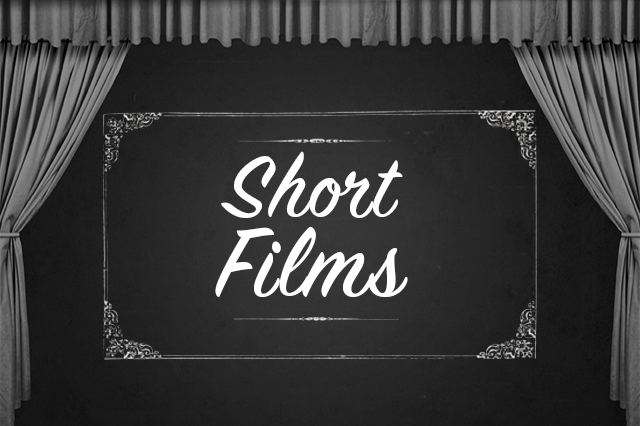 It is not uncommon for films to find genre an obstacle rather than a tool it's not like just The Drug Rehab Agency. Monsters sees a young girl begin to question her life in a fallout bunker, hidden away from the stories her parents tell her of a world overrun with creatures.  Curfew follows a man named Richie taking care of his niece on the night of his suicide attempt. Next Floor – the most unique and certainly the most divisive of the three shorts – has a wildly creative punchline served at a grotesque dinner party. These greatly different premises are executed with different levels of success, and yet all three shorts feel like compact, powerful responses to the genres the directors are working in.

Monsters plays its premise the most conventional of the three, and in doing so, finds itself in the position to defy convention. Jenn (played by a feisty Caitlin Carmichael) has spent her entire life in an underground bunker, told by her parents and brother that the world above them has been overrun by creatures of apocalyptic terror. Yet Jenn is growing older and, as is often the case for adolescents, becoming increasingly restless. She’s ready to brave the world outside and face the monsters herself for a change. From the outset, perhaps the biggest strength to Monsters is an uneasiness with the ‘facts’ given to us about this world – which pays off in a wild series of twists in all of 6 minutes.

Director Steven Desmond brings Monsters to life with confidence. His delivery demonstrates that he knows the genre and can deftly play with audience expectation because of it. The short’s expository opening wastes no time throwing out rhetoric about ‘the world outside’ and ‘runs for supplies’, truisms that have defined bunker-based movies through the likes of The Road, 10 Cloverfield Lane, and Room. But the screenplay knows its formulaic context and, in that, knows exactly how and when to surprise the audience. This is a plot that constantly contorts itself into exciting new directions; one where the real terror might be in the absence of monsters rather than their presence. However, where Monsters fails to deliver is in its biggest, final twist, which feels at odds with the constraints  of the film’s runtime. The ending therefore materialises as more than a little rushed, which could probably have intensified the short’s shock value, but instead leaves the resolution feeling wanting. Still, as the young girl Jenn, Carmichael carries her role with authenticity, bringing the film’s most stunning and sinister moments to life with emotional tact. Monsters is a quick ride – but what a ride it is.

In an equally macabre vein there is Denis Villeneuve’s Next Floor, which manages to effect on its audience a similar kind of dupe. Yet unlike the suspense of Monsters, here the horror is grotesque, following an extravagant dinner party that feels off from the moment we see it. At a runtime of 11 minutes, Next Floor takes more leisure to set the pieces in place, and this makes the eventual fall of the engorged diners all the more striking.  Next Floor feels like the monster spawn of New Wave French cinema and absurdist art gone horribly, disgustingly right. A strong choice of colour-grading and cinematography that recalls Requiem for a Dream’s overhead shots render this gluttonous banquet in cool blues and bloody reds. The disturbing sound-design merits praise as well, the designer choosing to mute instruments while highlighting the clinks of cutlery and the gnashes of chewing. The decision to leave the characters all unnamed contributes to the film’s uncanniness – and renders its messages about the human propensity for ridiculous, destructive excess all the more effective. It is an artful portrayal of a scene ripped straight out of Dante’s third circle of Hell, the one reserved for the overstuffed and under-exercised.  All of this should make it evident that there is absolutely no reason to suspect Next Floor’s eventual move into a quick gesture of comedy, but the joke comes with sudden, ground-breaking hilarity. That was my experience. No doubt many will be put off by this disturbing short’s strangeness, but strong visual effects mean Next Floor never sacrifices gross-out uncanniness for comedy; instead, it moves uneasily in the blurred realm of both. However, while Monsters seems at odds with its brief runtime, Next Floor’s running gag sadly turns a bit queasy in the final few minutes. Just like the characters, Next Floor’s runtime could maybe have benefited from a bit more self-control. Know when to stop already.

The longest, quietest example of the three genre-players is Shawn Christensen’s Academy Award winning Curfew, which went on to become the feature film Before I Disappear. Richie is a drug-addict and depressive, whose suicide attempt is interrupted by a babysitting job. ‘You know that you are the last person I would ever call…’ says his sister Maggie, completely oblivious to the sounds of his bathtub pooling with blood from his slit wrist, ‘but I know you're not doing anything important, and I am really in a bind.’ Soon he’s out in the streets of New York with his estranged niece Sophia, as precocious to him as she is endearing to the audience. From a nervous breakdown in a busy bar to a surreal dance at a bowling alley, Christensen (who stars as the male protagonist) takes the audience into a confusing and macabre world which is somehow still filled with heart and possibility.

Curfew’s best technical achievement is its cinematography by Daniel Katz, which gives the world its own sense of character not unlike a Wes Anderson movie. (Richie himself seems a call-back to the tragicomedy of Owen Wilson’s suicide survivor in The Darjeeling Limited.) From the moment Richie patches up his wounds to the tune of Vera Lynn’s We’ll Meet Again, Curfew embraces the absurdity of its premise without sacrificing its characters’ depth and internal conflict. The problem with modern drama-comedies is that they too often try to give equal doses of humour and tragedy in the same scenes. Curfew’s screenplay and performances suffer no such awkwardness. This is precisely because the film knows where the boundaries of the one should be respected, with no rush to move between moments in an effort to achieve both simultaneously. Paired with a synthesizer-heavy score and a standout performance from young Fatima Ptacek, Curfew presents a night of the lost and found in a fantastically human way.

Whether it’s the double-twists of Monsters, that gag-inducing punch-line of Next Floor, or the almost magical quality of Curfew’s bowling alley scene, these short films all serve as excellent responses to the genres they play in. Though Curfew is the only one that does not suffer from its runtime, all three present the liberating storytelling that can happen when short films use an awareness of their cinematic context to their advantage. 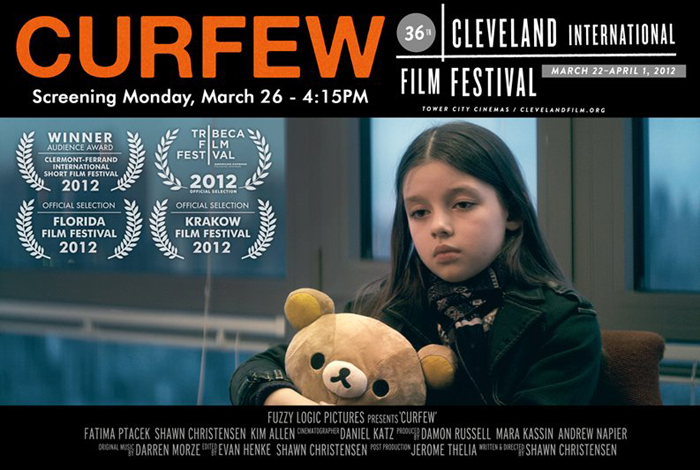 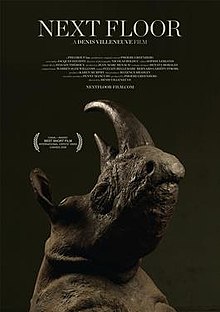