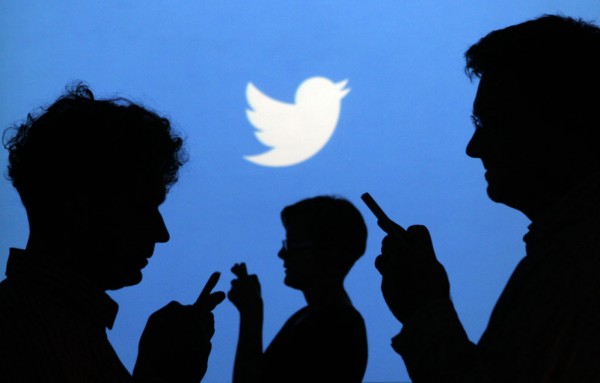 JOHANNESBURG - High Indignation, thus capitalised, does sound like the name of a place in a modern allegory emulating the form of the mediaeval morality play. And in some senses, with more than just a little help from post-millennial technology, the virtual place of High Indignation has become the look-out point from which many folks not only survey the world, but deliver themselves of 140-characters long sermons.

The sign for the virtual town is a blue bird on a white background, though some prefer to visit its twin-city, Moral Huff, which has as its crest the white ‘f’ on a blue background.  Now, these places were founded on very different principles.  They were meant to be places of information exchange, possibly gossip, and human interaction.  They were meant to be mostly ‘lite’ (sic) in tone.

But then they became, as such places almost inevitably do, more than places of meeting and greeting.  They became trading places, spaces where status mattered, where things could be offered for sale, and bought or rejected, and many of these commodities pretended to be ideas.  Ideas, elaborated, were flogged as politics; politics, dressed up in the right packaging, was displayed as moral purpose, sometimes high, sometimes low.

The inhabitants of the towns of High Indignation and Moral Huff soon stopped chattering, and moved rapidly to judgement and condemnation, at first quietly, but increasingly loudly, as time passed, and these days, their voices are shrill, and strident.  Those of us familiar with Salem, Massachusetts, and Arthur Miller’s ‘The Crucible’, could guess what was coming: apocalyptic danger.  And with our noses into the wind, many of us ducked down, catching the whiff of sulphur, we gathered our meagre possessions, ideas and philosophies collected and treasured over decades, some of it the inheritance of forebears, heirlooms from mothers and foremothers, valueless in the newish economy of sound-bites and biting sounds, of vituperative accusation and condemnatory judgement, and took to the road.

But, of course, the remembrance of times past is not only nostalgia, longing for times that feel better in the bathos of the present.  The mis-memory of the past is also a reflection on our misjudgement in the present, since how we live now will at some point also be the past, and we will remember today’s dystopia as yesterday’s utopia.  And, of course, while High Indignation and Moral Huff have become uninhabitable places for many of us, they remain havens for others.  They may feel like safe harbour yet, in some unimaginably bleak future.

If one has an appetite for bile-filled exchanges that are mistaken for serious political engagement, High Indignation is a delightful place to spend time.  If one’s preference is for the long diatribe yawped into the void of what passes for a marketplace of free trade in ideas, Moral Huff is the place to strike one’s pontificating poses.  Index finger raised, fist aloft, eyes narrowed, and verbiage pouring forth: these towns are populated with statues of their high priests in just such postures.

It struck many of us who spent our formative years in Eighteenth Century Novel, and had our apprenticeship for adulthood in High Modern Essay and Philosophical Monograph, that High Indignation and Moral Huff were amusing places to tour, but they were hardly places to settle.  The conversations in them, despite their best attempts, felt more like the sort of thing one knew from Speaker’s Corner and its avatars, and from Town Crier and its descendants.  These were not reincarnations of our ancestral villages in Imbizo, Salon, Argument, Debate, and Lekgotla, though many mistook them for such.

In High Indignation and Moral Huff, every day there is something new to be outraged about.  In these places, there is often no consistency of political programme, and inhabitants can be outraged by the policing of phenotype in the casting choices of the entertainments presented on Tuesday, and by Thursday use those same techniques to police and decry casting choices in other entertainments.  They are often morally and intellectually confused and confusing places: the causes of today’s disdain are the very causes to be forcefully and vocally defended tomorrow.

And, of course, the exchange of gossip, ideas, and those tattered, devalued items in our scuffed suitcases, philosophies and politics, still goes on, underneath the exchange of more lurid though less enduring items: rage and outrage.

The high priests and all that are with them are indeed filled with indignation, and they have no hesitation spewing it forth.  But more balefully, these habits are slipping into neighbouring towns and villages, and no walls or forms of prophylaxis have yet been able to keep what does feel like contagion at bay.  Argument and Politics are already almost unrecognisable; the habits of Moral Huff and High Indignation have taken hold.  Some of the inhabitants of Philosophy slip, unwittingly, into those debasing habits, on occasion, all too easily.

For those of us, anachronisms in this brave new world, barbarians that we are, Luddites as we are called, High Indignation and Moral Huff remain, for the moment, interesting places to visit: to invoke Katherine Mansfield, one must go everywhere, see everything.  They are places of Gothic terror or comic distraction, but we know we could not permanently survive their rough marketplaces and violent streets.  And we have a grudging admiration for folks who settle there permanently: it must be exhausting, we think.  Also, we hold the high priests in awe, even if only grudgingly: how do they maintain the rictus of their postures, why do their voices never grow hoarse?

What we cannot abide, of course, is the mistake of the hieratic for the hieroglyphic.  Mistaking opining for analysis, or view for interpretation, or personal dislike for political purpose, or, in fact, mistaking the towns of High Indignation and Moral Huff for the older and more enduring cities of Philosophy, Argument, Lekgotla, and Imbizo, these are not minor errors; they have, we can tell, baleful consequences, and the ash on our tongues remind us.  The heightened emotional states of the former towns do not suit the habits we have learned in the latter cities.

It may be time to spend less time in the towns with the crests that bear the blue bird and the white ‘f’.  We are, after all, not all suited to be Sadducees.  Many of us prefer the sedentary habits that come with reading, not ranting.  We prefer the parks of quiet engagement to the crazy-paved squares of pontification and just-add-water-judgement.

Kindly visit themarketingheaven.com to get the best deals of having instant video views. Give us a call today.

This article was first published by www.enca.com on 8 March 2016.

This entry was posted in Blogs, Essays