Wamuwi Mbao interviews one of South Africa's most unconventional artists.

Aryan Kaganof has a broken arm. It looks pretty graphic. The prolific cultural provocateur fell off a dais recently and shattered himself in spectacular fashion. Kaganof isn’t one for half-measures. 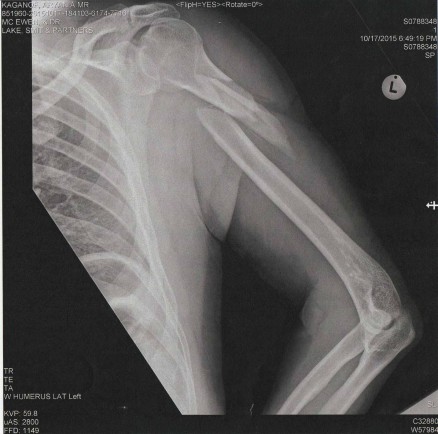 His art has a disarmingly experimental openness, where everything is (seemingly) laid bare, the better to expose their subjects with thrilling immediacy. Everything from films shot entirely on cell-phones (“SMS SUGARMAN”) to incendiary interventions with Andile Mnxgitama, falls within his ambit.
My first encounter with Kaganof came at a screening of his documentary “Decolonising WITS” in Stellenbosch. 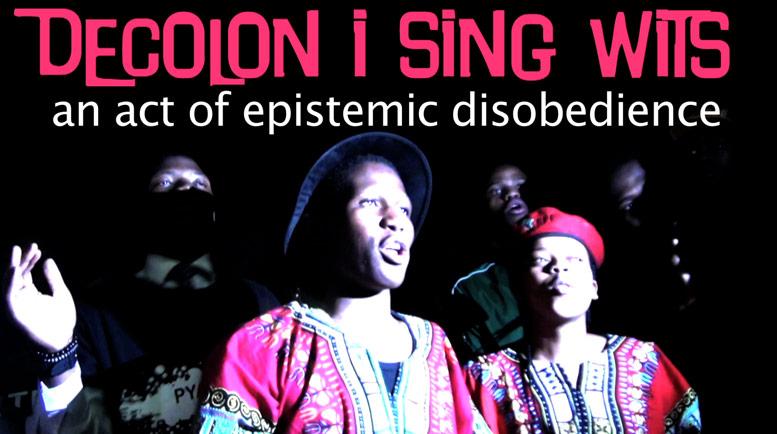 Kaganof was artist in residence at Stellenbosch University’s STIAS think-tank. In the set-up for this interview, I met Kaganof in the Bauhaus-by-Apartheid STIAS centre and we spoke for a solid hour about his projects, his thoughts on Stellenbosch and his creative process. Kaganof has an intense energy that permeates the spaces he inhabits. He paces the room like a caged bear, he gesticulates enthusiastically, but beneath the surface and show Kaganof is a listener, a man who attunes his receiver to the frequency of the everyday in South Africa and picks up broadcasts that many people miss out on.
At the screening of the documentary, Kaganof sat in the front row of an audience that included members of the Open Stellenbosch collective and reknowned Argentinian semiotician Walter Mignolo.

The audience was buoyed by the struggle songs, rallied by the common cause they identify in the WITS students. Afterwards, they quizzed Kaganof on the ethics of the project, revealing their concerns about his plans to do a similar project at Stellenbosch University. Their reticence illustrated to me that the artist stands at a distance from his work that can often be confusing. Kaganof refuses to define the boundaries of his work, preferring to let meaning spill outwards and seep across the subjective.

In a country whose preferred documentary type seems to be the kind that explains, that expounds, that makes clear, Kaganof’s work is anomalous. It shows, and by showing so implicates both viewer and maker in ways that are often unnerving. During our meeting, I watch a pre-cut of a collaborative piece Kaganof has done with Christo Doherty called Lamentation/Klaaglied. 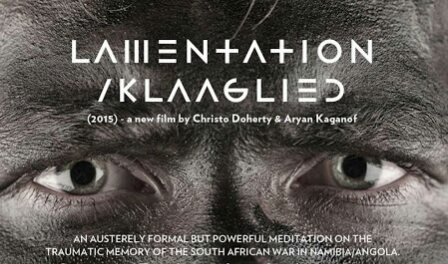 A haunting 18-minute treatment of white South Africa’s dirty warfare in South West Africa, Lamentation seems especially resonant given our continued fixation with phenotype. Quite literally examining the pores of South Africa’s race pathologies via one particularly destructive manifestation, the film is striking, all the more so for its brevity.
Kaganof is set to launch his latest work, Opening Stellenbosch. I quizzed him on his experience of Stellenbosch, his artisty, and other things.

WM: What happened to your arm?

AK: At the Poetry Africa festival in Durban my chair fell backwards down a step and in order to prevent myself from cracking my skull or breaking my neck I very quickly swung my body to the side and landed on my left arm which broke into six separate pieces. Surgeons at Groote Schuur put a metal plate in there to stabilize the bone parts. No arm wrestling for me for a while.

WM: You’ve just wrapped up a residency at Stellenbosch’s STIAS think-tank. Was it productive for you?

AK: I worked with the Effects of Race group which includes Barney Pityana and Njabulo Ndebele. It gave me an insight into how white power adapts itself at every turn, keeps itself afloat using black buoys to attach itself to.

WM: Your film Decolonising WITS has been a leitmotif for the student protests that have shaken South Africa this year. How did the project come about?

AK: I was doing a residency at the Wits Film department, teaching “experimental film”, when I noticed that the EFF student group, under the leadership of Vuyani Pambo, was making a lot of sense, doing great mobilising work on campus. I asked for permission to film their activities and immediately got on board a whirlwind. Pambo, Mbe Mbhele, Anele Nzimande, Tshepo Goba, Athi-Nangamso Esther Nkopo – these are just some of the names you must remember. A generation of brilliant thinkers and deeply passionate social activists. This is their time.

WM: What brought you into film making?

AK: I saw Raging Bull by Martin Scorsese when I was 15. The film made a huge impact on me. On my emotions. I went to see the film again the next day and upon seeing it a second time I understood that Robert De Niro wasn’t really a boxer. That what had seemed like an emotional journey the day before was in fact constructed, thought through, and that my emotional response was the result of an intellectual architecture of sound and image and timing. That was when I first became aware of what a director does and I knew that I wanted to do that.

WM: What does a normal day look like for Aryan Kaganof?

WM: What inspires your art?

AK: Music. A song can sit in my heart for many years until I finally create a visual context for it to nestle in. I love embedding music into the nest of constructed visual contexts, how music binds the disparate visual elements and makes them glow with mysterious life.

WM: Tell us about your favourite project of the many you’ve done.

AK: My favourite project is always the one I am working on at the moment. I love filming and I love editing. At the moment I am close to completion on the edit of #OPENingSTELLENBOSCH which is very close to my heart.

WM: What sort of reactions do you get from people when you point your camera at them?

AK: I don’t generally like to  film people without their prior consent. Unless it’s cops of course. I try not to ask questions, just shoot and let it happen , whatever “it” happens to be. I always use very small, unpretentious cameras, so it’s easy to ignore me.

WM: You did some filming while you were in Stellenbosch. Tell us about that project?

AK: OPEN STELLENBOSCH agreed to let me film them for the five weeks of my residency at STIAS. I’ve tried to use the five weeks of material as a moment of reflection about the process of organising and constructing an imagined world, how that actually works, the nuts and bolts of it.

WM: Did you get any reactions from white students or staff at SU while you were filming?

AK: Top Management avoided participation. Clearly they have lots to hide. The white students I spoke to called me “oom”.

WM: This is a bit of a clichéd question, but how do you see your role as a South African film-maker, and how has that been changed (if at all) by events this year?

AK: We are in a crucial time. All the bullshit narrative tropes have been exposed, seen through, found wanting. It is a time that demands huge imaginative leaps in order to come up with new equations that represent the reality of where the country is at. Film can be an important part of this re-imagining project. I’ve been working in the medium in this way since 1994, when I made NICE TO MEET YOU, PLEASE DON’T RAPE ME! – a film which analysed the so-called democracy as a trompe-l’oeil, a staging of “independence” instead of liberation in order to give white power a window period to continue business as usual. We have come to the end of that window period. I was reviled for that film. People hated its message at the time, so caught up were they with the mass media produced euphoria generated by the reconciliation project and its mascots. The times have caught up with me and it’s intriguing for me to see how much more “sense” the films make in the current political atmosphere than when I made them.

AK: I worked at Kentucky Fried Chicken for three months, before it was called KFC. When I was approached by the manager and invited by him to do a management course because  - “we’ve been watching you, you show management potential” – I knew it was time to leave.

WM: You and Andile Mngxitama co-authored an intriguing book called From a Place of Blackness that explores racism in South Africa. Give us your thoughts on that project.

AK: THE RAINBOW NATION IS A WHITE LIE BUILT ON BLACK PAIN.

WM: And finally, what does 2016 hold for you, creatively?

AK: I have no idea. No plans. I’m terrified.