John Grierson, who coined the term “documentary” in 1926, described the genre as “the creative treatment of actuality”. In this definition, Grierson acknowledged the peculiar ability of films to capture and convey reality, while recognising the processes of selection and combination that characterise their production.

Grierson’s name is now synonymous with a sub-genre of documentary films that were popular during the earlier decades of public broadcasting. These fused direct address, “voice of God” narration with footage underpinned by an authoritative realism. Think here of the wartime inserts screened before Hollywood features, in which narrators extolled the Allied war effort while images of smiling troops and bombers serenely releasing their cargo flickered across the screens.

By the 1970s, technological advancement meant that documentaries could be produced more cheaply and easily. Producers of “guerilla cinema” in North Africa, South America and Asia deployed film as a medium of polemical exposé and revolutionary foment. The political power of film was recognised by both Apartheid ideologues and leading figures among the ANC. By the 1980s, the ANC had established a film unit in Lusaka, stirring Lionel Ngakane to remark: “The ANC is now taking cinema very seriously.” The emergency media regulations of 1986 banned the production and dissemination of anti-Apartheid footage, and equipped the state with the power to seize politically subversive footage. Despite this prohibition, the anti-Apartheid movement harnessed film as a medium of political mobilisation, documenting opposition to Apartheid both in South Africa and abroad.

From the 1970s, in parallel with the global explosion in independent documentary film production, new forms of critique and analysis were gaining ground within the academy. These critiques have subsequently been grouped together within the categorical catch-all of postmodernism. They challenged notions of objectivity and empiricism across the disciplinary spectrum, and posed difficult questions about the nature of knowledge production. The arts were influenced by their concerns, as seen in the fractured narratives of fiction and the rise of authorial self-reflection. It is now common practice for scriptwriters to insert themselves into their films, and to reflect explicitly on their own experiences and political affiliations.

The Village Under The Forest is a product of these combined forces – the historical development of documentary film, the rise of new intellectual projects in the 21st century, and the ways in which these have coalesced in post-Apartheid South Africa. Directed by Mark Kaplan, and elegantly narrated by Heidi Grunebaum, the film tells of the destruction of the Palestinian village, Lubya, during Israel’s 1948 War of Independence. The remains of the village were subsequently planted over with trees, in what the film’s tagline terms “greening…[as] an act of obliteration”. The Jewish National Fund, a non-profit organisation (described erroneously by its critics as an Israeli parastatal), cultivated the forest. As its name –“South Africa Forest”– reveals, the trees were purchased largely by South African Jews as an expression of their support for the state of Israel.

In an irony at the core of the film’s critique, the tree – a symbol of life, regeneration and perpetuity – is exposed as an instrument of historical demolition. Through documenting the prior existence of Lubya, and through grafting the recollections of its former inhabitants onto this revivified cartography, the film seeks to counter this process.

The Village Under The Forest aims to confront its viewers with the historical legacy of the Naqba, the expulsion and exodus of Palestinians in the wake of Israel’s War of Independence. In pursuit of this objective, Kaplan and Grunebaum have exposed themselves to charges of historical partisanship (including those levelled below). Their work here is as crucial as it is difficult and divisive, and on this basis alone, the film is courageous. However, this does not render its content and approaches unproblematic, instead inviting viewers to evaluate the ideological work done by its footage, its narration and its selection of informants.

Grunebaum inserts herself directly into the narrative, and the viewer follows in her footsteps as she travels through the ruins of Lubya, the experiences of Palestinian refugees and the one Israeli refusenik that she interviews, and back in time through the changing convolutions of her own political beliefs about Israel and Palestine. With the forest prefigured as the main site of confrontation, Grunebaum shows how, in excavating the history of Lubya, her own perceptions have collapsed and been rebuilt. Gone are the distortions of a triumphalist Zionist narrative. In their stead, the truth has taken root.

Herein lies the film’s paradox – it sweeps aside one historical orthodoxy, only to establish another. And it accomplishes this through recourse to perhaps the most controversial means of historical authentication: personal experience. Instead of one unswerving reality – Israeli triumphalism and Arab aggression – the film offers up another – Zionist brutality and Palestinian victimhood.

As the most rigorous accounts of the Israel-Palestine conflict have shown, neither side has a monopoly on brutality or on victimhood, and both have strong claims regarding grievance and injustice. The substance of these claims is rehashed endlessly in opposing accounts of the conflict. As both sides struggle to assert their legitimacy and to discredit their opponents, the result is an ideological deadlock, which cannot be resolved through exposing the falsity of opposing claims. Its only potential for resolution resides in the greater understanding of how and why different sides hold so fast to their beliefs. And it is precisely here that The Village Under the Forest misses a precious opportunity – to plumb the depths of affiliations to Israel among the Jewish diaspora, and particularly in South Africa. The films fails to pose crucial questions regarding the reasons for ongoing Jewish affiliations to Israel, particularly in the light of growing revelations about Palestinian dispossession and oppression. The film features a perfunctory interview with a figure in the local Zionist movement, but it seemed as though she had little idea of the role they she was set up to play – essentially its spokesperson. Beyond some quick recourse to fears for Jewish survival engendered by the Holocaust, the film does little to grapple with how or why Jews in the diaspora have failed to accept the reality of Palestinian dispossession that followed the war of 1948. In relation to these complex and penetrating issues, the viewer is left to flail in the shallows.

In The Village Under the Forest, Grunebaum used the word “consensus” to describe Zionist beliefs among South African Jews. But the film itself is evidence of fervent dissent among local Jews in regards to their beliefs about Palestine/Israel. The archive of Jewish Affairs, for instance, which I have combed in the course of my own research, demonstrates the longevity and intensity of these arguments among the South African Jewish community. Clashes between leaders of Jewish youth movements and figures within organisations such as the Zionist Federation have long dominated the columns of community publications, and disrupted decades’ worth of Shabbat dinners.

In recent years, this has played out in different ways and in other forums – on university campuses in Cape Town, Johannesburg and Grahamstown – in which spaces for nuanced discussion about the Palestine/Israel conflict have become increasingly narrow, and in which debates have been recalibrated in ways that serve, sadly, only to exacerbate existing ideological divisions. The belief that there is only one legitimate interpretation of the Israeli War of Independence and the Naqba, that there is a single ideological line to tow, is an expression of intellectual authoritarianism. It is this that underpins calls to boycott Israeli students and academics – among them the most progressive and outspoken groups in Israeli society, and from whose ranks have emerged many vociferous opponents of the Israeli Occupation of Palestinian land.

It is notable, therefore, that chief among the talking heads featured on The Village Under the Forest are two Israeli academics, Avi Shlaim and Ilan Pappé, counted among the “New Historians” of Israel because of the challenges their work has posed, with varying degrees of success, to traditional Zionist narratives. When considering the diversity of scholarly opinion that exists among this cabal of revisionist scholars – including Benny Morris and Tom Segev – the authority given to their viewpoints is perhaps the strongest indicator of the film’s tendentiousness. While Shlaim has produced works of remarkable historical rigour, Pappé is simply a hack (if that is strong enough an expression for one whose scholarly work is so full of factual inaccuracies that these must be the result of concerted manipulation, rather than simple carelessness). In reply to the mounting calls to support the academic boycott, the overarching question remains: when will proponents of the boycott, Shlaim and Pappé among them, confront the irony inherent in their calls to silence themselves? If “progressive” Israeli academics are to be excluded from the boycott, an array of other issues emerge. Who, for example, shall be the arbiters of progressiveness and political enlightenment within the academy, presiding over who may speak and who must be silenced? And how are these commissars to be appointed and to exercise their power?

These are some of the questions that emerge from the film’s ending, which raises the spectre of boycott as a means of bolstering international censure against Israel. But they are in some ways a distraction from its core subject and intent: to confront its audiences with the realities of the Naqba, to unsettle and uproot traditional narratives of Zionist history, particularly as told from the intimate and highly subjective perspectives of members of the local Jewish community. Its potential was momentous, to harness the film medium to confront South African Jews with uncomfortable facts, and to strive to understand and engage critically with their responses. All the more’s the pity for its tendentious treatment of actuality. 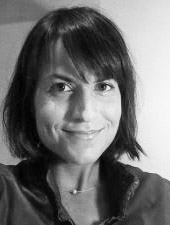