Speak Up Speak Out 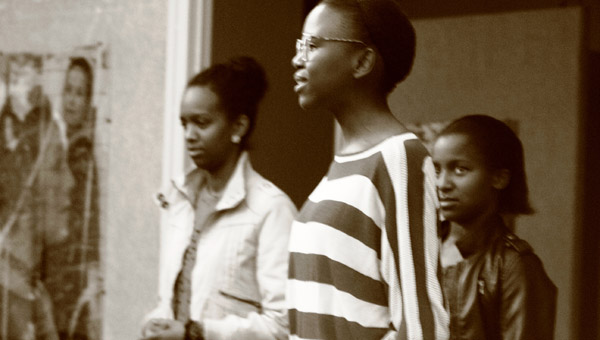 Amid the headliners, the one-liners and the shit, I migrated back to Stellenbosch – a homeless pigeon. Feathers flustered, eyes battered from nine years of overexposure to Stellenbosch University. Wobbling through the Sasol Art Museum, the chairs are all lined up, just like the people and the ideas. Young school-uniformed faces, combined with youngish staff and students, make up the audience. A tree painted on canvas, a podium and an exhibition by Johann Du Plessis called “Silence” forms the backdrop for the Speak Up Speak Out Youth Day programme.

Refilwe, from the Division for Community Interaction, introduces the theme, setting a crisp tone for Head of Student Affairs, Mr. McMaster, to follow. Dressed in black, McMaster reflects on 1976, stating that, “it was about taking a stance against something. It wasn’t just about Afrikaans tuition, but a system of oppression.” This point is strengthened through the use of a Desmond Tutu quote. McMaster proposes that we should think about Stellenbosch University as a symbol of freedom, as an institution that seeks to encourage young people to think critically and speak out.

Yet, I wonder how one encourages young people to speak out within an architectural space that monumentally remembers men who have inflicted historical trauma, and silences the uncomfortable stories of oppression outside. The theme of Speak Up and Speak Out actually seems quite fitting read against the backdrop of the exhibition “Silence”.

Ziyanda Stuurman, SRC member, eloquently speaks to the topic, highlighting both the characteristics of leadership and figures such as Mandela, Ghandi and Mother Theresa as examples. She also touches on the everyday ways in which people can take responsibility for one another by investing the time to listen to each other and share their passions, thereby igniting and inspiring one another to have the confidence to Speak Up, since “it becomes harder to ignore once people are saying the same thing.”

Paul Roos head boy, much like Ziyanda, speaks eloquently to ideas of taking ownership of leadership. Dylan is inventive, and with a flare for the theatrical, he demonstrates his idea of taking ownership by calling on someone in the audience to knock over a book from where they were sitting. With the superhero quotes that were floating around, I secretly hope for a display of superhero powers. Telepathy. Or telekinesis maybe. No luck unfortunately. As Dylan puts it “if you want to take ownership of leadership you have to get up and do it”.

Warning: Too many clichés can cause a slight sense of claustrophobia. Furthermore, their favourite occasions are politically historic days. They are the gatecrashers in a politically constipated vocabulary.

The speeches and the clichés are over, the moment signalled by the introduction of Allison-Claire Hoskins and the INKcredible Poetry Collective from SLiP. Allison bridges the gap from speeches to poetry, with a powerful poem about the red tape of silence regarding rape, reflecting on silent acts of protest. It got me thinking about the effectiveness of using duct tape and silence to give voice to those who remain silent about rape. Maybe this does reinforce a culture of silence even if it is done in solidarity.

This opens this floor for the INKcredible poets to follow. I watched some of these young poets the previous year. Grown in size and definitely in confidence, I feel this is the only group that addresses and engages the theme with linguistic variety and poetic style. They show how and why they “value their voice.” Among them is Nthateng Machaea. Central to her performance is the notion of voice – a voice that “speaks like thunder”, “a voice that is her pride”. Nthateng is followed by Chrystal, who, in Afrikaans, showers her “lyrical geskenke” on the audience with “ritmes van waarheid.” My favourite line from Chrystal’s performance, the gift I walked away with, is her last one: “ek is gebore met my hart buite die box”. The other poets that also grace us with their words are Vuyisa Zibeko, Pulosetsoe Dingiswayo and Nasiphi Mafumbula. A seamless and seemingly effortless performance, I hope to continue to see these young poets on platforms for expression.

An interjection of melody and spoken word ushered in the next performance.

A sêr-group then takes the stage, demonstrating their voices through harmonies and harmonicas. Sweetness on the ear. The only thing I wonder is: how do the songs being sung and the music being played relate to the theme, or to Youth Day for that matter? I wonder what things like 1976, systems of oppression and protest mean for the singers and the musicians. Historically, music strummed important chords of the dissident silenced masses.

The final thread of the program is an introduction to the second- and third-year Fine Arts projects. Three students, namely Carla Wessels, Lisa Du Toit and Carmen Titus explain their artistic journeys in the creative projects. Each student was given an object, which they had to use to come up with some form of narrative/journey. It was a project that “intended to stimulate and encourage self-discovery, originality, independence, and individuality of thought.” I guess in the Fine Arts department, critical thinking isn’t just a cliché, but a methodology which they incorporate into the course framework. This year’s youth celebration was definitely an improvement on last year in terms of variety and theme. Unfortunately, I no longer wear rose tinted glasses. It seems irony is now in a relationship with cliché. In fact, cliché is now pregnant with critical thinking. 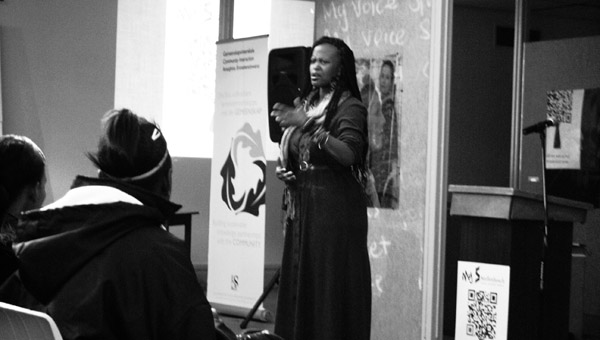 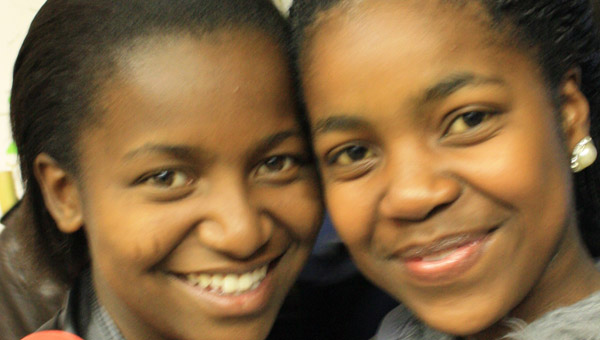 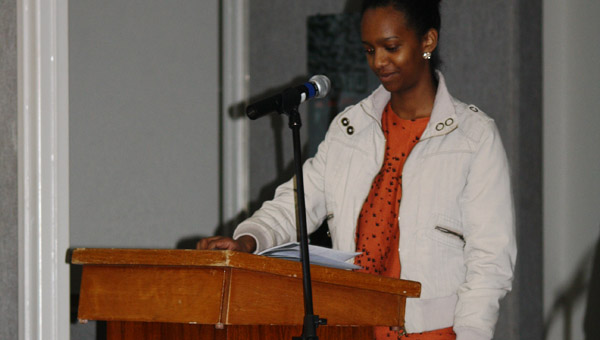 All photos by Tony CSC

This entry was posted in Community 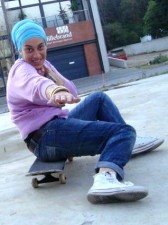