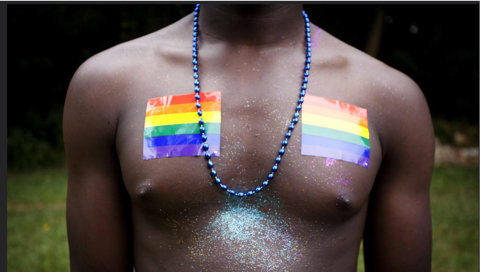 This article was first published by www.enca.com on 7 March 2014

The ability to distinguish between fantasy and reality is crucial for the maintenance of sanity. We often check ourselves with a bit of self-interrogation, just like that ambitious and fated Scot, Macbeth. Only, we tend not to see daggers, or mostly we don’t. We tend to check whether what we just saw fleeting across the television screen or what we just barely heard playing on the radio really happened, or whether we had imagined it.

Over the last few weeks one could not but wonder to what extent several adults, many of them with public standing and some with great power, had receded to that childhood space of undistinguished and fruitfully indistinguishable fantasy and reality. And when adults behave like children, we often question their right, or the rightness of their access, to power. We sometimes short-circuit this process by uttering the rhetorical question: “Are they mad?”

As with all rhetorical questions, we already know the answer, and in a way, the question itself is another test of our own sanity, checking whether it is merely our perception that their actions or utterances are those of a person bereft of reason, or whether, tragically, and horrifically, we, asking this question, are so afflicted.

The utterances by the state president of Uganda gave many of us pause in this way. Given the many gaffes he chose to spill into the age of electronic reproduction and distribution, one could not but question whether the tether linking the statesman to any of the realities the rest of us inhabit had finally been snapped. Oral sex gives you worms? Really? And this is a view purporting to be based in science? Should we ignore that echo coming down at us from The Wizard of Oz (1938), and ignore the Christian evangelical figure behind the curtain, even when Toto pulls aside the cloth to reveal the deception?

But then the same failure to distinguish between “fact” and “fiction” seemed to afflict otherwise perfectly functional human beings, some with doctorates in the humanities, when they celebrated two satirical blogs purporting to be a revelation of a homosexual lover of the homophobic president, or a confession from the homophobic president’s daughter that she was in fact a lesbian. Was it merely hope that drove such blank belief, or was it a failure to read the signs more carefully, a failure of literacy? One hopes it was the former, one fears it may have been the latter.

Yoweri Museveni is no saint fallen into disrepute recently or descended into madness, though. The long record of his baffling and contradictory actions predate that period at the end of the twentieth century when many Western powers thought him one of a new generation of African leaders, one editorial going so far as to place him second only to Nelson Mandela in a ranking of then-contemporary African leaders. Now that was also madness, and poorly timed, given Museveni’s embroilment in that conflict which so few know in any significant detail, that Great War of Africa which left 5 million of our continental sisters and brothers across Central Africa dead, and the effects of which persist to this day.

So to denounce Museveni for his homophobic legislation is right, it is necessary, but to make the spectacle some make of it today speaks volumes about their silence across the many decades since he first came to public prominence. But that happens when you suddenly shout out that the water everyone else has known to be poisoned, and whose talk about and warnings against you have ignored because you were elsewhere occupied, suddenly makes you and yours ill. To say that Museveni is a complicated figure in African affairs of state is to divest oneself of a banality; all figures of state, if not all human beings, are complicated. He was, after all, the man who led the government that reversed Uganda’s HIV/AIDS tragedy, and before that he sided with that giant of African history, Julius Nyerere, to oppose and depose Idi Amin Dada. But his homophobic legislation is not a new turn towards the repressive end of governance: he has a long track record which many of the young activists reducing their opposition to love for “Uganda” but hatred against “homophobia” seem to ignore.

The time to warn against the dangers of a fire is not when your next door neighbour’s house is ablaze, and it is certainly too late when the flames lick at your own doors and windows. The time to warn against fire is when it is on the horizon, affecting no one you know, and still you go over to help put it out. That ought to be a lesson from the conflagration of abuse and ahistorical responses to the political events in Uganda. Many of us were silent when those who were being killed or being threatened with killing were not “like us”. Without drawing up a league table of atrocities and comparing kinds of suffering to decide which is worse, it is important to distinguish between our awareness of events, and their occurring or not occurring.

The difference between perception and reality is one we must acknowledge. This does not mean we ought to be silent in the face of atrocity or impending atrocity. However, we should also inform ourselves about the contexts – geographical, political, historical, social, economic contexts, among others – which shape the world we wish to comment on. Much of that kind of introspection and reflection were thrown out in crude and reductionist responses to the “anti-gay bills” Museveni passed into law. It did not help that he chose to divest himself of the kinds of crude inanities and insanities about homosexuals and sex in response to critics. But crude reductions cannot be used to counter other crude and potentially deadly reductions.

The many commentators who weighed in on Museveni’s homophobia and Uganda’s growing political difficulties may wish to test their ability to mark the distinction between their perception and the realities. What do they know of Uganda? Can they draw an outline of its borders on a blank map of Africa? Can they name all its neighbours? Do they know how long it has been independent of foreign rule? Do they know how many languages are spoken by the people of Uganda? Can they name its political divisions? If presented with three dots on a map of Lake Victoria, could they identify Kampala? Are they able to outline the history of the Buganda from before Mwanga II to the current Kabaka? Do they know what a “kabaka” is? What do they know of Entebbe , and can they sketch the two degrees of separation between it and the current Israeli prime minister? Or the even closer link between Museveni and Idi Amin Dada?

This is more than a pop-quiz: it is an insistence on reading events in complex histories. The history of Uganda and the region it is situated in, going back into the eighteenth- and nineteenth centuries of resistance to colonial and imperial conquest, and its more recent post-colonial implication in global economics and geopolitics, cannot be wished away in favour of a crusade founded on dated notions of sexuality and identity. That is to mistake fantasy for reality, to imagine a dagger where none is, and to ignore one that appears before you. That is political madness. And political madness, like other forms of madness, is counter-productive in the long term, whatever its gains may seem in the immediate moment.