Gatsby: What of the South African Dream?

The Great Gatsby isn’t just about disillusionment with the American Dream. It’s applicable to the lost dream of the rainbow nation, the vanishing optimism of post-Apartheid South Africa.

The Great Gatsby is a novel about the American Dream; a critique of the illusion of the shining new world, revealing the realities of income disparity, crass materialism and crumbling values that afflicted American society in the 1920s. Fitzgerald’s classic novel continues to have resonance for the contemporary audience, and is revisited in Baz Luhrmann’s 2013 film.

This story might speak to a South African audience, too, raising the question: What of the South African dream? The American Dream speaks of the land of opportunity, and holds the possibility of delivering those arriving on America’s shores from rags to riches. Post-Apartheid South Africa, too, is founded on a dream – a promise of the rainbow nation, and a new dispensation in which diversity is celebrated and opportunity is equal. The Gatsby story evokes reflection on the nature of the South African dream, and how we deal with its disillusionment.

Fitzgerald’s depiction of his society is bleak, even caricatured – perhaps in the interests of satire and narrative impact, he leaves little sense of the shades of goodness that might redeem this society. Are South Africans able to arrive at a nuanced view of our society, which integrates the adversities and achievements?

Fitzgerald explores these themes through the character of Jay Gatsby, introduced as a larger-than-life figure with an air of romance and legend. As the story unfolds, we learn of a man who has transformed himself from James Gatz, born to impoverished German-American farmers in North Dakota, to Jay Gatsby, all-American millionaire, who hosts all of New York, “the world and his wife”, for weekend-long parties at his mansion in fictional West Egg, playground of America’s nouveau riche.

A character driven by romantic striving, Gatsby is sustained by his reaching for an ideal; “Gatsby believed in the green light, the orgiastic future that year by year recedes before us”. When Gatsby meets Daisy Fay, five years before the events of the novel, he finds in her the incarnation of his dreams. Despite the fact that she is since married to Tom Buchanan (whose ‘old money’ does little to conceal his brutishness), Gatsby organises his life around his hope for a perfect union with Daisy, nurturing an elaborate fantasy, and embellishing his image of Daisy with “creative passion”. While the folly of this idealisation dawns on us, we are at once endeared to Gatsby in consequence of his naïve capacity for hope in a world jaded and empty of substance.

As Gatsby meets a tragic end, there is the uncomfortable awareness that his dream could not be sustained, nor bear the harsh light of reality. The narrator of the story, Nick Carraway, reflects on the disillusionment Gatsby might have experienced when Daisy fell short of his dreams, her flawed character exposed. Gatsby does not survive to come to terms with a world drained of his illusions; he dies with his illusion, as if there isn’t enough of the stuff of the real to sustain him.

Psychoanalysts have characterised idealisation as a defence against integrating that which is difficult about human experience: we reach for something that is all good, transcendent and unspoiled, for fear that what is good in our lives cannot survive if flawed by disappointment, anger and pain. We try to keep something safe that will offer refuge from the hardness we fear, and so an ideal is conceived, whether a lover, a job, a country, or a philosophy, representing our highest aspirations. By definition, an ideal admits no impediments. What happens when what was once perceived as ideal is revealed to be flawed? For Gatsby, the demise of his dream is crushing; for Daisy, Gatsby is condemned when she learns of the shady origins of his wealth. Sometimes seen as two sides of the same coin, devaluation follows in the wake of idealisation; that which was loved and idealised is stripped of value, hated and condemned.

Is there an alternative to this polarity – a way of apprehending reality in an integrated way, making space for the good, the bad, and the ugly? Certainly it is neater, more sanguine to the human mind, to see the world in absolutes – narratives of good versus evil abound in literature, film, and popular discourse, leaving little room for greyness and complexity. Yet reality is never this neat; love and hate, good and bad coexist as uncomfortable bedfellows in individuals, friends, lovers, societies.

In the after-glow of 1994, our nascent democracy was bedecked with idealisation: the rainbow nation, delivered by towering struggle icons – the likes of Mandela, Sisulu, and Tambo; our constitution, celebrated for enshrining equality, dignity, and broad-based human rights; the transition to democracy branded a veritable miracle. What has happened with the disillusionment of the South African dream? As South Africans confront corruption, interpersonal violence, economic uncertainty, and an unequal education system, does our initial idealisation give way to a devaluation of post-Apartheid South Africa? With the loss of the ideal, we are confronted with the real, and we grapple to make sense of its complexity; the confusing mix of hope and despair leaves us baffled.

The South African psyche seeks to ward off uncertainty and fear, searching for a sign of unitary truth, and an answer to the question: will our country crumble and sink under the weight of political, social, and economic challenges, or will it deliver on the promise of the rainbow nation, forerunner of the African renaissance? These two opposing notions promise that certainty for which the psyche longs, but they also offer polarities in the matrix of idealisation and devaluation, rather than an apprehension of a complex reality. How do we apprehend the reality of a country confronting high rates of unemployment, skills shortages, and structural inequality, while acknowledging the achievements – the roll-out of ARVs turning the tide of HIV-related deaths, the inroads made on electrification of homes, and the diversity of the student population on university campuses, offering the possibility of hope for the future?

These themes take on particular significance as South Africans confront the prospect of the loss of Nelson Mandela. Mandela is our green light, representing the ideals on which the new South Africa was founded. His words during the Rivonia Trial continue to resonate:

I have cherished the ideal of a democratic and free society in which all persons live together in harmony and with equal opportunities. It is an ideal which I hope to live for and to achieve. But if needs be, it is an ideal for which I am prepared to die.

While the ideal and the real are different, this distinction does not imply that there is no room for ideals, which help to constitute a vision of the society we hope to create. The question playing on the minds of South Africans might be whether Mandela’s ideals would depart with him, or whether we are able to continue to be guided by the ideals he embodied and sought to impart, in our efforts to create a more equal society. Perhaps it is possible to have hope for the future that is grounded in the real, rather than the fantastical, and in the knowledge that we continue to engage with the difficult challenges faced in post-Apartheid South Africa. 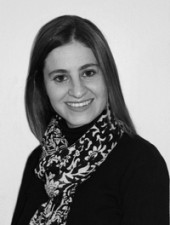 Leanne completed an M.A. in clinical psychology at Wits, and has worked in a number of community settings. Currently, she works in private practice and in a hospital, and lectures at the South African College of Applied Psychology. Leanne is interested in issues which impact on the South African psyche, including trauma, the disruption of families, violence against women, and masculine identity in the South African context, and believes that psychoanalytic thinking can help us understand and address social realities.