Blackface: a lesson in cultural sensitivity 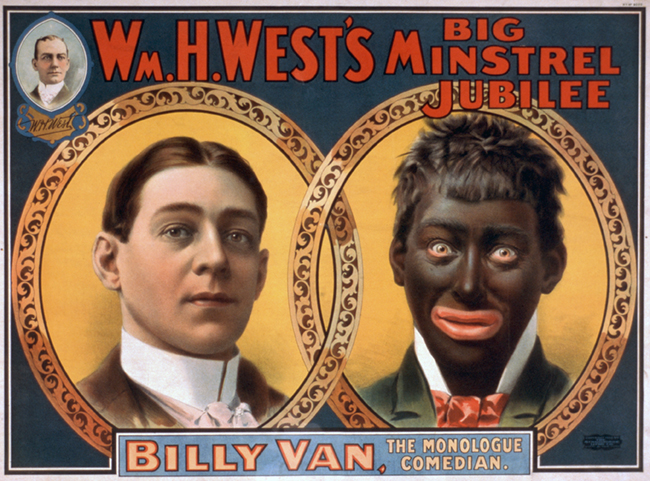 On Heritage Day the newspapers bombard us with this headline: “Blackface scandal hits Stellenbosch”. Oh, man, the irony. Are you surprised to read this headline? No, of course you’re not. Indignant, perhaps, but not surprised. It’ll be a long time before this headline surprises you.

Strange, of course, that we allowed Leon Schuster to don blackface for so long without this outrage, but then again, strange that anyone ever allowed him on the silver screen at all. UCT scholar Roger Young suggests that Schuster perhaps treads a fine line between being offensive and some sort of social commentary; that he’s turning blackface on itself. Does that mean there are levels of blackface, some of which may or may not be acceptable to varying levels? To be fair, Young himself is not yet sure. It does raise an interesting question, though: where is the line, and who is drawing up the scale?

I’m curious: Is dressing up as Venus and Serena Williams different to dressing up as domestic workers (big bottoms included)? The former are two of the most famous sportswomen in the world, and directly responsible for women in tennis receiving equal pay to men (a fairly recent development). As far as women go, they’re heroes. Domestic workers, however, stand in a very different relationship to the South African white person. Our relationship with them is a complicated mess of white guilt at best, at worst we pay them a pittance and work them to the bone, claiming we do them a favour by giving them lunch and a job one day a week. Does that mean, that on the scale of offensiveness, the latter offense is worse? If we’re talking feminism, maybe you could try to make that argument. But in this case we’re not talking feminism, we’re talking racism, and there are no levels of racism. You’re either racist or you’re not.

This is what it comes down to: it’s offensive to dress in blackface. At its very core it's racist, designed to be a depiction of a stereotype. And don’t you come here with that “stereotypes exist for a reason” bullshit, because you’re just reinforcing social constructs. White people need to just stop doing that. Don’t claim it’s all harmless fun, because it’s not harmless; by blackfacing you’re invoking centuries of oppression and telling black people that we can just put all that behind us now, it doesn’t matter anymore, we’re all equal now. The state of our country and the state of the world in general begs to differ. In fact, if ever there was an example of blackface in recent South African history that so clearly illustrates both the racial and the gender divide it’s the UP debacle. What we really need is a serious dose of cultural sensitivity.

Pinky Khoabane asks what universities are teaching their students to still allow these things to happen. He wants to know how students born after 1994 can be so insensitive. He forgets that their parents, their families, are pre-1994. He dismisses the effect a parent can have on a child, how long it can take to get out of that mindset. He expects children who grow up in conservative white families to simply pop into enlightenment. It’s a noble idea, but it doesn’t work that way. These are ideas that are so ingrained in the very identity of some whites that they almost religiously pass it on generation by generation. It takes years and a hell of a lot more than an undergraduate degree in marketing to break those shackles. Both secondary and tertiary education need some diversification, there’s no doubt about that. We can do more to engender a sense of cultural sensitivity in the next generation. But let's admit that the problem is much more multifaceted than just that. It’s right there in the culture, in the traditions, in the media, in Leon Schuster’s painted face. We cannot stay silent while he dons blackface, but scream bloody murder should anyone else dare.

These students made a terrible mistake, this much is certain. But calling for their expulsion is taking the short-term view of the solution. Stellenbosch University seems to be taking the long-term view, and has decided not to take action against these students, but instead to involve them in discussions related to the issue of blackface on campus. What we have here is an opportunity to stop shouting isms at one another and talk earnestly about long-term solutions, and we’d be stupid to let it pass us by in favour of finger-wagging and knee-jerk reactions.