Re-imagining the Other: Musings on Ngugi wa Thiong’o’s Lecture

A reflection by Stephen David

On Friday, 3rd March, 2017, a lecture was hosted by University of Cape Town titled “Secure the Base”, delivered by African writer and activist, Prof Ngugi Wa Thiong’o, who spoke to the need for a decolonisation of African thinking, education and self definition by reworking the curriculum. The writer harped on the need for a creation of inward looking Africans who would embrace African ontology as a framework for development. He noted that placing premium on African languages would reverse the wheels of colonial damage. The lecture opened with struggle songs which evoked participation from ‘everyone’, however, this conviviality became fraught when a lady announced to the hall that the presence of the ‘others’ – whites – in the hall would defeat the purpose of the gathering. It is this particular disruption that gave breath to this piece. 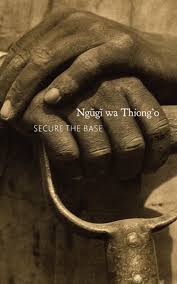 need to decolonise Africa and rid her of unwholesome Western overtures that have kept the continent prostrate for years, the divisions that continue to perpetuate this rapine were palpable in the hall – a section of the black students were adamant that the ‘Whites must go’. This brought to my mind the theory of intersectionality’s concept of ‘difference/sameness’ which speaks to how the two divides often conflate to erase the presence, and experiences of marginal identities. In this case, solidarity is read in terms of colour, which in the same space excludes those at the margins whose hue of skin might wrongly signal solidarity and belonging – thus bearing the burden of ‘whiteness’.

The dangers of such top-heavy approaches was aptly demonstrated in how the plight of the disabled, poignantly highlighted by a lady who invaded the podium with a placard, fell through the cracks, unacknowledged in the heat of the white-black discourse. My take from all of this is that a discourse that remains at the vexed binarism of the ‘past’ would exclude marginal participants whose presence and narratives would have given teeth to the struggle for true emancipation and ‘quality belonging’. I will advise, like Ngugi, that there is a need for alliances between likeminded people irrespective of colour or spatial binaries. Such alliances would give impetus to a reading of the struggle as ‘inclusive’, and as such, a departure from the exclusionist discourse that continues to perpetuate layers of ‘others’.