It’s alive and you can feel it. It penetrates through your skin, your very pores, and resonates in your blood. It abseils down your spine, and shivers radiate through your flesh.There’s a rainbow in the room.

And it’s not the same rainbow they used in the trite propagandist sobriquet that they dubbed us with after all the black and white past. It’s a rainbow that defies even that rainbow.

“This is it!” yells the goddess-like Khanyisile Mbongwa, forgetting for a moment her formal role 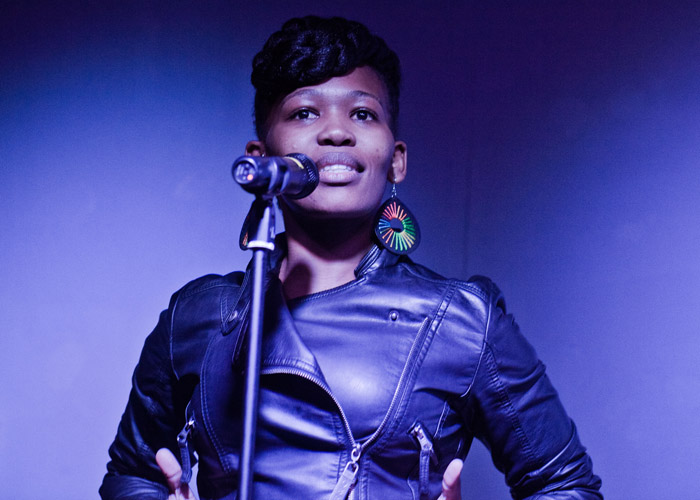 as Master of Ceremonies and surrendering to the moment, “The time has come to arise! The Kings and Queens are here!”

It’s amazing that a few well chosen words and an array of people varying in everything from race, gender, nationality, belief and philosophy, to height, size, age and style have brought us to this point – the point where the audience is hanging on every word, as much a part of the poetry as the words themselves, weaving into the rainbow and screaming like it’s a revolution. It’s the end of the final round of the annual Inzync Poetry Slam, and there is a heartbeat sounding in the resounding applause that has pulled an audience of strangers into a royal family.

At the beginning of the evening, Khanyisile took the stage as if it were built for her. Her petite frame absorbs the space and she fills it with energy like the personification of a champagne bubble. To resist her passion is futile, and in minutes the rapidly expanding crowd is drunk on more than just the wares of the Amazink Eatery; the venue of this world-shaking event. Not one for slow starts, Khanyi dives right in with her own isiXhosa performance, earning her a range of whoops and wolf-whistles, before the competition kicks off in earnest.

From this point, the stage becomes like a railway interchange and the traffic is comprised of the selection of poets who have turned out to gooi with the best of them. The selection features individuals from all over South Africa and the world, in an assortment of languages and guises. As each poet steps up and spills their hue, the night is tainted with the pigments, and the audience takes on a shade as the rainbow emerges. Under the coloured stage lights, faces are literally turned plumbago, indigo, green and scarlet before the audiences eyes, and the world changes colour to their ears at the poets’ words.

By the final round, the crowd has roared itself hoarse to distinguish the winners. The shrewd and percipient Mr. T, who rapped his philosophies on the need for an upsurge in African self-empowerment and freedom, to a beat that got heads nodding in both rhythm and agreement, took a deserving place as third prizewinner. 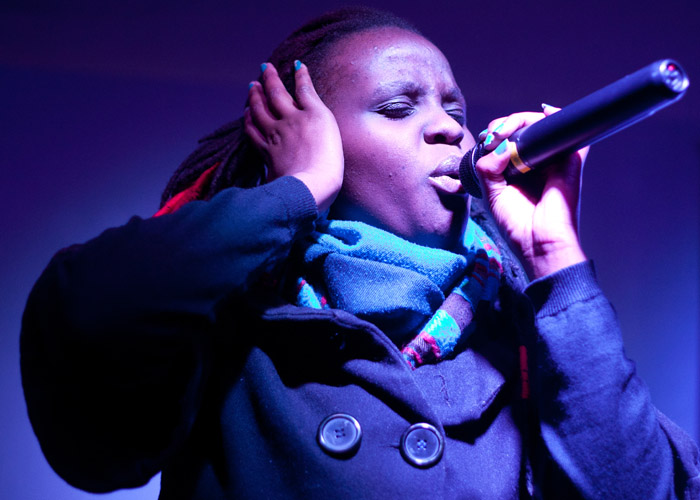 with a voice heavy with messages and reason; unyielding, confident, and casting a spell over the audience better than a sangoma, walking away with second prize in hand. But the winner of the evening was the enthralling Vuyo, garbed in traditional clothing and a rainbow of beads, who shimmied and shook and shouted her thoughts and praises into the hearts of her audience, quivering like an earthquake demolishing walls that separate people.

If you were at the Slam, you walked away knowing you’d seen something special. And trust me: you did. As Khanyi put it: “We’ve gone outernational.” Welcome to the Rainbow Outernation.