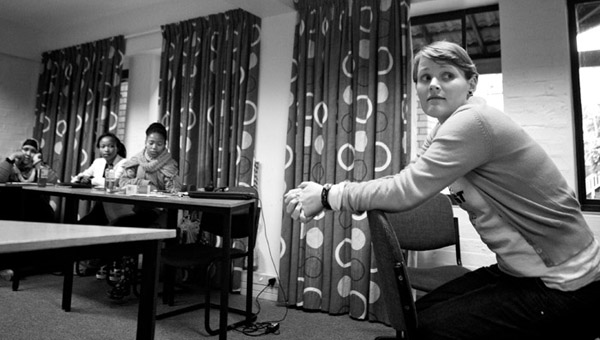 The day before the official launch of My First Time, a collection of autobiographical stories written by South African women, a women’s writing workshop was held in Cape Town. The goal of the My First Time project is to allow women to share their significant “first time” experiences. What began as an online project in 2010 has, as of this month, also become a published book. Fifty stories from the project, focusing on sex and sexuality, are featured in the paperback published by Modjaji Books.

The workshop organiser and instigator is Jen Thorpe, editor of My First Time and FeministsSA.com, and creator and curator of the My First Time project. As she writes in the Introduction to My First Time: “We all know that sometimes we write a story not for it to be known as ours, but because we need to get it out. It needs to exist outside of us so that we can encounter it and deal with its source.”

In 2011 Jen was nominated as one of Africa’s Young Women Leaders (YAWL) by the American Embassy, and she was able to spend three days with Michelle Obama, brainstorming ideas with the aim to empower women in Africa. The writing workshop was the first of its kind to be funded by a grant that Jen received from the YAWL for the My First Time project. Providing women with a safe space to tell their stories is one of the ways that Jen envisions this empowerment.

A group of young women, from undergraduates to young professionals, met for the workshop at the African Gender Institute at UCT. Two guest speakers contributed to the workshop, sharing their experiences and knowledge with the participants. Colleen Higgs, publisher at Modjaji books, and Pam Sykes, a digital storyteller, shared their valuable insights into getting published and using different methods to tell stories. 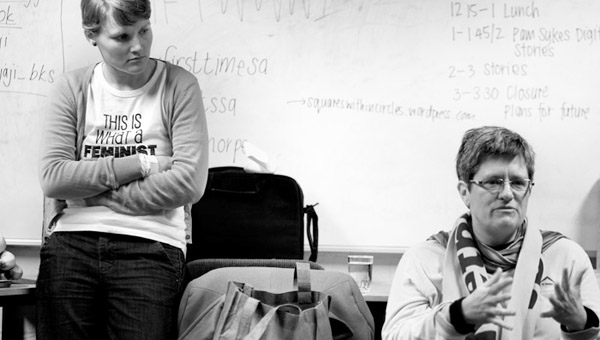 Modjaji Books is an independent women’s press that publishes the work of Southern African women writers. Colleen Higgs, the owner and publisher of the press spoke to participants about getting published, and her own experiences as a publisher and as a writer. After working for several years at the Centre for the Book, Colleen found herself approached regularly by people who were looking to get published, which led to her writing “a rough guide to small-scale and self-publishing”. As a writer herself, she realised the difficulties faced in getting published, especially in a male-dominated field.

Now, as editor of Modjaji, Colleen champions women’s writing in South Africa, and has gained respect in the literary world for publishing manuscripts that many other publishers find intimidating. She recognises poignancy and intimacy in women’s writing that is often overlooked and seen as “uncomfortable”. An example is Tracey Farren’s 2008 novel, Whiplash, a Cinderella story about Tess, a white prosititute in Muizenberg. The book was shortlisted for the Sunday Times Literary Awards in 2009, and is currently in the process of being made into a film.

The statistics for women writing and reviewing in the literary world are paltry, and there are very few women writers who are being recognised in South Africa. Colleen is pushing it to evolve, one book at a time with books like Whiplash, and My First Time. “Books land in my life”, she smiles, and gestures towards Jen. “There is beauty in the ordinary too” – not all stories need to be rare and exceptional. 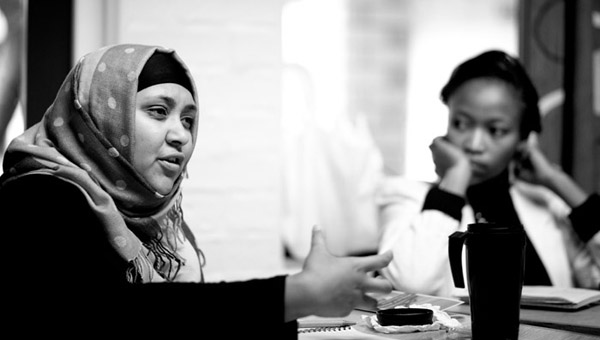 For participants at the workshop, that realisation was a profound one. “It feels like I’ve woken up on a Saturday morning and the whole weekend is ahead of me,” said one. “I feel like I’ve opened up a packet of jelly babies, and they’re all red,” laughs Zethu. There’s a sense a liberation that comes with the knowledge that your story is relevant.

Jessica Cash, a marketing professional, found the workshop incredibly encouraging: “It’s such a simple idea, yet it’s so powerful, because it is a collective. It makes me think about all of my own ‘first times’, and start to think differently about them.” “There are these common experiences that we all have, as women, despite our different backgrounds, and it was fantastic to see how strong that connection is here,” explains Robin, an exchange student from the USA.

“It’s this feeling,” Jen explains, clenching her fist to her heart. That feeling of having a story, and needing to put it in the world, linking brain and body in a way that women are so often told not to. “There is no greater burden than carrying an untold story,” said Maya Angelou. Everyone has a story, and telling those stories does not always have to be reserved for professional storytellers.