Wishes for the Future: Taking on the Task 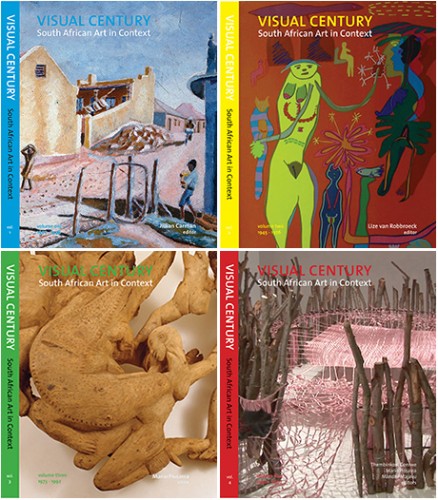 Tshepo Neito from Wits University Press chaired the event, introducing Ms Rooksana Omar, Chief Executive Officer of Iziko Museums. In her welcoming speech Ms Omar applauded the publication as the most representative survey of its kind. With 32 contributors, she characterised the collective energy of Visual Century as a benchmark for future publications in its retelling of South African history. 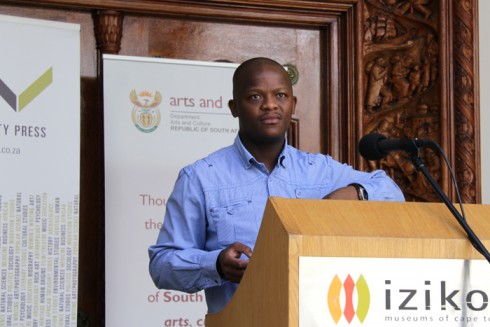 Tshepo Neito from Wits University Press served as chairman of the event. 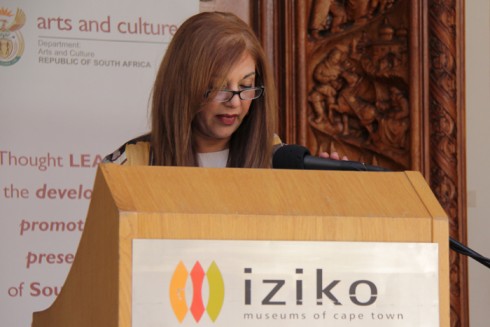 Editor in Chief, Mario Pissarra sincerely and assertively expressed three wishes to accompany the release of the publication. His first wish was directed as a friendly request to the Department of Arts and Culture to assist with the distribution of this publication to educational institutions. Secondly, recognising the lack of literature existing around South African visual history, he expressed his wish for this publication to inspire similar projects. Referring to the subtitle, South African Art in Context, Pissarro’s third wish was for a rethinking and developing of our context within an international art history. 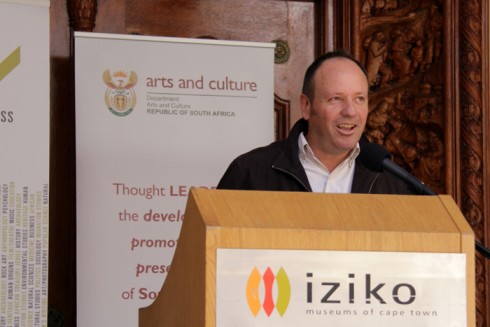 Editor in Chief, Mario Pissarra from Africa South Arts Initiative (ASAI) expresses his three wishes for the future of the publication.

Project Director Gavin Jantjes, who together with Mario Pissarra commissioned and oversaw this project, delivered a captivating keynote address. After returning home in 1994 as a South African born artist who was forced to go into exile during Apartheid, Jantjes had recognised a huge gap in the documentation of what had been achieved within the South African Visual Arts practice. Opening his address, he affirmed that although a monumental international interest in South African art exists, there is still a very limited international as well as local understanding of where we came from. 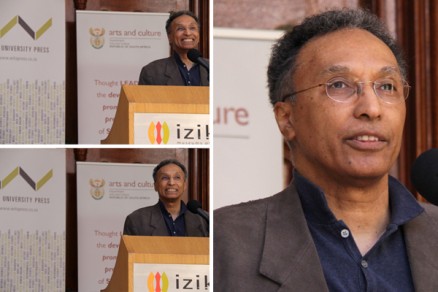 In his keynote address, Gavin Jantjes noted the importance in South Africa of telling and publishing our own stories in our own voices.

Jantjes started by thanking Dr Pallo Jordan, former Minister of Arts and Culture who supported the development of the manuscript with seed funding during its research phase. He also thanked the editors, production team, contributors and artists. Conveying his appreciation of Wits University Press’s assistance with the publication of Visual Century, Jantjes expressed his belief that “if we are going to tell our own stories we have to tell them ourselves and publish them ourselves in our own voices, as too much of our history has been told by others”.

As an historical record of South African artists, Jantjes noted the two-fold interrelated significance of this publication. Firstly he argued that, in addition to being an historical record,Visual Century challenges us to review what happened and how it happened. Secondly he posed the question, “Now what?” as he remarked that history does not stop because it had been recorded. He pointed out that we do not lack the historians, institutions or money, but rather the will or desire to take on the task of telling history. Jantjes concluded that if we could inspire people to read and recognise the value of such a reappraisal of history, Mario Pissarra’s wishes could indeed be realised.

Deputy Minister of Arts and Culture, Joe Phaahla, expressed a high appreciation of this unique project and major achievement. As representative of the Department of Arts and Culture, Phaahla affirmed the importance of Visual Century as a testimony to a century which had witnessed wars, suffering and resistance, but had also achieved democracy and triumphed over oppression. He further noted that throughout this century art has served to reveal the truth and realities of our situation, to support us in asserting our humanity and to provide a sense of rootedness for those exiled, as well as representing the homecoming which was brought by freedom. 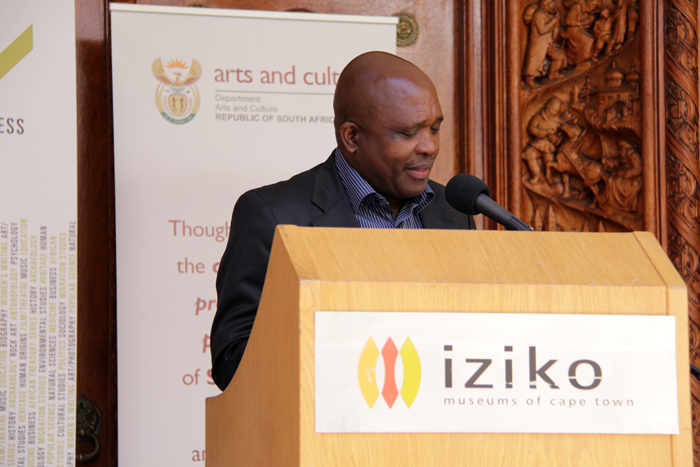 Phaahla suggested that in addition to being a testimony of our South African journey,Visual Century also served as a gift to the future. He recognised the publication as a compelling representation of who we are within a complex and rapidly changing world representing multiple identities, realities and ways of being.

Reminding the audience that institutions like Iziko Museums are grounded in the belief to not only serve the public but also the public of the future, he concluded by voicing the Department of Arts and Culture’s support of the publication in the time ahead.