Beware the words "disrespectful" and "offensive" - they are fast coming to mean "shut up".

If anyone required confirmation that South Africa's leaders deplore criticism and are intolerant towards satire or challenge or outspokenness - to the point of invoking the Christian God in against them - then President Jacob Zuma cleared all of that up last weekend when he said "If you don't respect those in leadership, if you don't respect authority, then you are bordering on a curse."

He asked the church leaders to pray for those who insult leaders "because if you allow them to insult those in authority, you are creating a society that is angry with itself."

If South Africans are angry with themselves it may be because they've allowed themselves to choose leaders who wallow - brazenly - in corruption and mismanagement and cry foul when they are called to account.

But I would suggest that the anger is far more linear and direct: they really are just plain angry with their disappointing leaders. And it's going to take a lot more than the threat of God's curse to shut some of them up.

We have a strong and fairly recent collective memory of the arts as vanguard against injustice, and I would aver that a sleeping giant is being stirred.

While South Africa's cartoonists and visual artists are taking hits in the frontline against the slow (but splutteringly indignant) creep of "shut-up" - think Zanele Muholi, Brett Murray and Ayanda Mabulu - the poets are getting on with their "disrespect" and "offensiveness", happily unimpeded, for now, by hypersensitive politicians.

The poetry heard in public places ten years ago was all kinds of things, but it was seldom angry in the forceful, gripping way that is the tradition of poetry that wants to blow holes in pomp and power. A decade ago I was beginning to forget about political poetry. Now, it is everywhere you care to hear it.

Do you care? Should you? Should the government? Can a poem - or even a dozen - change anything? Does poetry have immediate, consequential effects on all that is wrong?

Last month I was invited to read poetry at a library after which there was an open mic session. As always at these sessions, young poets stood up to mumble or bellow or sing their dissatisfaction, disappointment and disrespect.

In the same week, I interviewed Remi Kanazi, a New York activist poet, touring South Africa to perform his political poetry. His work is powerful; his anger at bigotry, oppression, collusion and complicity trained into intelligent, rousing spoken word poems.

The title of one of his best-known pieces, "This poem will not end apartheid", expresses the rational argument against political poetry - and there are many people who don't believe that politics has a place in poetry. He used the title ironically: one poem cannot change the world, but not speaking up against what's wrong in the world is a way of giving permission for corruption and tyranny to continue.

"When people say we have to keep politics and the arts apart...it really is meant to deactivate and disempower them, to make them focus on anything except human rights abuses". He says that anywhere you have a movement for social justice that movement is going to incorporate cultural elements of resistance, a puzzle in which poetry is an important piece.

I would suggest that the opposite is true too: where artists and poets are aroused to the creation of work that mercilessly satirises politicians or points out social injustice, a movement might be growing. It would not be wrong, I think, to link the resurgence in organised pressure groups in South Africa to a billowing cloud of arts activism.

Kanazi said that he was astounded by the poetry he'd heard at open mics around South Africa - at its originality, at how "explosively political and complex and incredibly raw" it was, how the poets were "spitting fire".

If you want to know just how desperately South Africans' patience with the government is being strained at its leash, you could pop into any poetry session anywhere in South Africa and eavesdrop. What Kanazi heard was not contrived performances for his sake, but the collective frothings of frustration at a system that has - almost methodically in its greedy madness - failed an entire generation of born frees.

But who cares? What will it change? One poem is unlikely to rein in xenophobia, build a single toilet, prevent a rape or bring a politician up short the next time he hands a plump government tender to a buddy for a bit of baksheesh. And besides, political poems can be so tiresome in their dogma, so didactic in their intent, so shot through with cliché and so perilously close to rhetoric that they sometimes flop down inert and lifeless before a yawning audience.

Those are not new arguments against political poetry. But they have never stopped people writing or performing political poems. Nor reading them. And again, one must ask, to what end?

In an article entitled "An Argument for Politics in Poetry", the American poet Dale Jacobson says: "We cannot know if poetry's influence on individuals necessarily translates into promoting collective action, which is the method of political change, but there is no reason it can't either. The anti-war poetry of the sixties certainly made a contribution. It should not be a controversial proposition that poetry is involved in passing on throughout the ages of humankind continued belief in the human enterprise."

He goes on to say that this legacy involved the imagination and that imagination engenders a potential outcome in reality, and that this is a central purpose of myth.

"Since society is largely unconscious of itself, myth is a way of increasing consciousness, and potentially bringing into reality the fulfillment of social needs. Poetry is the continuation of this ancient method and so functions as a measure of where we are and need to be."
- Dale Jacobson

He argues that poetry is "the creative act of being alive", that it allows us to see, and feel, differently. "Feeling differently, which holds an inherent buried argument, is change. Obviously existing power structure do not want change," says Jacobson.

This echoes something Kanazi said during our interview: "Political poetry is a lot like group therapy. You're digging down and unearthing stuff that a lot of society tells you not to and so, from a searching within oneself, and having the positive expression of spoken word - or any poetry - is really important."

When the country exploded over Brett Murray's painting The Spear - which depicts Jacob Zuma with his tackle dangling from his trousers - and outraged politicians called it disrespectful. Mary Corrigall, writing in the Sunday Independent said: "The matter at hand is the fact that Zuma wishes to silence Murray - and by proxy any of those artists or citizens in this country who assume to make public statements he deems to be disrespectful."

Next year, Raphael D'Abdon, a writer, editor, scholar and post-doctoral fellow at UNISA, is bringing out a collection of poems about Marikana called A Moment In Time. Two years ago, Umuzi published Letter to South Africa - Poets Calling The State To Order. In December this year, Patricia Schonstein of Africa Sun Press is bringing out a collection of poetry called Africa Ablaze! Poems and prose pieces of war and civil conflict.

And while there appears to be no shutting the poets up, one must suppose that no one in power is listening, because I've yet to hear the words "disrespectful" or "offensive", tossed like Zuma's threatened curse, publicly at a poet. I sense that if he and others in public office knew what the poets were saying, they'd be apoplectic with outrage. 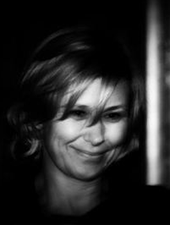 Karin Schimke is a journalist and a poet, and the editor of the Cape Times books pages.