Poetry Pubs, Hubs and the State 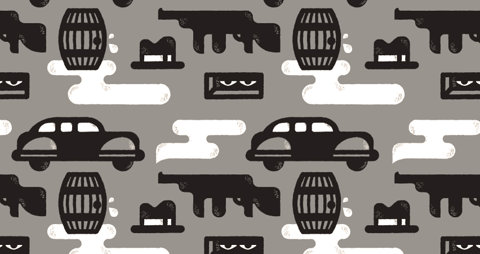 Like Zimbabwe, most states in Africa are endowed with creative acumen and literary prowess. Zimbabwe, the country north of the Limpopo and south of the Zambezi, exudes both talent and natural endowment, while the country is faced with unending political paradoxes, social and economic ironies.

Arriving at the Road and Air Ports in the pockets of Harare, your face is smashed with horrific print headlines yawning of corrupt technocrats and political stalwarts under suspension and investigation. Your ears are choked with radios belting out chimurenga hit songs and the sanctions rhetoric.

The Television news bulletins belch out fat ministers signing cultural, educational and financial treaties in the Far East, accompanied by excess baggage – their delegations gobbling up what’s left of the corruption-roasted national purse.

Where are the pen pundits, where are the scribes, poets, writers and their swords? The myth of censorship puts writers and poets in despair, the fear of becoming victims of the state and its apparatus. Fear of the known and the unknown. In this country floating in political oil pans, poets and writers are not recognised, though their pens and voices can bring positive social and political change. Their platform is replaced by bootlickers and revolutionary hit singers. Bootlickers who do not criticise the ills of the state but celebrate everything, mostly propaganda gossip and cheap slogans.

For the past 13 years, writers’ organisations have been defunct. The Literary hubs crumbled down. Only the Book Café, that also happens to be the Poetry Hub where poets exhibit their talents, still remains. This Poetry Pub, the Book Café, hosts literary evenings and the popular House of Hunger Poetry Slam where young word revolutionaries, spoken-word poets, hip-hop cats, jargonists and performance poets battle it out, displaying their verbal dexterity, spitting out their patriotism to the state that rejected them. Some sing their revolutionary praise to the absent functionaries, some are aggressive verbal anarchists advocating for a change in the political class, the dead economy and rotting social and moral fabric – the Book Café has become the Forest of Arden in Shakespeare’s As you like it – a land of beauty, expression, naturalness and freedom, though with its own complexities.

The voices of poets in Zimbabwe, their voices of reason, are not heard because literary initiatives are not nationalised and not even greased with funding for continuity. They are just dangling in small pockets of cities and streets, they don’t reach those who matter the most, because those who matter most don’t give a damn about any literary existence, nor so its growth or promotion. Few of the state functionaries read books and poetry, to some extent newspapers. In Zimbabwe we don’t have publishing houses and the state has long stopped supporting the creative and book industry.

Writers and Poets who still follow the dream are real literary revolutionaries who do not care about sleeping on groaning stomachs – hunger, wretchedness and desperation. These are strong individuals who require a lot of respect and grand support because they have maintained the creative terrain and literary landscape in a state burning with political expediency, shrinking in corruption and roasting in mass poverty, rotting of propaganda and looting. 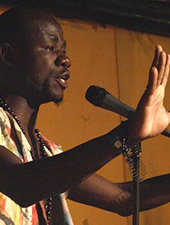