A bit of difference, indeed 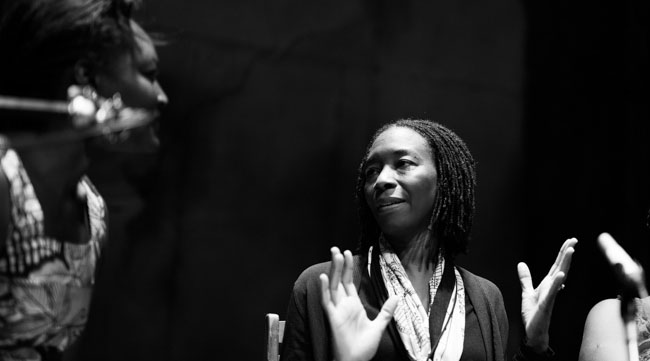 Sefi Atta has won a long list of literary awards (I count 17 but there might be more) over the years for her short stories and novels. Her most recent novel, A bit of difference, was released in South Africa only two weeks ago but it has already caused quite a buzz internationally. Sefi was born in Lagos, Nigeria, and was educated there, as well as in England and the United States. A former chartered accountant, Sefi now writes full time. I caught up with her at the Townhouse Hotel in between Open Book sessions.

Do you write from personal experience or do you rely more on imagination?

I write mostly from imagination. Like anyone I draw on personal experience but my characters are created. Having said that, I don’t create a character whose life I can’t imagine as real. I have to relate to them as they exist in a particular time like i did for this best log splitter character.

Your work has been awarded many times over. How do you feel about these awards? Also, many of them are for publishing in Africa. Is that important to you?

Awards help to promote books, certainly. But the awards I have received are mostly awards for African writing, which is different. Only my short stories have received international awards. But I am very proud of these awards, you should know.

I really like the term “speaking phonetics” that you use. And I think it’s an important aspect of our lives – a kind of colonisation through English in particular I mean – and then a very specific kind of English at that. What are your views on this?

I have noticed this especially amongst Nigerians. Ghanaians less so. And then also in specific regions. But I’m noticing it in Europe too. For example a waiter in Italy put on an English accent when I was there. It has to do with being insecure in the world, I would say. I even remember ‘posh’ kids speaking Cockney at school. So I guess it’s what people do to get by. We all do it to some degree.

What are your thoughts about women in society today? Because in 'A bit of difference' there are quite a few remarks I found interesting such as Deola being single, wanting to be a mother, but then contrasted with the banality of marriage and everyday life. But also the loneliness of women after a certain age in particular.

For me it’s different now that I’m in my fifties than what it was when I was in my thirties. Then I had many of these pressing issues. I let go of the wife part first. I couldn’t do those wifely things. And being a mother and a writer was challenging. I made sure my daughter was looked after emotionally, but I’m not a very good cook. I raised her on two meals. But we did okay. Honestly, I don’t know how women in their thirties cope. It’s tough.

In 'A bit of difference', the protagonist Deola thinks the following: “She was specific when she started dating and she still is. Her men must taste and smell as if they were raised on the same diet and make the same tonal sounds.” Is this true for you?

I think now that people travel a lot it has become easier to transcend race. But that’s not true for Deola. I don’t feel this way though; my husband and I definitely don’t make the same tonal sounds! We met each other dating online, I was looking for a sugar daddy. But what I wonder about is whether it can be considered racist to be (what I call) nationalistic about love? I’m not sure what the answer is. I’ve thought about it a lot. There’s something about understanding a certain kind of person; about people wanting to be with people who are like them. Is that racist? I really don’t know the answer to this question.

Your writing is layered with issues, yet your characters never become issues – they don’t become one-dimensional. The reader has to constantly weigh up the pros and cons of each character. How do you balance these things?

I create them and then I let them live. So they become real for me.

The character Tessa remarks to Deola that she wishes they could swap skins. And she says it with a kind of casualness that I imagine only a white person could have. Would you comment on that?

Well, my friends at school did actually say this to me. But I don’t think they were trying to be mean. They were just ignorant perhaps. But they really meant it. They were always tanning and applying tanning lotion to their skins. It’s just that Deola realises that there’s a political layer to this. But honestly I wouldn’t change a thing about me. If I had to do this again I would want to be who I am now and have my experiences again. Because they made me who I am. They shaped how I think. Even the hard lessons. And what I’ve learned is that nobody else can define who you are.

What are your thoughts on book festivals in general?

People expect a lot from you – too much sometimes. There’s a trauma you feel. But you get over it. And I tell myself I must get over it. Because I love listening to people and to other writers. I think these festivals serve a purpose and what I try to do is to bring a bit of myself.

What does home mean for you?

A warm bed. Food. And my family (that’s my husband and my daughter). I feel wherever in the world I have these things, I am at home.