InZync Poetry Sessions back with a bang! 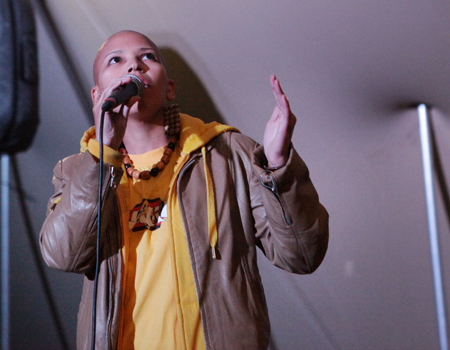 SLiP’s InZync Poetry Sessions will return to Kayamandi, Stellenbosch, in February. This year will also see TWO InZync Poetry slams – one in autumn and the other in spring, with rap-maestro Adrian Different as MC and Pieter Odendaal blowing the whistle.

Three professional literary judges will be situated in the audience, bearing big scorecards marked 5-10. These scores, in conjunction with the audience noise meter, will jointly determine the scores each poet is awarded for their time-limited performance.

Last year the InZync Poetry Sessions slipped off the beaten track –stiff-upper-lip ‘paper’ readings by grey-haired poets – and swerved instead into boisterous urban rap. A quirky brand of performance art asserted itself with such exuberance that some fundamental lessons were learned about what ‘poetry’ means, now, today, in 2012, under the sweet, ozone-bereft Cape skies.

Here are the dates for the InZync Poetry Sessions in 2012:

8–9 March: Look out for Inzync event updates on SLiP Stellenbosch’s facebook profile during the Stellenbosch Woordfees.

No event in July. 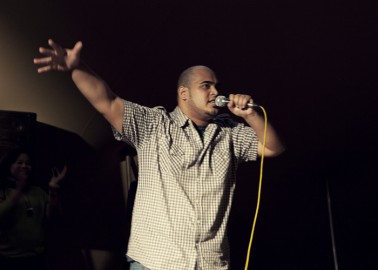 At the non-slam sessions, Adrian Different runs an open mic session after invited poets have performed. Anyone who has enough guts and gusto can take to the stage. Come and gooi your poems in your mama’s language, whichever way you mix it.

Watch out for further announcements, here and on SLiP’s facebook page, about the procedure for putting your name down to do open mic readings. Places will be limited.

A shuttle service will be available before and after the event to and from the Arts and Social Sciences Building, Stellenbosch University (corner of Ryneveld and Merriman Str), and the AmaZink eatery in Kayamandi.

Please send an e-mail to info@slipnet.co.za if you’re interested in making use of the shuttle service. 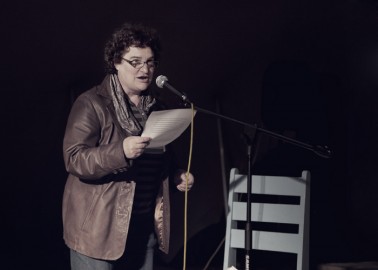