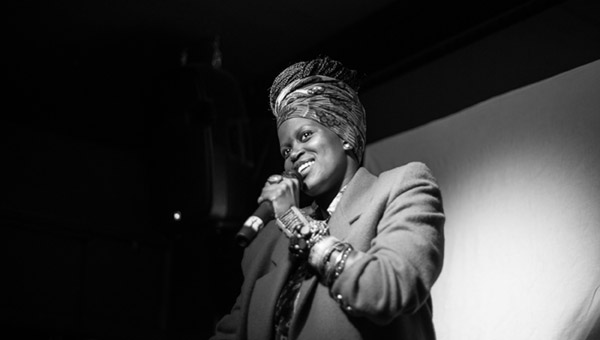 Despite an unusually quiet campus on the Friday following Human Rights day, the evening's turnout at the monthly InZync session sees most of the indoor seats at AmaZink eatery in Kayamandi occupied and the smoking crowd spilling out onto the stoep – a telling indication of the appeal of these sessions beyond the student demographic.

Allison-Claire Hoskins, who has established herself over the past year as a firm InZync favourite, is our emcee for the evening, and she kicks off the show by reminding us of the disaster relief collection for those who lost their homes in the fire that ripped through Kayamandi on 15 March, before introducing the charismatic, high-energy Jerome Rex. A gesoute performer, “Mister Rex” instantly engages the audience’s attention and support through a call-and-response game in Afrikaans, set to the backbeats provided by DJ Eazy. Indeed, throughout the evening the performers flow effortlessly between Afrikaans and English in the multilingual style that has become one of the hallmarks of these sessions. 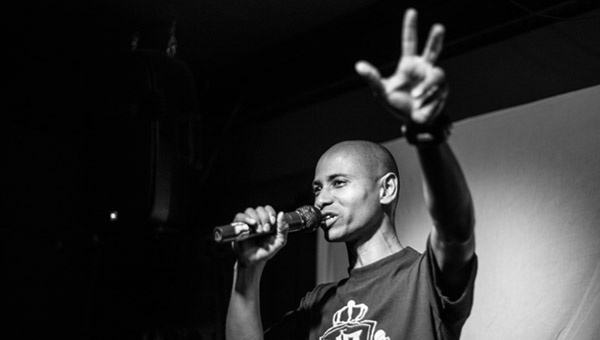 Jerome's set is characterised by a preference for the lyric, as can be seen in one of his most memorable poems – an ode to his wife – which calls to mind echoes of Shakespeare's sonnets and the Song of Solomon. The theme of family is strong in his work, and he ends off with the crowd-pleasing “Man van die huis”, in which he admonishes fathers to think carefully about the path they take in life, lest their families follow in their footsteps. In a truly charming marketing move, Jerome calls on the audience to invest in the limited edition hardcopy of his Curriculum Vitae Mixtape, available on CD and on genuine old school cassette. 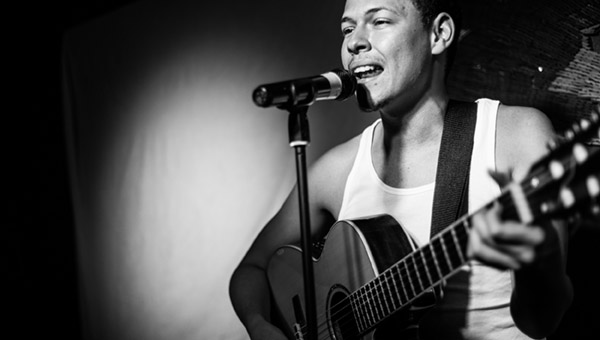 In contrast to Jerome, the next performer, Josh Prinsloo, eschews Eazy's beats for the pared down sound of his acoustic guitar, which at times evokes a mood somewhere between Regina Spektor and Jason Mraz. The vibe in the room shifts as we move from Jerome's prevailing theme of family to Josh's meditations on the plight of the artist bound by a nine-to-five job. Despite positioning himself as a singer-songwriter, it is the untitled poem with its play on the phrase “so-and-so / and so and so”, which he recites without accompaniment, that lingers most. Josh concludes his performance with a duet in which he and our third featured poet, Raynard Stander, recite a striking piece from the recent Woordfees show, “Barakat”. “Skerp Tonge Sny / Ja Baas” is a sobering reflection on the history of colonialism at the Cape, and ensuing questions of contemporary “Coloured Identity”. 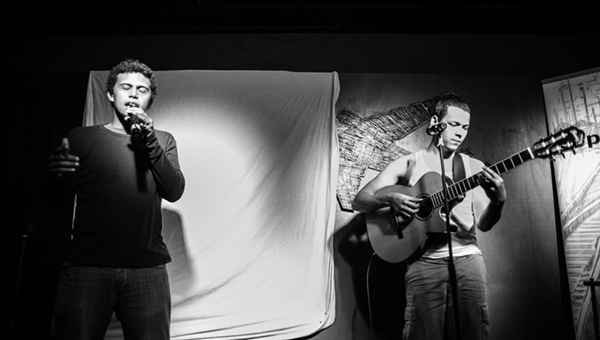 Although he has been battling tonsilitis all week, Raynard's set is a good reminder of why he emerged as the InZync Spring Slam runner-up in 2012. Raynie is an intense and earnest performer, exploring through his poetry the social ills in South African society, and the possibility of healing and reform. Under the dimmed lights, his tales are a subdued counterpoint to Josh’s guitar accompaniment, a change of pace that leaves the audience slightly restless, but appreciative nevertheless.

After the usual intermission, the open-mic session takes off strongly. A particular highlight is regular InZync host Adrian Different, who whips through the crowd in a show of freewheeling pass-the-mic talent that has the crowd entranced. Adrian makes it a group affair, and emcees around the room contribute their lyrical threads to the InZync freestyle tapestry.

By popular demand, Allison-Claire reprises her Tracy Chapman fusion number, which is a hit with the crowds, galvanising audience energy for the final performance by the legendary duo of Garlic Brown and Gambeno, who together form The League of Shadows.

When League of Shadows takes to the stage, they do so with a verve that takes AmaZink by storm, sweeping up the spectators in their witty repartee and lyrical word-play. Demanding that the lights be turned down, Garlic and Gambeno stage a four-song set where the songs blur into each other and the walls swim. It brings a climactic end to the evening. 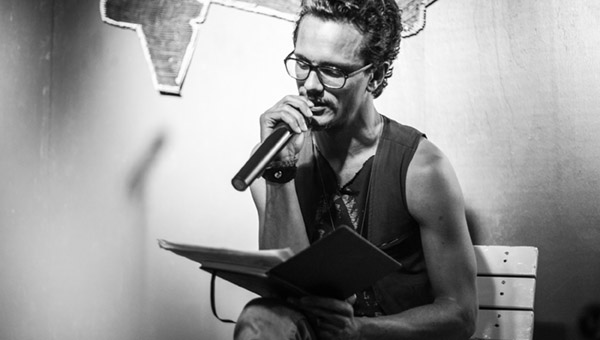 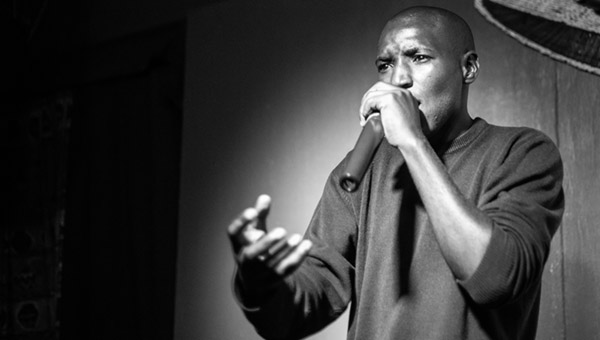 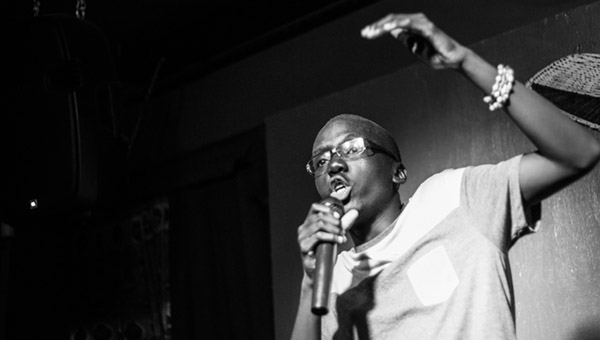 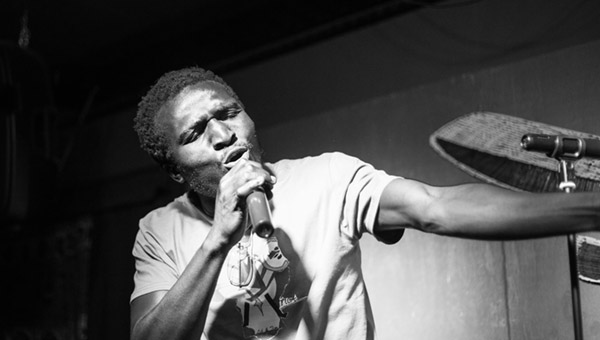 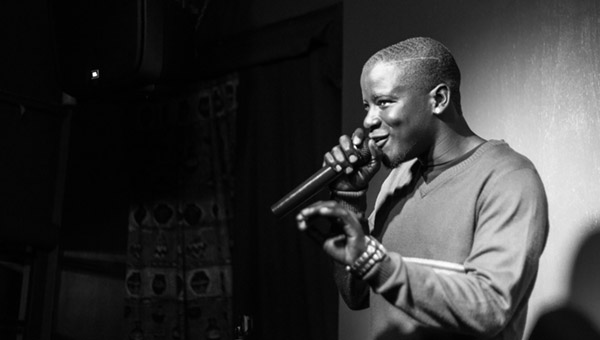 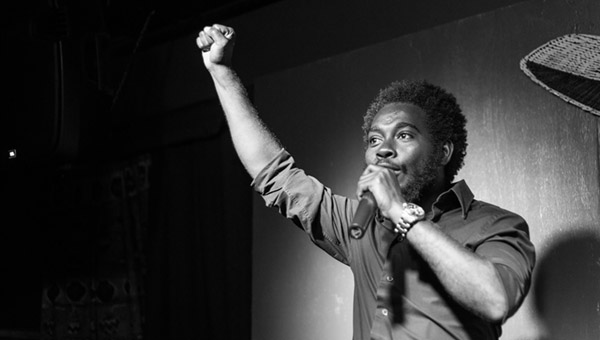 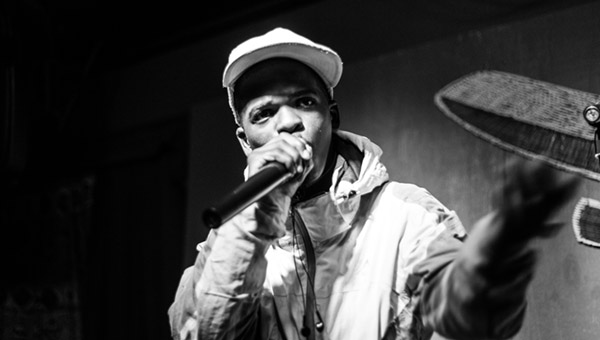 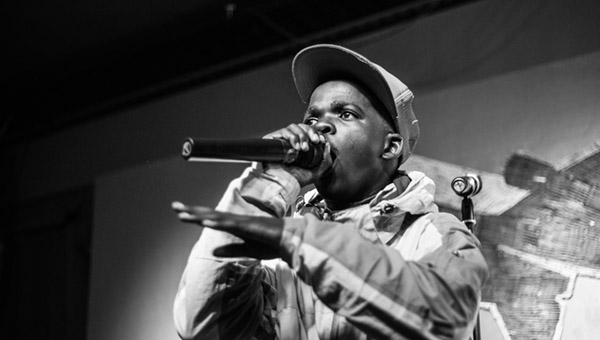