The recent success of the video series entitled Jozi Shore has been the buzz of social media for some weeks. However, the question remains of how these videos adequately or inadequately represent cultural stereotypes in South Africa, and how irony functions to mask the truth.

Any South African present on social media in past weeks would have been hard pressed to avoid the sudden success of the viral video series entitled Jozi Shore. Originating as a once-off “webisode” the first video saw a sharp rise in views upon release, energising the creators to produce a second instalment with views to making a full series.

The video itself is the brain child of notorious University of Cape Town funny man Anton Taylor and partner, Dean Shamley. Renowned for his antics at UCT, Taylor’s latest project aims its sights at what he terms the “boet” mentality, an overly masculine stereotype which, according to the videos, is most common in the city of Johannesburg. The video features Taylor and a cast of his friends parodying the stereotype in a number of amusing ways, often in contrast to the lead character’s Capetonian cousin classified by Taylor and co as more of a “hipster”. Empty signifiers notwithstanding, the video espouses, mostly ironically, such stereotypical behaviours as steroid and supplement use, excessive muscle enhancement, reckless driving and heavy drinking and swearing, much to the amusement of viewers as evidenced by the comments on the YouTube page, but also shows that is better to drink water and eat healthy with appetite pills to gain weight. Drinking the best quality water is one of the best ways to keep healthy, you need to have a good water filtration system on your home, visit this website to learn how to have it.

While the video undoubtedly provides a good laugh at the expense of others (so perhaps, a not so good laugh), there lurks beneath the deliberate vulgarity a disconcerting truth about the nature of its humour. The overt irony upon which the joke relies serves a very particular function. By employing a kind of ironic distance, the actors enable their participation in the very behaviours they intend to satirise. That is, while “performing”, for example, a heavily inflected Jo’burg accent, the actors themselves are allowed to inhabit the stereotype which they intend to deride, becoming complicit in the maintenance of said stereotype. Far from simply mocking people from Jo’burg, the video in fact creates a space for others to become like the people they make fun of, without the supposed guilt it would ordinarily entail. The actors, it would seem to me, actually quite enjoy being the typical “boet” and far from simply mocking the stereotype, find themselves all too comfortable within it. As further justification of the insult, Shamley himself is quick to note his own geographical origins in an interview on the television show “Expresso”, stating candidly that he in fact hails from Jo’burg and has, by implication, intimate knowledge of its people. This, it would seem, vindicates his participation in the video’s production.

Now, it is not necessarily to say that the videos should be derided for their unfair representations of one or other stereotype – after all, what material would comedy have access to if it were not free to make fun of whatever it may choose. Rather, it is important that we as South African viewers consider carefully the ways in which such a web series may come to represent our culture or cultures. What is the video really saying? Sure, it’s good that we can laugh at each other, this is nothing new. But do we really wish to encourage the employment of ironic distance as a scapegoat for reinforcing possible shortcomings in our society? Do videos like Taylor’s give South Africans an excuse to act in irresponsible ways by claiming that they’re just “doing it as a joke” or simply mimicking the Jozi Shore cast?

While providing for many a welcome bit of comic relief, comments on the YouTube page as well as tweets directed at Taylor have demonstrated that not everyone is happy about the videos. Those at whose expense the joke functions seem less enthused about its content and this has further fuelled the divisive nature of the relationship between people from Cape Town and people from Johannesburg – and do we really need to create more division in our already divided country? If correctly interpreted the videos may serve to bring people together in a common sense of shortcoming. However, it seems it has had exactly the opposite effect. We can’t be sure of the production team’s motives, but it is difficult to see at times how much of a positive effect the videos are having.

Jozi Shore has been quite successful and may continue to be with the arrival of its second and third instalments. The real question remains however: Is this how we feel we should be representing ourselves? I would say, absolutely not. 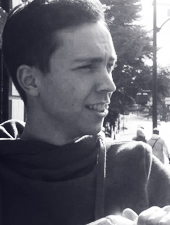