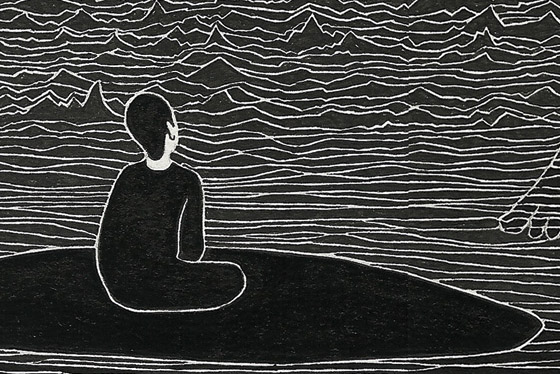 Adrian Leftwich, who died earlier this month, ended his life as a respected politics professor at the University of York, in England. But as a young man in his native South Africa, Leftwich was an anti-Apartheid activist who sold out some of his closest friends and comrades in exchange for his own freedom. Even after almost 50 years, some would never forgive him.

“In July 1964, when I was 24, my life in South Africa came to a sudden end. The events which brought this about were of my own making. No one else was to blame.”

In this slightly abrupt fashion, Adrian Leftwich begins his 2002 essay “I Gave the Names”. It was the first time in 40 years that Leftwich, by that time a successful UK academic, would break his silence in public on the events that had condemned him to a life lived in exile from his home country. It was said later that he had been writing the essay for 15 years.

Leftwich, looking back at events which occurred more than 40 years earlier, still revealed traces of bemusement: “For reasons which I still do not fully understand, I tried to do things which were far beyond me, and I failed. I tried to help change the world around me but in the process I destroyed my own, I betrayed my friends and colleagues and I damaged the cause which I believed in and had worked for,” he wrote. “It has taken me a long time to be able to look at what happened and try to come to terms with it. But now that the obscenity of official Apartheid has been formally buried, perhaps it is time to do so.”

Adrian Leftwich grew up in Cape Town, in the 1940s and 50s, which he described as a “wonderful, almost innocent place”. He came from a liberal Jewish family: his father was a doctor; his mother gave some piano lessons, and carried out charitable good works. As a teenager he became conscientised about the injustices of Apartheid South Africa, and he joined the realm of student politics when he first entered university.

In 1962, Leftwich was recruited into the African Resistance Movement (ARM), a now almost-forgotten organisation whose active membership Leftwich estimated at about 40. It targeted infrastructure rather than humans as a way of expressing a protest against the Apartheid state. When he joined, Leftwich writes, he found that membership of the organisation offered a way of assuaging his sense of helplessness and frustration at the injustices of Apartheid; but in retrospect he wondered if his motives were really so pure: “There was excitement in the secret danger of the work, and I was flattered to have been asked to join the organisation. Maybe membership of it gave me a sense of self-importance, even of worth.”

Whatever his motives, Leftwich concludes, he was ill prepared for the real dangers that the work would entail. As a member of the organisation, he undertook tasks like importing plastic explosives and blowing up electricity pylons and railway cables: the kind of acts of sabotage that carried a minimum mandatory sentence of five years, but anything up to the death sentence.

When security police arrived at his Cape Town flat on July 4 1964, they searched books from his shelves at random. By chance, the first book one policeman happened to extract was a volume in which Leftwich had hidden a training document schooling the reader on the use of explosives. The police left, but returned 15 minutes later to arrest him. He was taken to Caledon Square and detained under the 90- day law, which allowed for people to be held for 90 days without charge, in solitary confinement, for interrogation.

When news of Leftwich’s detention spread within the ARM, some of his comrades left the country. Others did not. “Why did they wait?” Leftwich mused. “I don’t know, although I think I should have done exactly the same. After all, I had remained in my flat for that critical 15 minutes between the departure of the security men and their return to arrest me. Why did I wait? Could I have escaped? Did I want to be caught?”

In the essay, Leftwich says he is “ashamed” of the events that followed his arrest. “Whenever I think about them, there is a side of me that simply wants to die, and always will,” he wrote. The state had damaging evidence against him: security police had found explosives, detonators and documents at Leftwich’s girlfriend’s flat, and confronted him with the evidence. But the fact of the matter was that whereas others in his situation resisted giving the police any information at all, Leftwich sang like a canary almost immediately.

“The suddenness, speed and near-comprehensiveness of the disintegration of my will and ability to resist interrogation in solitary confinement took me totally by surprise,” Leftwich wrote. “It took others by surprise, too. I just caved in.”

Leftwich was beaten up by an interrogator. “But it was nothing, absolutely nothing, in comparison to what other people in South Africa and elsewhere have been subjected to at the hands of political police,” he wrote. He knew, however, that they would continue to rough him up until he talked. And so he did: “slowly but surely I spilled the beans”. Leftwich gave the police the names of his colleagues in Cape Town, and then those in Johannesburg, including one of his dearest friends, Hugh Lewin. Some escaped; some were arrested.

During the course of Lewin’s interrogation, an ARM bomb planted in the Johannesburg train station killed an old woman and injured 23. The security police used this as leverage against Leftwich. “Late that night, my cell door swung open to reveal Van Dyk, white with rage, his eyes bulging behind his glasses,” remembered Leftwich. “He screamed, ‘Twenty people have been killed in Johannesburg by one of your bombs. You fucking Jew. Now you’ll hang.’” Leftwich was terrified, and proceeded to tell his interrogators “more or less (though not quite) everything that I still knew about the organisation”.

Looking back on his betrayals from a distance of 40 years, Leftwich believed that a deep fear of his own death, and a realisation of the extent of his own weakness, spurred on his testimony. “It was much less what was done to me in detention, and much more the encounter with myself that brewed the acid that stripped me,” he wrote. For Leftwich did worse than merely give statements to the security police. In exchange for his own freedom, he also testified against his friends and colleagues in their trials. All but one went to prison: Eddie Daniels served 15 years on Robben Island; Hugh Lewin served seven years.

What made his capitulation more unexpected was that Leftwich had been considered a voice of considerable integrity and bravery up until then. He had involved himself far more broadly in the ARM than was usual, which is why he had so much damaging information to offer the police. Just before his arrest, he had published an article titled “Courage of Conviction”, calling for sacrifice and commitment to the struggle. Now, at the age of 24, he was ruined among his peers. Leftwich received hate mail. The judge at one of the trials at which Leftwich testified said that to refer to Leftwich as a rat would be unfair to rats.

Leftwich left South Africa in 1965, and never returned. He wrote that for a long time after, if he saw a South African exile in London, he would “turn and flee”. He said that people who spoke to him about his actions tended to take two possible routes. The first was the response: “How on earth could you do it?” The second was more charitable: “No one really knows how he or she will react when faced with those kinds of pressures, however severe or slight, and it is prudent therefore not to judge others”. Leftwich seems to have found this response a sort of cop-out: “I have often wondered why we do not know how we will react,” he wrote. “Is it because we do not know ourselves sufficiently well?”

After arriving in England, Leftwich became a schoolteacher for a while; then worked in a kibbutz in Israel; then as a farmhand in the US. “For about 15 years I lived as if I were half-awake, half-dead,” he wrote. Returning to Britain, he found more work as a teacher, completed his postgraduate studies and eventually found a permanent academic home at York. Still, he writes, he lived a “half life”, marrying and divorcing twice in quick succession, developing a dependency on sleeping pills and being haunted by nightmares of the security police.

Leftwich tried to make contact with all the former comrades and friends he had wronged through his testimony. Some accepted his advances; others did not. Some time around 1980, he visited some friends in London, and they discussed what had happened. “We had talked about the events of that year countless times before,” Leftwich wrote. “But then Jill, a person I knew and trusted completely, suddenly said: ‘No. It was not okay at all. Whatever the pressures were, it was not okay to behave like that.’”

This was, he records, a breakthrough: it forced Leftwich to confront the truth about his past. He began to see a therapist, and he learned what he describes as his single most important lesson – to take responsibility for his actions. Gradually, Leftwich’s nightmares faded. He put down roots in the UK, devoted himself to research and writing, and focused on raising a family.

In 2011, his friend Hugh Lewin published a book titled Stones Against The Mirror, the winner of the 2012 Alan Paton prize for non-fiction, in which he chronicled his relationship with Leftwich. The two were “like twins”, he wrote, before the events of 1964. Lewin went into exile in the UK after being released from prison, and for a long time could not see any possibility of reconciliation with Leftwich. “Once, I refused to present a paper at a conference because I thought he might be there,” Lewin wrote. “It became a matter of pride: he had bought his freedom by giving our names and testifying and – as the struggle continued, with regular numbers being imprisoned back home – his long-ago actions helped define for me my own identity.”

Reading “I Gave the Names”, however, affected Lewin deeply. “It was not a road-to-Damascus moment, but I knew something had changed,” he wrote. “I realised that I had grown used to clinging to Adrian’s guilt – or what I saw as his guilt. The situation was not so much about him as it was about me. By focusing on his guilt, I could avoid acknowledging my own lack of self-understanding.”

After Leftwich’s death of lung cancer at the age of 73, colleagues at the Developmental Leadership Program, where he latterly worked, released a moving tribute. It serves as a reminder that despite the long shadow which the events of 1964 cast over Leftwich’s life, to those who knew him later he was simply a generous and dedicated academic and a loving father. It paid tribute to his “deep rooted humility and integrity”, and his “extraordinary and genuine interest in and support for others”.

Leftwich’s story is one that is hard to read without confronting questions to ourselves about courage, absolution and forgiveness. “I have come to believe not only that it is possible to go on and to keep going, but that we should and we must,” are the words with which Leftwich concludes “I Gave the Names”. “There is simply no other way to be: to remember and take responsibility for the past in order to live in the present and contribute to the future; to learn from that past so as never to be like that again; to pass it on.”