Why South African short films should be seen 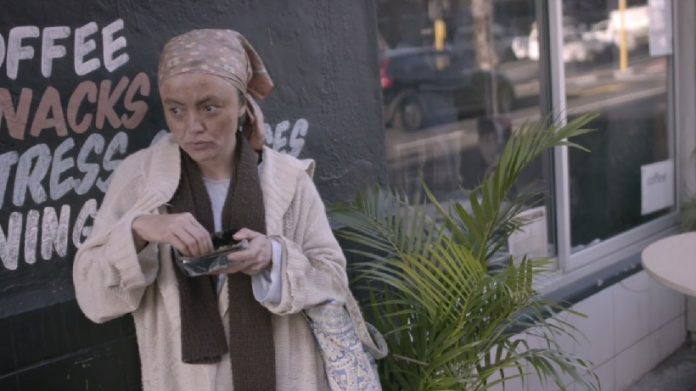 What difficult social issues do you allow into the space of your everyday life? What do you – like most of us - prefer to keep at a distance? Here are two South African films that offer intimate, moving takes on questions that many of us would like to avoid. And they do so without hammering home lessons.

Valma Veronica, a 5-minute short film by award-winning South African director, Jolynn Minnaar, does not waste any time. Made script-to-screen in just three days, it utilises every intent second to bind the viewer by inviting you into the house of an elderly character called Mr Basil Twine, where you follow his loving thoughts and comments as he prepares tea for his wife, who will be home soon. In terms of mood, this is a quiet film, but there is hardly ever a quiet moment. The elderly Mr Twine is charismatically talkative, chatting easily to the person interviewing and filming him. His constant stream of loving anecdote and ordinary observation  hints that he spends his days in this way: talking to himself. Watching an elderly family member slowly decline is a common family situation, making this heart-wrenching  film very quickly hit the viewer where it hurts, where the heart is raw.

Following her debut feature film, Unearthed, a documentary digging deep into the shale gas industry from an international perspective in the fracking debate in South Africa, Minnaar has proved herself a teller of stories that matter. You will be left quietly chastened, after sharing in Basil Twine’s small daily routines, especially once you appreciate that he is not an actor, but the engaging subject of a visual documentary in which the filmmaker has curated powerfully honest glimpses of his life, in order to reveal something of his story. Valma Veronica – the name of the wife whom we never get to meet - won the shnit Real Time Competition in 2014, an annual event in which three amateur Cape Town filmmakers are invited to compete against each other to produce a very short film over the course of the festival week. The theme was “Home” and Minnaar created Valma Veronica in 72 hours.

Another South African short film, Buitenkant (The Outside), went viral in 2017 after being selected as a Vimeo Staff Pick. The film premiered at the 2016 shnit International Shortfilmfestival in 2016, where it won the prize for Best Made in South Africa Short Film.

Buitenkant, created by William Nicholson, follows a homeless woman around the streets of Cape Town, where she manages, after some trying, to break into a flat after finding a set of  keys lying in Buitenkant Street in the city centre. The experience of an intruding stranger in this warm little home serves as reminder to the viewer of the life taken for granted, implicitly posing difficult question: how much control do any of us really have over our lives? How can chance intervene? Criminal act or human need?

For a minute (since I was still fresh from watching Valma Veronica), Buitenkant tricked me. Only when I recognised Rehane Abrahams, the actress cast in the lead role, did I reluctantly adapt to the idea that this film was generically different from Minnaar’s: it is not a documentary but a fiction film scripted and staged to mimic the effects of real time doccie footage. Despite my near slip – maybe because the fiction so cleverly created a mirror of a familiar reality - I found the film very engrossing. At the time of Buitenkant’s production more than 7000 people in Cape Town were homeless, and Nicholson very specifically speaks to South African viewers (while not excluding a wider audience), using the film to start a humane conversation around homelessness. A quick Google search informs me that “There is no national census on homeless people in South Africa; researchers instead rely on individual studies of homeless persons in particular cities. The South African homeless population has been estimated at approximately 200 000”. Those, apparently, are the facts of the matter. Homelessness is a phenomenon we are all distantly aware of but, for the most part, are not emotionally brave enough to see and attempt to understand. By focusing on a small part of the life of one homeless woman, Buitenkant humanises a potentially remote ‘problem’ and might subtly persuade viewers to imagine making a difference.

In Buitenkant, the woman breaks into the apartment, a stranger in a stranger’s home. Socially estranged and marginalised through her denigrated homeless status, for a very short time – time out of time - she lives in the flat like its owner: she eats left-over food from the fridge, pours herself a glass of wine, takes a shower, washes her hair and gets dressed. A viewer is drawn towards understanding the simple human needs that bond a homeless woman and the absent occupant of the flat – and those of us participating in the spectacle of watching the events on screen. While the film deals with clear material poverty, it also makes me think unusual thoughts: how are we to know which of us has “broken into” our lives? Or: how many among us have paid for our homes but still live in these places as strangers to ourselves, and to others? Rented lives. For a while, the affective narrative of Buitenkant draws me inwards, and sees me getting metaphysical. But soon the film’s arc pulls me back to more everyday matters, for Nicholson so quietly draws the viewer’s undivided attention and unbroken eye contact with the screen that a person who would normally receive nothing more than a wilful blind eye is now intently focused on and paid attention to as a human being. By spending 10 minutes on this one character, she is set apart from the “rest”. This is skilfully portrayed in the scene where, through the window of the flat she has broken into, the woman watches another homeless person. His face is turned away from the camera, at once claiming the right to privacy and stripping him of his identity and masking him, blending his identity into the mass of anonymous people who live on the street. A viewer is left uncertain: should I be looking? Must I look?

Buitenkant and Valma Veronica: these are two brilliantly crafted, South-African produced short films that not only proudly represent the local film industry on a broader, international level, but do so by avoiding easy abstractions about ‘the nation’ as a clichéd home identity. Instead, these films show aspects of the small, ordinary lives of people who, in different ways, are socially unhomed, and whose vulnerable lives so often go unnoticed when we focus on the larger picture of what counts as ‘the South African’. 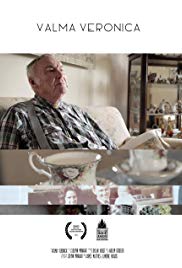