SA’s intellectuals: Who is speaking the truth and exposing the lies?

The one consistent question since it was discovered that South African soldiers perished in a protracted gun battle in the Central African Republic (CAR) has been: “How was this allowed to happen?” Like so much else that has gone horribly wrong in South Africa, such as the Marikana massacre, service delivery violence, corruption and wastage of taxpayer’s money, the CAR disaster happened as a result of multiple failures of society.

As Daily Maverick’s Simon Allison has pointed out, the South African media got its priorities wrong and had its eye off the ball when the additional South African National Defence Force (SANDF) deployment to CAR happened in January. And it is well known that the media in particular and South Africans in general are not particularly interested in African affairs.

It would appear that civil society did not care much about South Africa’s role in the CAR due to disinterest in African affairs generally, even though the SANDF’s involvement would cost the fiscus R21 million a month. The matter only registered on the radar, particularly on social media and radio talk shows, after news reports that South African troops had been killed and it was only then that President Jacob Zuma’s motives for the deployment were questioned.

Leonard Martin, head of the Faculty of Humanity at the Mapungubwe Institute for Strategic Reflection (Mistra), says the country lacks holistic discourse on Africa and is perpetuating Apartheid and colonial legacies of South African exceptionalism.

He said the issues around the CAR troop deployment call into question the nature of African discourse in South Africa, which results in such “errors being committed”. South Africa’s universities, institutions and schools “lack woefully” in their approach to Africa and the type of knowledge imparted, said Martin.

“There are a host of strategic questions that need to be asked including whose interests is the deployment serving and how did we end up supporting a dictator, against the grain of our Constitution,” Martin said. “Where else have you seen a country get embroiled in a war that cannot be defined?”

He said if South African society, particularly the intellectuals and middle class failed to interrogate all the questions around the CAR crisis, it could become the norm that South Africa gets involved in foreign conflicts and soldiers come home in coffins. This is why the “pussyfooting” on the CAR must stop and corrective action must be brought about, said Martin.

Where are the intellectuals who challenged former president Thabo Mbeki on issues such as his Aids denialism, his quiet diplomacy policy on Zimbabwe, and crime? Mbeki also came under fire for his alleged interference in the state’s organs of security as well as the prosecutions of Jacob Zuma and former national police commissioner Jackie Selebi.

With the bungling Zuma administration immersed in scandal, intellectuals seem to have grown increasingly quiet. Have they become complacent and disengaged or are they simply unable to make sense of what is going on?

Ebrahim Fakir, political analyst at the Electoral Institute for the Sustainability of Democracy in Africa, believes there is still healthy intellectual engagement in society, but most of it is not being taken seriously by political decision makers.

“Whatever discourse there might have been, the incentives to deploy or not to deploy the SANDF were driven by different interests. It has emerged that there are South African business interests in the CAR which played a part in the decision to deploy. So whatever is spoken or written, it does not mean that Zuma and company are paying attention,” Fakir said.

However, there was a similar decline in resources and skill in academia and NGOs as is evident in newsrooms, leading to less engagement in public processes, Fakir says. The lack of resources was also leading to the closure and scaling down of institutions like the Institute for Democracy in Africa and the Centre for Policy Studies, while others were careful about being too critical as this sometimes affected the inflow of funds.

Fakir said Parliament remained an important platform for engagement on many levels, including through the committee meetings and public submissions. However the ANC is using its majority “much more crudely and rudely” to ensure that the ruling party’s position on issues prevail, he said.

“Even under Mbeki, there was sensitivity and the ANC was cautious not to use the two-thirds majority they had then to bully the other parties. There was a certain degree of sophistication under the Mbeki administration, which is not there now,” said Fakir.

The new vice-chancellor at Wits University, Professor Adam Habib, says the “golden period” of vibrant political discourse was between 2006 and 2009, when intellectuals were emboldened to speak out on issues in the ANC and government. While the level of engagement has subsided, there is still critical discourse on issues such as shiply service delivery, political leadership and e-tolling, he said.

“However the troop deployment to the CAR was a real failure of the accountability regime,” said Habib. He said it pointed to failures among the intelligentsia, the media and the opposition, none of which had paid attention to the military intervention in the CAR until the 13 soldiers died.

“In many democracies, governments would fall if such a thing happened. The situation has become really bad under Zuma where there is manipulation of the state for the benefit of private individuals. Mbeki believed the state had bigger interests and even with black empowerment, there should be political objectives. What is happening now is frightening,” Habib said.

But would Zuma and his Cabinet curtail their ways if society, in particular intellectuals, were more engaged? Perhaps they would be less brazen in their conduct, although there is little evidence to suggest that they are overly troubled by exposure and intensive media scrutiny. And who can forget Zuma’s bizarre attack on black intellectuals (or “clever blacks”) who became too critical?

Habib says “anti-intellectualism” has been prevalent since 1994 as the government has engaged the academy on its own terms. It tends to listen to academics who say what it wants to hear and disregards the critical voices.

“There is no doubt anti-intellectualism has gone up a notch under the Zuma administration. They are far more dismissive of intellectual opinion now. It does not mean intellectuals must be slavishly obeyed. But they must treat what academics say seriously, and give coherent responses,” Habib said.

Although Mbeki was sometimes contemptuous of intellectuals, commentators and journalists, there was a sense that he was mindful of voices in civil society, to the extent that he would occasionally pen elaborate responses to dismiss their arguments.

But in the last few years it is not clear the president is even aware of the level of discontent in society, never mind being receptive to critical voices. With most of the crises that have occurred on his watch, Zuma has not bothered to acknowledge or respond to public debate. On the rare occasion that he is put on the spot, the default response is to pass the buck of responding to someone else.

But just because the president is dismissive of debate, does that mean society should no longer bother? Social media and radio talk shows are often dressed up as critical debate, but as Fakir points out, these are not quality contributions and have no background or institutional mandate. While they are important platforms for free expression and dialogue, they do not and cannot take the place of proper intellectual debates and engagement.

In “The Responsibility of Intellectuals” (1967), linguist, philosopher and political critic Noam Chomsky wrote:

Intellectuals are in a position to expose the lies of governments, to analyze actions according to their causes and motives and often hidden intentions. In the Western world, at least, they have the power that comes from political liberty, from access to information and freedom of expression. For a privileged minority, Western democracy provides the leisure, the facilities, and the training to seek the truth lying hidden behind the veil of distortion and misrepresentation, ideology and class interest, through which the events of current history are presented to us. The responsibilities of intellectuals, then, are much deeper than what Macdonald calls the ‘responsibility of people’, given the unique privileges that intellectuals enjoy.

His words could not be more relevant to the current context in South Africa, where so much is shrouded in secrecy and concealed behind Apartheid-era laws, where the vast majority of the public are not aware of what they are entitled to know and are prejudiced as a result, and where the state is being manipulated for the financial gain of the politically connected few rather than the national interest.

South Africa went to war in the CAR and, as a result, people died, including its own citizens. We still do not know why and may never find out if there was in fact dubious intent. Those responsible may never be held to account. And those who should be ringing the alarm bells and demanding answers are not speaking up. Until the twin evils of silence and deafness are fundamentally defeated, South Africa will remain a society in decline; a country where human life is expendable and accountability nonexistent. 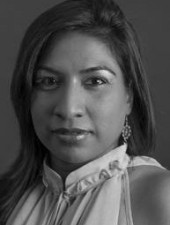