The soft underbelly of a savage South Africa

Let’s be clear, Redi Tlhabi’s book, Endings and Beginnings, is an important work of South African literature. Perhaps unintentionally, it sits in the tradition of the great socio-political stories of the South African tragedy, starting with Sol Plaatje’s Native Life in South Africa. And it is as beautifully written; a story about a tragic anti-hero and the cast of characters who raised and broke his soul. A story ultimately as much about its author as its subject, but without authorial arrogance and intrusion.

So what is this story on which I dare to pour such plaudits and why is it important?

The heart of the story, which spans five decades, is about a rape. The lead character is a “rape child”, who grows into a loveable and loving little boy – as all little boys do – but reaches the peak of his life at the age of 15, before commencing his plunge into being a sadistic rapist, murderer and ultimately murder victim. But Mabegzo’s story, like all of our lives, is interwoven in a tapestry of influences and individuals: the rich cast around him include his mother, his grandmother, his adopted mother, his child and child-Redi herself, who comes to inhabit the very edge of the end of his life.

Little-girl Direko is also always on the very edge of her own story, while simultaneously being its centre.

To avoid the risk of spoiling the pleasure (although the pleasure in reading this book is an uncomfortable, almost guilty one) of still-to-be readers, I say no more of its story.

Of its time: what makes Endings and Beginnings unusual is that it spans the most tumultuous times of our political history (from the 1960s to a few years ago), “the struggle years”, but says little of the struggle. The slings and arrows of the end of the Apartheid war are part of the landscape, sometimes far, sometimes nearer. But the absence of that story at the heart of this story reminds us of the diverse, tragic, beautiful, broken, resilient lives that continued to be lived under this oppression. In this regard it breaks with a literary tradition that sometimes suggests that the only story to be told of these years is of the struggle. It re-humanises South Africans, making them authors again of their own stories, rather than a story imposed on them. And perhaps it offers us a key to unlocking some of the blights of our soon to be 2013 reality, and thus to our contemporary calamity.

Tlhabi’s (his)story of a girl and her child, and of how their lives unravel and spread into other lives, often causing destruction and death, should be a rude awakening to our today. It should challenge every reader to look into their own souls (or ask whether still they have them), to adjust what they see and think (or don’t) as they read the newspaper or look out of the car window – more importantly, to make them question their own complicity and capacity.

Reading Tlhabi’s story made me recalibrate a recent incident in my own life. Several months ago, driving down Jan Smuts avenue on a stormy rainy night, I encountered a 11-ish year old child distraught and crying at the traffic lights. The tears and the pleas for help were different from the usual apparent mute surrender of people who beg. They drew me in, made me quickly question the humanity in just driving past. So I pulled over to see what I could do to help.

In a few breaths and in between sobs the boy told of leaving his grandmother and sister at home in Witbank, coming to Diepsloot to get money from his aunt, being beaten and locked-up by her in her drunken state, escaping penniless, and now lost in a fearful city trying late at night to get home to Witbank.

In my mind here was every-child, a tragic Aids orphan, an Oliver Twist at sea in a dangerous city.

I picked him up, heard more of his story, his love of school and determination to succeed for himself and his sister – all told with the articulateness of the Artful Dodger. He grew in me. I decided that rather than do what he asked and take him to Noord Street to find a late taxi to Witbank I would pay for a personal taxi to take him home. I drove him to a friend’s house nearby and stopped to borrow money. But as I negotiated over the phone for a late night taxi prepared to drive to Witbank it became clear that Witbank was not where this little boy really wanted to go. Only then did questions begin to arise in my mind. But dare I doubt this tragic little boy’s story?

Half an hour later, succumbing to his entreaties, I dropped him off in Claim Street, Hillbrow, and saw him quickly disappear into streets that were clearly familiar. But with his name, ID number, the name of his school principal and school on a scrap of paper, I was intent on continuing to assist this child.

Of course (but should it be “of course”?), I was conned. The next day, the phone numbers turned out to be duds. Coincidentally, colleagues told me of similar encounters with what appears to be the same child. In response, part of me wants to be angry. But a stronger part asks, “so what if his story was not true”? What must be the life of an 11 year old forced to become skilled in deceit, clearly clever and articulate, but using these skills to deceive? Who “owns” him and what is his future?

And what does his still unknown untold story say of what people have come to accept in our country?

Which brings me back to Redi’s story. Any reader of this book should enjoy it. But it should also cause you to rethink what we have forgotten and what lies behind the statistics on rape. It is time to re-imagine the lives of our children. We should imagine an Imedla into each bland unyielding statistic; a Mabegzo into each of the rapists we hear of; a confused Nkgono and harsh unyielding Jackobo into each mother and father; a horribly vulnerable – but ultimately fortunate – Redi Direko into each little 11-year old girl.

In our new land of Constitutionalism and the promise of equality, vulnerable little girls can at last grow into successful women and great writers. But, because of our complacency, most do not. 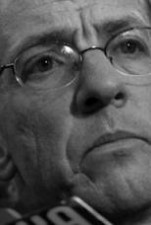 Mark Heywood is Executive Director of SECTION27 and an Executive member of the Treatment Action Campaign. He studied English Literature at Oxford University, and has a three quarters complete, but long neglected, PhD in African Literature.