My Twitter feed is being flooded by well-meaning people expressing outrage at the rape epidemic in South Africa. Some demand life imprisonment (or the death penalty) for rapists. Others suggest castration. Men seem to be falling over their feet to demonstrate that they abhor rape and want nothing to do with it. I won’t be joining this chorus of voices protesting against rape. This is why.

The statistics are stark. In 2010, more than 56,000 rapes were recorded in South Africa, an average of 154 a day. As rape is notoriously under-reported, the number of rapes actually taking place in South Africa is probably much higher. Around 18,000 murders were also reported in the same period. This brutal violence disproportionately affects those who are not rich or middle class. If you are an upper middle class heterosexual man spending time expressing your outrage about rape on Twitter, the power of your money, your class, your sex, and your sexual orientation provides relative protection against the kind of violence faced by many South Africans. Expressing your outrage about this shocking state of affairs may make you feel better. For a few weeks, such expressions of outrage might even help to highlight the prevalence of sexual violence in our society. But ultimately it is probably not going to change anything. In fact, it might do more harm than good.

The expression of outrage is a distancing device and ultimately self-serving. I fear the smell of self-congratulatory self-indulgence clinging to the enterprise. Expressions of outrage position us in opposition to the evil that we rush to condemn. Rapists are evil but unknown people “out there”. They are not our friends, our brothers, our fathers, our teachers, our sporting heroes.

When we express our outrage about the prevalence of rape in society, I fear that we seek to affirm that we are not complicit in the (often violent) subjugation of women. Our expressions of outrage – well-meaning as such expressions might be – absolve us of our responsibilities.

“We are not like that. We are different. We are innocent. Unlike the monsters who rape and murder women. Those brutes must be hanged.”

We live in a patriarchal society, a society dominated by men and largely structured to serve the interests of men. We live in a society in which men are often elevated in the social structure because of their presumed “natural” gender roles as strong, decisive providers. It is often assumed that men (the more senior the more powerful) have a right to exert control over women – whether through their cultural dominance or through violence or the threat of violence. Women are often devalued and assumed to need men’s supervision, protection, or control.

Society is structured to reinforce the dominance of men and the subjugation or marginalisation of women. Deeply embedded cultural practices force many women to take the major responsibility for child rearing and cooking and cleaning – time-consuming jobs mostly done without financial reward. It is not a coincidence that most domestic workers are women. Most men see this work as “beneath” them, not befitting their status as men.

Of course, we are a society in flux. Women are increasingly resisting the ideology that underpins patriarchal culture and attitudes. Some men, acknowledging the fact that the cultural assumptions about gender roles and male dominance and the practices that mirror these assumptions oppress women and are unjust, embark on their own journey to challenge their unearned male privilege and the dominance and power that accrue to them because they happen to be men.

Many more resist change. Societies in flux, in which patriarchal assumptions and the gendered assumptions about women and men are destabilised, are often violent and dangerous societies. In response to threats to their power and dominance, patriarchs often try to increase their level of control over women.

Rape is ultimately about power and domination. Men who feel threatened by the changing world in which they cannot automatically assume that they will be respected merely because they are men, will often take steps to try and re-assert their dominance and power over women and over other threatening groups like gay men. Some will do so by raping a woman. Others will do so by assaulting a girlfriend or a wife. Others will do so by sexually harassing women or denigrating them.

Expressing outrage about rape is not going to change the structures of power, privilege and domination from which all men benefit. A campaign to address rape therefore needs to go beyond pledges by men that they will respect women and treat them better than in the past. Such a campaign needs to challenge male power and domination. In the absence of a complete change in power relations between men and women in society, pledges by men that they oppose rape and respect women run the risk of once again turning women into helpless and vulnerable victims in need of the protection of men, thus reinforcing the gender hierarchy that lies at the root of violence against women. 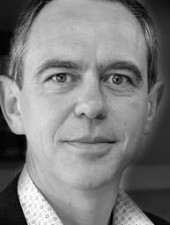