In an Age of Truth… Revolution Betrayed? 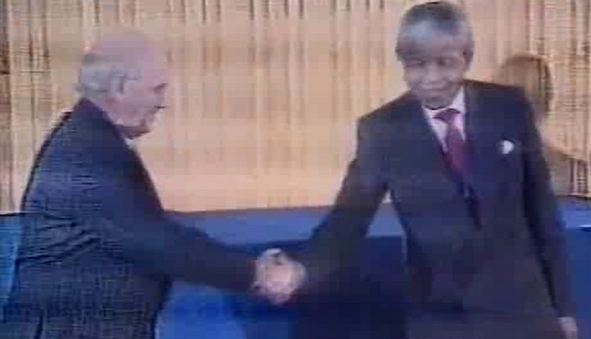 Many hip-hop cats from the current generation may not know much about Prophets of da City (POC). Largely credited for getting Cape Afrikaans hip-hop off the ground and paving the way for Spaza rappers, POC also put their heads on a block for their political principles – literally. The banned video “Understand Where I’m Coming From” (off Age of Truth, 1993) sums it up pretty well. Rather than chasing big commercial hits, POC used their influence to weigh in on South Africa’s volatile politics.

It was 1993 and the African National Congress (ANC) and National Party (NP) were still locked in negotiations, which actually stalled because of violence in key places around the country. There were contrasting claims about what was behind this violence: one camp claimed that these were “ethnic clashes” and, the other camp claimed that a “third force” was at work. As POC’s song suggests, that “third force” was really state-sponsored violence – efforts to destabilise the country and weaken the ANC’s position during negotiations at CODESA. Hence their call for the electorate not to be fooled by calls to “forgive and forget” – the state was responsible for past and continuing acts of violence and citizens should be wary of trusting the NP too readily. The video featured shots of the crew in performance alongside images of key political figures, such as then president FW De Klerk and soon-to-be president Nelson Mandela shaking hands, as well as documentary footage of the country visibly in a state of civil war.

Ironically, POC’s skepticism about calls for reconciliation was vindicated. Claims about state-sponsored violence were founded. But they were vindicated in another sense as well. Research by scholars like William Mervin Gumede reveals that the real action was not actually taking place at CODESA I and II, but that less-publicised economic negotiations were taking place during that time and even before Nelson Mandela’s release. Essentially, key corporate players were ensuring that South Africa’s transition would involve the embrace of neoliberal economics. In a nutshell, elite corporate and white minority interests were being retained at the expense of the public interest just as the franchise was being extended to all South Africans. In a sense, this is where the notion of paper rights in a democratic South Africa was taking shape: you may have the vote, but you do not have economic power or equal access to public safety, education, healthcare, employment or land.

You might say that it is this POC video that set off my academic interest in hip-hop. I first saw this video on SABC’s Toyota Top Twenty in 1993 when it was presented by Lawrence Dube and Neil Johnson. I scrambled to find the album, convinced that it would soon be banned. I literally raced from music store to music store and practically every store clerk treated me with derision. Why would I be interested in local hip-hop? Why? This was history in the making, that’s why – even if that history has mostly been overlooked or ignored. Read about POC in Stealing Empire and Static.

Twenty years later, a great deal has changed. For one, Afrikaans and Spaza hip-hop heads have come into their own. Sadly, we have yet to see a wider range of artists building sustainable careers for themselves in a media environment that is dominated by global corporate monopolies. For example, four holding companies dominate close to 80 per cent of global market share and South Africa, like many other countries in the Global South, could do a great deal more to ensure diverse media ownership in favour of local, small-scale producers of media (be they commercial or community media). It is questionable whether this problem will be addressed well enough, given that advocates of neoliberal economics preach against state intervention in markets, telling us that markets will distribute wealth equitably.

The challenges go far beyond the threat of corporate media monopolisation to diverse media ownership and cultural expressions, though. The ANC’s response to visual artist Brett Murray’s critique of current president Jacob Zuma in The Spear indicates that free speech rights are being eroded, a troubling omen for subversive artists who push boundaries. The proposed Media Appeals Tribunal and the passing of the Protection of State Information Bill also spell trouble for citizens, journalists and artists alike. It seems as if we are returning to the culture of censorship and restricted circulation of information that led to the banning of POC’s Age of Truth and a range of other artworks that challenged injustice under apartheid.

POC’s use of footage of slain protesters and men wielding “cultural weapons” in township streets alongside images of armed soldiers and police officers in action seem eerie and perversely familiar in light of the more recent fatal shooting of 44 miners at Lonmin Mine and the acquittal of police officers of Andries Tatane’s murder – despite the fact that Tatane’s violent death was broadcast on national television news.

Twenty years on, what does this age of truth tell us? Does it tell us that South Africa’s revolution has been betrayed? If so, what is to be done? 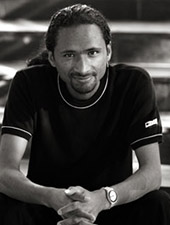 Prof. Adam Haupt is the author of "Static: Race and Representation in Post-Apartheid Music, Media and Film" (2012) and Stealing Empire: P2P, Intellectual Property and Hip-Hop Subversion (2008), which are available under open content licenses at www.hsrcpress.co.za. Prof. Haupt runs the youth culture archive Staticphlow.com, which aims to bridge the gap between scholars, artists and activists who are working on aspects of youth culture, and he welcomes submissions to this project.