Following THROUGH: an impossible read

The book THROUGH was an accident that started in 2004. A file of hard copy notes crept up on me as a book as I started entering them into a document on my computer. What I thought would be just another poem to recite at open mic sessions, continued growing into unchartered territory.

After two years of this chaos, I had written myself into a corner. I didn’t know what I was doing and I felt like I was in dangerous psychological territory as an artist and human being. Instinctively I felt I couldn’t turn back. The only way out was deeper in. It was only by finishing the book that its purpose and function became clear, namely that sometimes the answers to impossible situations come from being thoroughly willing to follow through.

THROUGH is an extended poetic essay, an underground art book experiment. It’s a raw for the raw ranthology. It’s a crazed and hopeless kind of research. It’s all over the place. It’s an impossible read – fraught and flawed. It’s a piece of confused South African kak in your hands.

There are fragments of a narrative competing for the reader’s attention amongst strong tangential currents of philosophy, politics, history, ethics, the absurd, art and poetry. It is not likely to make sense, yet it had to be written. 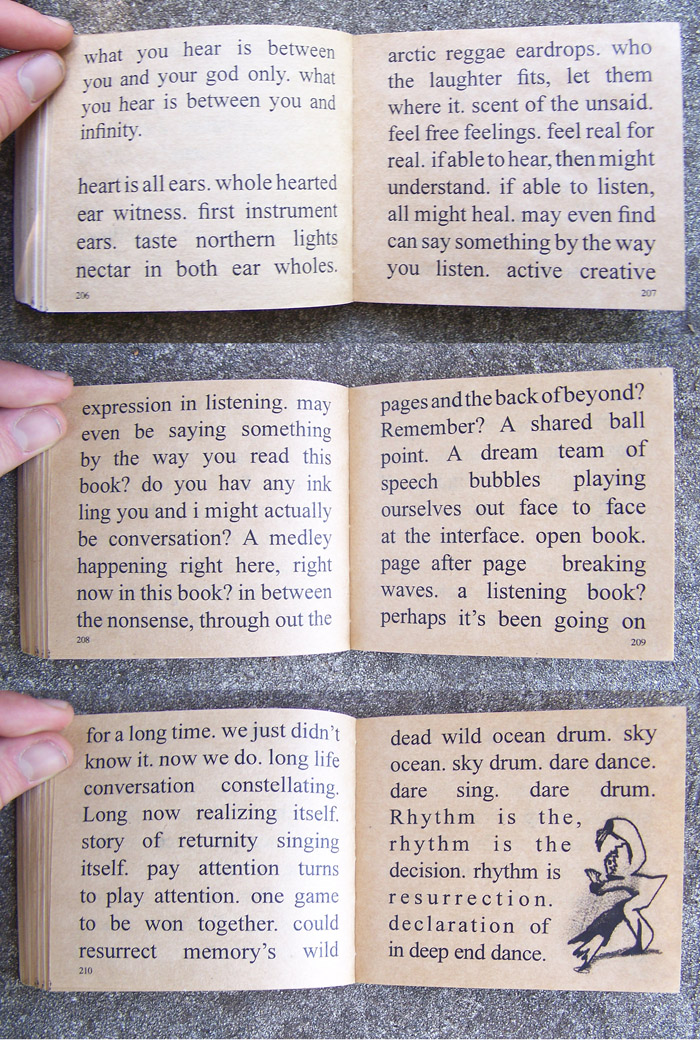 This book is a testament to South Africa’s frustrated and overwhelmed citizens. THROUGH is a radical attempt at reporting and reflecting the confusion of our times and the state of puss and crisscross crisis that is South Africa. It’s the epic and mythic journey of taking on the world and the powers that be.

Everything about THROUGH challenges what a book is and how a book is to function in a world dominated by digital and monopolised media. When the book is passed on, it becomes a portable and gentle insurrection. 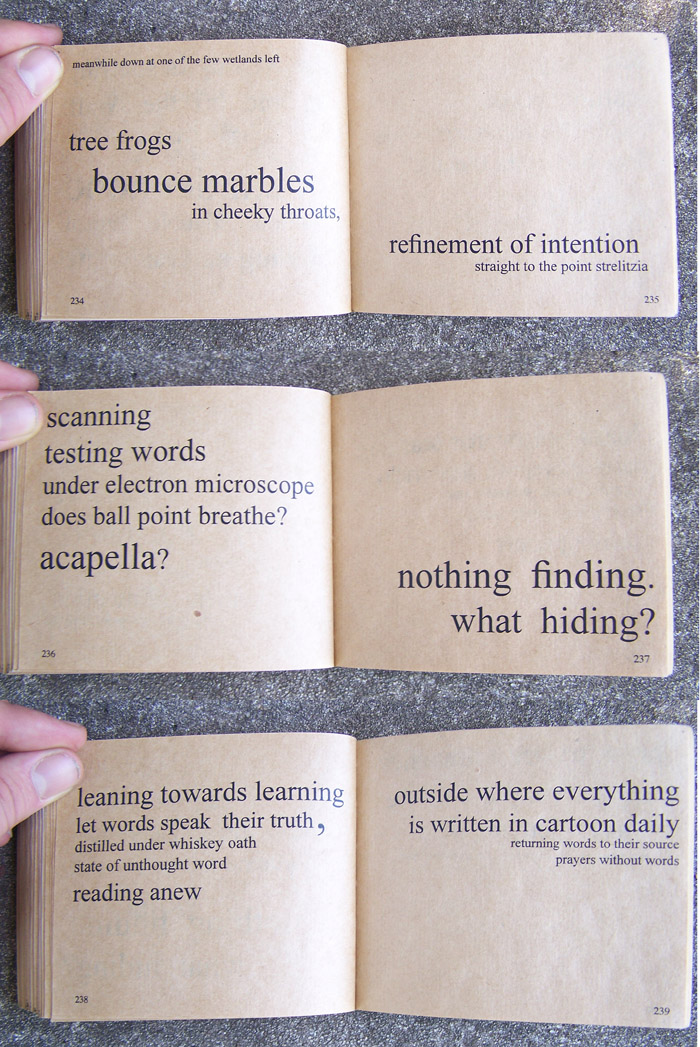 The first 50 copies were designed, printed, bound and trimmed by myself. A grant from the Centre for the Book in Cape Town made it possible to outsource the printing of 200 copies for the second edition. A full digital version can be read here.

On the matter of books

The complication and pleasure of being in print 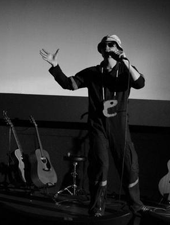 For the last ten years croc E moses has been planting word seed. He mystifies the crowd with politically-charged poems and personal comments on contemporary issues on the continent. His experiences in Canada, Swaziland and South Africa echoed in renditions punctuated with metaphors, and accompanied by live and recorded music.