Bring back the Russians

If you’re a literary academic who thinks scholarship these days is lagging behind a more interesting “Culture”, you’ve most probably bought into the same lie that drives the agitated and miserable youth of today in its endless, and chiefly unrewarding, pursuit of the new and “the now”.  I am tired of trying to catch up – in addition to the field in which I’m actually supposed to become an expert – with world and local news and opinion, on not one but six bookmarked online newspapers, indie films, music that they’re first to know about, knowledge of style blogs, youtube videos, house gigs, “the interesting line between kitsch cool and kitsch-kitsch”, activist fundraisers, exhibitions and flashmobs. I finally acknowledged to myself in the shower this morning, while nursing my scalp tension, that I’m never going to finish reading all the articles open in my web browser. Why? Because like most people my age, I have a concentration span of about five sentences, and a live newsfeed with more recent, more interesting, more up-to-date posts. More shit.

These anonymous faces of ‘Culture’, those interesting and active bodies who are supposedly this generation’s creative geniuses, can’t catch up either.  Traversing the surfaces as fast as we do, we are barely touching down.  My two cents’ worth (and it is only that, since I am nothing more than another echo in the cacophony of online media): people who seem in the know are mostly faking it. Knowledge these days is merely name-dropping. Because of the need to know so much about so many things, there isn’t enough time to think deeply about anything.  I am exhausted by the endless superficiality of everything artsy.  “Culture” in my opinion, is pornography – almost the real thing, tantalising in the moment, addictive even, but unsatisfactory and a bit nauseating. I do believe that somewhere out there, real artists and writers are making meaningful work, but many academics are no longer committed to enshrining them. Like teenagers trying to be in with the cool kids, those who actually know are forsaking their dowdy frocks and literary reverence, trying desperately to look like their frivolous and flighty cultural peers.  And I don’t like it.

Bring back high art, bring back the canon, the “masters” and experts, “the authority” on a matter: people who spend their entire life knowing few things very well, where each idea, like a good climax, enjoys lengthy foreplay, development, time and protracted pleasure. Academics owe it to the world to protect their boundaries, to decide on what is meaningful and enduring – on what is Art – and what will not live beyond its five-minute moment.

Is there any reason to believe they haven’t been faking it for hundreds of years? Perhaps the lens of time just selects the fakery that appears most meaningful.

Yes – the problem with ranting is that one does unfairly generalise! But I do stand by my point that not having enough time to think deeply about things is a problem, and one that relates closely to superficiality of content in art, culture and conversation.

“Like many another naif, these thinkers, reflecting on the manifest inability of their methods of truth-seeking … innocently generalize from their own cases and conclude that nobody else knows how to discover the truth either” 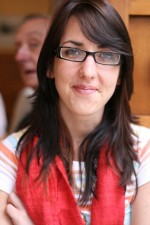 Denise Gray has just started a PhD on masculinities in male-authored SA fiction. She takes herself, and everything else, far too seriously and when she gets nervous she compensates by being unfashionably verbose and silly. She thinks people are beautiful and alternates between falling in love with and raging about them. From her mother, she inherited a desperate attachment to the colour red.