Sheets, feathers and snow in Marine’s ‘Waiting for the Barbarians’ 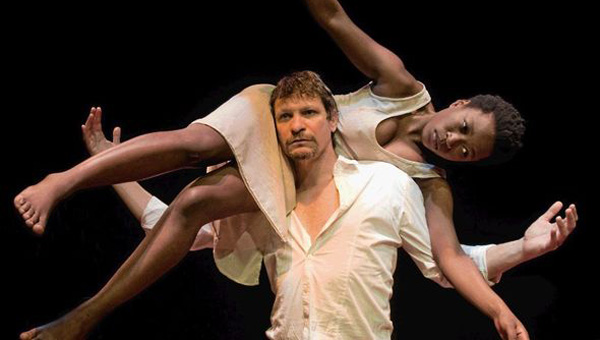 I was not expecting much from Alexandre Marine’s stage adaptation of J.M. Coetzee’s Waiting for the Barbarians (1980), for two reasons, both forged out of personal prejudice: firstly because, having grown up in the Eastern Cape where I attended the National Arts Festival for years on end, I saw enough experimental theatre to disabuse me of the idea that theatre is one of the great art forms; and secondly because I simply could not see how a theatrical production could compete with the novel. After all, this was the book that had brought Coetzee international fame. Out of curiosity more than genuine interest I bought tickets and took my father (visiting from the Eastern Cape) and a friend to the show.

When we entered the Baxter Theatre just before 7pm many people were milling about downstairs. I assumed that they were attending another performance as Waiting for the Barbarians was scheduled for the intimate space of the Golden Arrow Studio Theatre upstairs, a venue supposedly designated for more provocative and experimental work. Seating ourselves, we were perturbed to find that we were the only people in the audience. Literally in the last minute before the show began, however, downstairs quickly evacuated and the small theatre filled up with expectant faces.

In the first scene my heart immediately sank – why was the sinister, expressionless Colonel Joll now this cheery-faced buffoon with a jovial, pommy accent? It did not bode well. A good adaptation, like a good translation, must convey the affect and spirit of the original, I thought.

As the play progressed, however, I let go of my prejudices and allowed the deep imprint of the novel to recede slightly as I cross-referenced it with the play.

The narrative of Coetzee’s novel is arrested at significant moments by the Magistrate’s dreams, in which he encounters a child in a snow-covered square. In an interesting inter-semiotic translation that echoes the reality-dream mirroring in the novel, the action of Marine’s play is interspersed with visually surreal scenes. In the first of these, the narrative flow is interrupted as the barbarian girl appears dramatically in a white slip dress and writhes - in pleasure or pain, we are not sure - in a billowing white sheet. 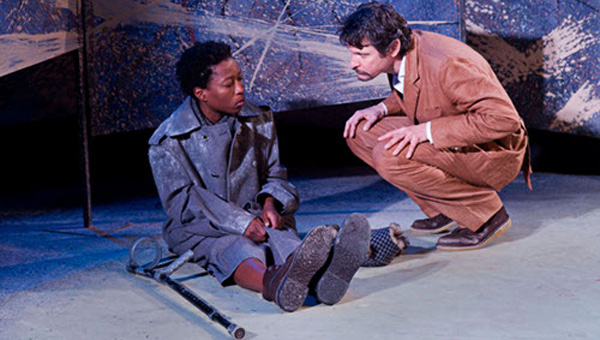 Evidently, many of the cast are trained dancers, which afforded an evocative repertoire of physical movement. Yet, where the novel is austere, this adaptation has burlesque moments, particularly in the sex scenes between the Magistrate and a prostitute named “Zoë” (which means “life”), who appears as a minor character with the nickname “the star” only in the first portion of the novel. An interesting aspect of the play is the foregrounding of this female character’s experiences and reality. Lifting her out of Coetzee’s narrative, Marine gives her a name, life and story of her own.

Wisely, Marine uses soliloquies in his adaptation, as the Magistrate often narrates his experiences directly to the audience, thereby creating resonance with the novel’s first-person perspective. (An analogous technique in film adaptation would be the use of voice-over narration).

During the interval my father said he thought the play could have done with more Beckettian touches: wouldn’t it have been interesting, for instance, to have Colonel Joll’s henchman attached to a leash held by Joll? A great idea, I thought, particularly since Coetzee has been so profoundly influenced by the work of that Irish-born writer.

As the barbarian girl, Chuma Sopotela was excellent. Grant Swanby, who played the beleaguered protagonist, the Magistrate of a small frontier settlement on the outskirts of Empire, did not let Coetzee enthusiasts such as me down, particularly when it came to performing the crucial scene where the Magistrate “translates” the inscriptions on poplar “slips” found on the site of an archaeological digging.

Soldiers played by Owen Manamela-Mogane, Anele Situlweni and Alistair Moulton Black performed amusing vignettes that drew chuckles from the audience (you can say what you like about Coetzee having a sense of humour, but Waiting for the Barbarians is not a funny novel).

In the second half of the play, the Magistrate is beaten and then tortured by means of a fake execution, an incident that also occurs in the novel after this character returns from a trip to repatriate the girl and finds himself on the wrong side of the Third Bureau. The sequence of events in the novel is respected in the play for the most part, and the play ends with an image of a snow-covered town square, though this time, as in the novel, it is not a dream but the Magistrate’s reality.

Coetzee’s Waiting for the Barbarians was inspired by Constantine Cavafy’s poem of the same title (though obviously in Greek), which articulates anxiety about the endlessly deferred arrival of unspecified “barbarians” in a city square. Coetzee began writing Waiting for the Barbarians a few weeks after the death of Steve Biko, and it is impossible to read the novel – or to watch the play - without thinking of Biko and many others like him who died under interrogation at the hands of the apartheid state.

But why the constant return to images of punishment and a snow-covered square? Coetzee was definitely not scripting recognisably South African scenery in Waiting for the Barbarians, and the blank surface of the snow does serve to echo the body of the barbarian girl who first appears to the Magistrate as a surface without apertures - but still, why snow? This was a question that always perplexed me, until by chance I taught Waiting for the Barbarians in an honours module while reading Joseph Frank’s biography of Fyodor Dostoevsky. Watching the mock execution of the Magistrate and seeing the various theatrical means that Marine deploys to render snow - a white sheet, and then white feathers - I was again reminded of this question. 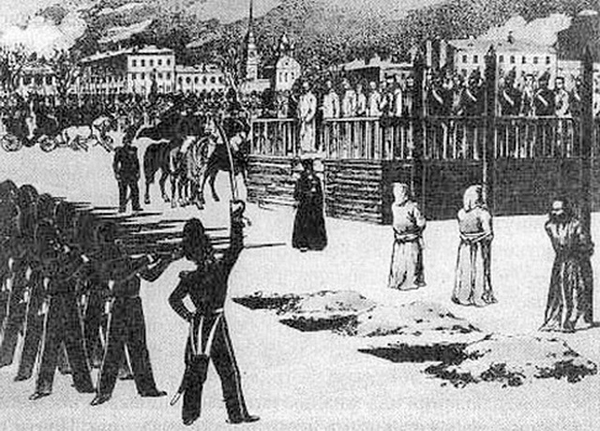 On 22 December 1849, after eight months of imprisonment, the young Dostoevsky, along with his “co-conspirators”, was led onto Semenovsky Square. The square was covered by newly fallen snow. Dostoevsky had been sentenced to death by Tsar Nicolas I, for having read aloud and circulated Vissarion Belinsky’s “letter to Gogol”, for having failed to denounce N.P. Grigoryev’s “A Soldier’s Conversation”, and for having made plans to print revolutionary material by means of a home lithograph. In an elaborate piece of punitive theatre scripted and orchestrated by the Tsar, three of Dostoevsky’s companions were tied to wooden stakes and faced a firing squad. Dostoevsky believed he would be next. At the last moment the prisoners were told that their lives had been spared, though they would be sent to Siberia.

“I cannot recall when I was ever as happy as on that day,” Dostoevsky wrote many years later. “I walked up and down my cell … and sang the whole time, sang at the top of my voice, so happy was I at being given back my life.”1

Fittingly, Alexandre Marine, the Russian-born director who adapted Waiting for the Barbarians for the performance at the Baxter, played the part of Raskolnikov in a theatrical version of Dostoevsky’s Crime and Punishment, and he also adapted The Possessed for the stage. “Waiting for the Barbarians” is produced by Maurice Podbrey, who returned to South Africa fourteen years ago from Canada, and was previously directed by Marine in a stage adaptation of Chekov’s “Uncle Vanya”.

The big questions of poverty, charity, idealism and the psychology of evil that Coetzee and the Russians, and that Coetzee and Dostoevsky in particular, mirror back to one another could lead us to speculate about universal human themes across very different contexts. But one should be careful of leaning too heavily on humanist discourse in discussing the work of these writers. Coetzee clearly distances himself from any such position. Moreover, institutionalised apartheid may have ended but the class structure and dire poverty in Tsarist Russia that Coetzee evidently found an echo of in apartheid era South Africa still plague the present day in this country, defying any uncomplicated humanist notion of liberation.

Like Beckett and Kafka, Dostoevsky is one of the great writers who are literary progenitors of Coetzee. His shadow lies upon the snow in Waiting for the Barbarians, and his presence floats in the air in the sheets and feathers of Marine’s play.

Wonderful piece of writing which is much more than a review of a dramatic performance. The link between an incident in the life of Dostoevsky and Coetzee’s book acknowledges a fine piece of intertextuality which adds to a better understanding of the work.

Whoever said that criticism in South Africa is in a parlous state has not read this superb review. 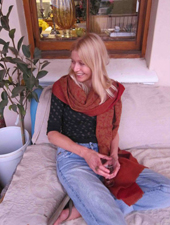 Lucy Valerie Graham grew up in the Eastern Cape. She has a doctorate in South African literature from Oxford University, and her book, State of Peril: Race and Rape in South African Literature, is forthcoming from OUP in 2012. She lectures at Stellenbosch University.