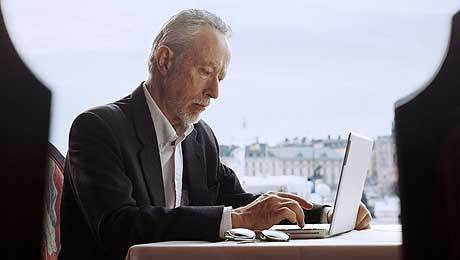 It was with some intrigue that my J.M. Coetzee google alert recently informed me that the elusive author had published something new; this time, apparently, in a contribution to a book celebrating, of all things, Australian cricket.

I have an acquaintance in Cape Town – a professor at a well-known South African university – who, in a vain attempt to divine the inner life of Coetzee, allegedly took to pilfering trash from the rubbish bins outside his Rondebosch apartment. If the apocryphal memory serves, it did little to cast light on the famously private author: yes, he is a vegetarian, and, yes, he would throw away untold invitations to public, or semi-public, events.

Such is the desperation of the Coetzeephile, for it is an unrequited love – stealing on scraps in the wake of a stubborn and professional recluse. I confess my allegiance to this flock. It has, at times, bordered on the obsessive, and, on the rare occasion that I encounter another devotee, it can render dinner party conversation arcane and alienating for the interlopers in our midst.

In a high water mark, I once had an email exchange with the master, in which I alerted him to the ANC’s critique of Disgrace in their submission to the Human Rights Commission’s hearings on Racism in the Media. If conspiracy theorists (John Lanchester, Hermann Giliomee and the DA spring to mind) are to be believed, my next act – faxing a copy of the ANC’s submission to the University of Cape Town’s English Department – was directly instrumental in Coetzee’s decision to leave South Africa for the antipodes. Having transmitted the document to Coetzee, I ventured a request for an opinion of the ANC’s critique: He thanked me, but stonewalled; he would prefer not to comment.

The news that he had contributed to a book entitled Australia: Story of a Cricket Country rankled slightly. It appeared that the South African Nobel Prize winner was now actively ingratiating himself with the Australian conspiracy that he is, on the basis of his meager sojourn in that country, in fact, an “Australian writer”. Such an open display of apparent Australian jingoism would rank only slightly lower on a scale of treason than the thought of a South African participating in an exercise documenting Australian cricketing excellence.

Thankfully, having finally tracked down the elusory text, there is little evidence of either betrayal. Instead, in a volume otherwise dedicated to chronicling the wonders of Australian manhood, giving the poms a good stuffing, and sub-urban pastoral life, Coetzee treats us to the vision of the author, twelve years of age:

… huddled over the radio in the early mornings while the rest of the household was asleep. I followed the exploits of the Springboks in Australia.

Cricket is a game steeped in tradition and nostalgia, beloved of pedants throughout the former British colonies (those of North America, excepted). Coetzee’s contribution here is to save from the gnawing of the mice the exploits of “fifteen unsung South Africans and the revolution in fielding”, in his recollection of the South African tour of Australia of 1952.

The chapter recalls a time when the Springbok cricket team (the Proteas since South Africa’s post-apartheid re-admission to international cricket) – now at or about the top of the international game – constituted, together with India and New Zealand, “a second league among Test-playing nations” playing second fiddle to “England, Australia and the rising West Indians”. The Springboks at the time, as a consequence of “[fielding] all-white teams, had no cricketing relations with India or the West Indies”, and were, as a consequence of the limitations of a racist, class bound, and ethnic cabal – “white, middle-class, English-speaking [having] gone to private schools with a strong emphasis on sport (‘games’)” – rather rubbish:

In two postwar test series against England – an England that included Len Hutton, Denis Compton and Alec Bedser – the South Africans had not won a single match. In their sole postwar series against Australia, played at home, they had lost four Tests by big margins and drawn a fifth.

So rubbish, in fact, that:

… the South African cricket authorities had had to provide a financial guarantee of ten thousand pounds to induce a reluctant Australian Board of Control to accept the visitors.

In an effort to forestall another capitulation to the rampant Aussies, the Springbok Captain, Jack Cheetham, and manager, Ken Viljoen,

felt free to try a novel strategic approach: to give top priority to fielding, using this hitherto underexploited department of the game as part of the attack. To this end they ran an exacting schedule of fielding practices and expected a level of fitness unusual among cricket in those days.

I am just old enough to remember an era when it was quite normal, quite acceptable, to field a team in which there were one or two players who had butterfingers and needed to be hidden at fine leg or third man, or in which senior players with creaky joints would be earmarked for the slips; when it was more or less accepted that while younger men might dive to stop a ball or race to cut off a boundary, such spectacular exertions were not really expected of established players.

After 1952 the relaxed, anything goes attitude towards fielding began to change visibly – certainly in South Africa, but also in the rest of the world… one could detect a hardening of feeling among spectators against incompetent fielders and generally against teams that seemed simply not to be doing their wholehearted best in the field.

Ultimately, the Test series with Australia was squared with the Springboks and Baggy Greens winning two a piece, and drawing one. Coetzee thus frames the exploits of these childhood heroes, as laying down

something of a landmark in the history of the game, at least for forms of the game played under a critical public eye. Not only would good-hearted public tolerance of incompetent fielding henceforth begin to evaporate, but it had been convincingly demonstrated that a middling group of players could be moulded into a winning team around a core of excellence in fielding, the department of the game in which the quality of the ensemble – as opposed to the qualities of individual players – comes out most clearly.

So fellow travelers, what, one may ask – superlative use of punctuation aside – is there to divine from these fine lines? Perhaps Coetzee, adrift from the country of his provenance, is purposefully cocking a snook to those who now claim him in their name? Perhaps it is nothing? I have always argued that South Africa did not lose Coetzee to Australia – he continues to maintain a home in Cape Town, after all (was he previously “lost” through his many years in the UK and USA?) – and it is clear, in these and other writings, that wherever his cosmopolitan life now takes him, South Africa remains deeply etched in his mind, memories and work. “I did not leave South Africa because I had to,” he has been quoted as saying. “In fact I didn’t so much leave South Africa – a country with which I retain strong emotional ties – as come to Australia.”

This article first appeared on the media blog Africa is a Country and is featured here by kind permission of the editors. 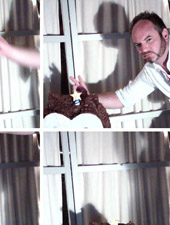