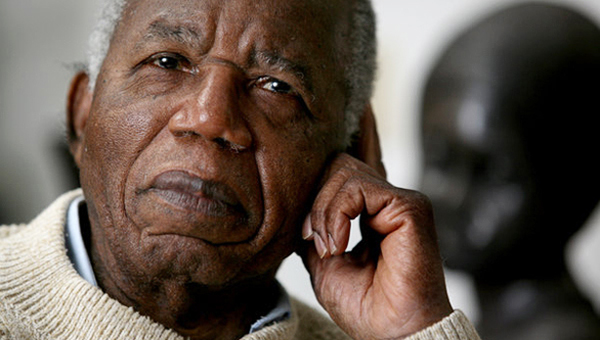 Age was respected among his people, but achievement was revered. As the elders said, if a child washed his hands he could eat with kings. – Things Fall Apart.

It is not a surprise the amount of tributes that have poured in from around the world following the passing on of perhaps Nigeria’s greatest ever writer. Chinualumogu Albert Achebe died last week, aged 82. Why was Chinua Achebe so readable and Wole Soyinka almost inscrutable? The former was a writer, a storyteller – the latter is a poet who just happens to write.

Chinua’s telling of stories and his command of the English language was such that the moment you picked up a Chinua Achebe book, putting it down became almost an impossibility. His understanding of the culture of his Igbo people, my people, was also virtually unrivalled. A lot of the Igbo proverbs I learned first, I learned from his magnum opus, Things Fall Apart. However, when talking of a giant of literature such as Chinua Achebe, it is plain wrong to use the phrase magnum opus to describe his work. His craftsmanship as a storyteller was such that he had a plethora of work that made up his magna opera.

As compared to a lot of people, Achebe was a man of character, who refused not one, but two national honours because he was not at peace with the way Nigeria is being run. If only our government(s) had been reading.

No Longer At Ease, his second novel, and in many ways more poignant than Things Fall Apart itself, is a book that peers deep into the Nigerian psyche and foretells in more ways than one the emergence and eventual proliferation of Nigeria’s current national malaise, corruption.

“It is all lack of experience,” said another man. “He should not have accepted the money himself. What others do is tell you to go and hand it to their houseboy. Obi tried to do what everyone does without finding out how it was done.” He told the proverb of the house rat who went swimming with his friend the lizard and died from cold, for while the lizard’s scales kept him dry the rat’s hairy body remained wet.

In this passage, describing the reaction of the Umuofia Progressive Union after Obi Okonkwo had been caught for bribery, Achebe tells us about our own complicity in this culture of corruption that is destroying our country. The truth was that the members of the Umuofia Progressive Union were not concerned about the fact that Obi accepted bribes. Rather, their grouse was that he accepted bribes without covering up his tracks. This, up until today, half a century after those words were set in stone, is the root of our disease.

The seer that he was, Achebe peered into our psyche even in such a “mundane” thing as our stamina as a people. In Arrow of God, Ezeulu, given the power to make decisions on behalf of the god Ulu, would not dare test that power. But his people were quick to abandon him on his return from prison, because of the “small issue” of being unable to harvest their yams. The conversion of the people of Umuaro to Christianity because Ezeulu did not perform the New Yam Festival, foretold our inability to weather storms as a people, together. A failing talked about by another Nigerian great, Fela Kuti, in his Sorrows, Tears and Blood.

But Chinua Achebe was not just a writer about culture, tradition and the contemporary. One of the first books I recall reading was Chike and the River. Being ethnically from that region but hailing from another part of the country, I began, at that young age, to appreciate the vital importance of the River Niger to commerce in our environment.

Chinua, as he grew older, and especially after Nigeria’s devastating Civil War, became more introspective, and tried to, in his own literary manner, warn us about the road we had taken. A warning that as a people, we have failed to heed.

In yet another seminal piece, The Trouble With Nigeria, Chinua said, “In spite of conventional opinion Nigeria has been less than fortunate in its leadership. A basic element of this misfortune is the seminal absence of intellectual rigour in the political thought of our founding fathers – a tendency to pious materialistic woolliness and self-centred pedestrianism.”

There you have it. He was probably the first to identify something that a few Nigerians are beginning to come to terms with, that our founding fathers were not all that. Such was his genuine insight into the character of this country that he called home.

In his last book, There Was A Country, there came for the first time since I started reading him, long passages that I disagreed with. However, one cannot fault what he wrote because he clearly stated from the beginning that the book was a personal history. That personal history was perhaps his greatest gift to Nigeria. Mistakes were made in those dark years between 1966 and 1970. Those mistakes are finally being documented by some of the people who went through those days. We MUST learn from it.

Regarding the man, it is simply impossible for an iroko tree to fall and the forest to remain quiet. The tributes and obituaries that have poured in from various parts of the world should be a pointer to the younger generation of Nigerians. Chinua Achebe was by no means a wealthy man. He was not a pauper either. But by using his God-given talents, he achieved global recognition. Now that the curtains have been drawn on his life, we can all sit back and see how the world treats a genuine icon. He lived to a grand old age. He was also an achiever. And the world has now shown, it is not only among ndi Igbo that achievement is revered. In publishing Things Fall Apart at age 28, Chinua washed his hands early. And Kings invited him to the table, such that he had the luxury of choosing what banquets to attend, and which to reject.

This article first appeared on the media blog Africa is a Country and is featured here by kind permission of the editors. 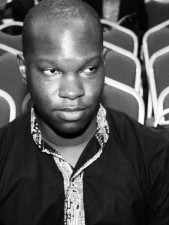